We are in the middle of a sermon series at church called, Thy Will Be Done.  Taken from the words Jesus gave us in the Lord’s Prayer, the timing of series is a bit eerie as my family faces an event that is so dependent on only God’s will.

It is His will and things happen in His time, but I want to ask for more.  I want to ask, beg for the Lord’s abundant favor because, well, this is important - this is big.

My friend, Emily, sent the best prayer when I asked her to pray for this situation.

Lord, please be in this. Breathe life into E. Give strength and comfort to J and to Matt and Dana. This situation is so complex and yet you knit life together so often. You know the future of these embryos, Lord. You understand everything, more than we can fathom. You feel the hurt and you rejoice in the goodness. You are good. You are always good. You are life. Lord, hear our prayers!

The last two embryos were implanted into their adoptive mother on Wednesday. Everything went perfectly but now is when the prayers are most needed.  Our families are praying fiercely for these babies to survive the next few weeks and that their parents receive a positive pregnancy test.  Then, the prayers will change to their growth, development and ultimately a healthy delivery.  This is where God’s will comes into play, well, actually he has been in all of this - seriously. It has been an amazing God’s timing, God’s people series of events.

If you know me in everyday, real life then you probably know about the sextuplets and if you are completely lost, thinking possibly Matt and I are having more children then please keep reading.

I learned very early on, like before our first date that Matt and Nici had six embryos frozen before her first round of treatments in hopes that after chemo they would begin a family.  That family was not in God’s plans for Matt’s life, but he made a strong vow that these six babies would have a chance at life.

On our third date, before we had even kissed, after a few beers were consumed, I gave Matt a big offer.  I guess with visions of John and Kate plus 8 running through my head I offered to carry and birth his children.  Yep and to think he still married me.  That would not be the last time I offered to have the children I lovingly call the sextuplets.

Shortly after our engagement, Matt started working on the adoption papers to find the sextuplets a loving family.  He was not doing this because he was about to marry a crazy woman, but he felt that it would be unfair for a child of his and Nici’s to be born in our marriage.  Not to mention just the pure heartache that would probably be there, you know?

Years passed and each April when we would pay our storage fees for the embryos I would ask, “Are you sure you want to adopt these kids out?  We can have them if you want.”  Even, after the birth of Morgan, I was asking.  I went between “is he holding onto them for a reason?” and “is my husband really that big of a procrastinator?”.  It really was a complicated, full of feelings mixture of both.

Then, one day God stepped in only a way that He could pull off.  He worked, again, through one of my dear friends.  That friend had heard my telling of the sextuplets' story many times and knew the struggle Matt and I were both having with the situation at hand.  Then, I am telling you in a Holy Spirit way, she read a post by an old friend on Facebook stating that she and her husband were looking to adopt embryos.  And the universe aligned.

As the adoption talks began almost two years ago, I stepped back and offered support, but did not want to be a part of the decision making because even though there was a very odd attachment that had grown between me and these children, I am not their biological parent. I hope that makes sense and doesn’t come across as if I do not support their adoptive parents because I do, 110%.

This really is one of those situations that is stirring similar emotions to the way I feel about Nici - I am just shocked at the emotions that these sextuplets bring up in me.  How in the world can I love children whom I have never met?

The past two years have brought peaks of joy and pure despair.  After the first two embryos were implanted we quickly learned that E was pregnant.  Heartbreakingly, we received news sometime later that E had a miscarriage.  The loss was a blow to all of those involved.  When J and E were ready, they implanted the second two embryos, but those babies did not survive the implantation.  Heartache, again, waved through our families.

Many months passed and we received an email from J saying that he and E had healed from these tragedies and they were ready to implant the final two embryos. Honestly, this is when serious fear set in for me.  The next few months will either bring joy, complicated yes, but still joy or something so very final.  Our families are facing the prospect of there being a little Matt/Nici combination walking this earth or the finality of this story.  Ugh, that is so hard, so emotional.  So much that we cannot do, all of which we have to give to God.

And this is why I am asking all my prayer warriors to pray.  Please, please pray.  We want life, we want survival, we want good to come out of this story. 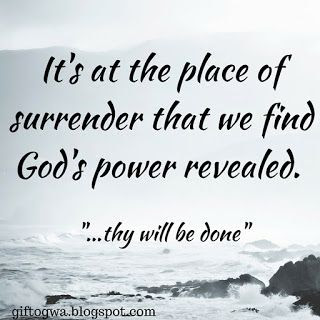