Yesterday, our household successfully finished the first day of school, finally. Let me take you back a few weeks.

On the week of August 20th, Bekah and started preparing for school by timing the walk from our house to the front door of her new elementary. 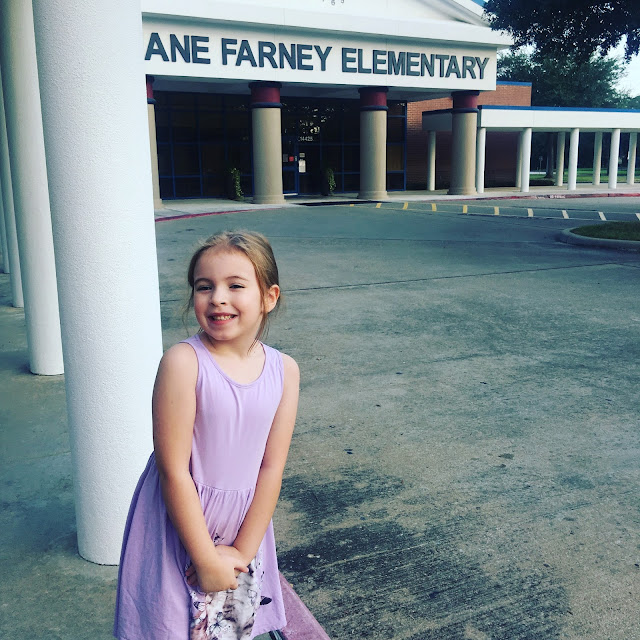 On Thursday of that week Matt and sat through our much needed Kindergarten Parent Orientation, but my mind was so distracted by the fact that a guy name Harvey was a about to spin into our town. We left the meeting, spent a good hour bewildered by the site of empty shelves at our local HEB, then received a frantic phone call from Shelby who was watching the littles. Morgan chose the night before a hurricane's planned arrival to have her first emergency room visit. 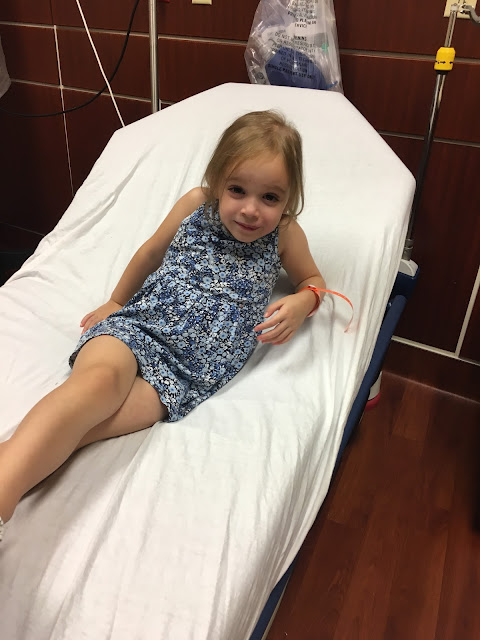 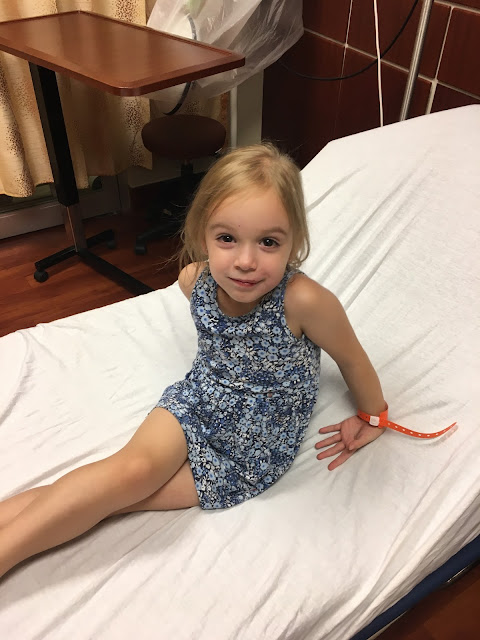 Come to find out we may have slightly overreacted, but I am telling you it looked like she had been stabbed in the face, there was blood everywhere. Miss thing took a nose dive (or was catapulted off - depending on which story she wants to tell) off a recliner and landed face first onto a pile of toys. She wound up busting her lip and scrapping all the skin off her gums (hence the blood). 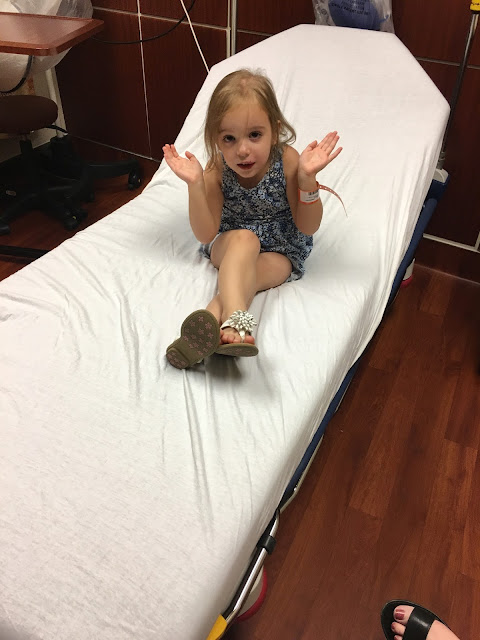 At first she was planning on staying overnight telling us about how she was going to eat dinner on the silver tray (that holds medical tools normally), then she moved to "what is taking these people so long." We were seriously there for no more than fort-five minutes then proceed to spend an hour at the pharmacy with frantic people trying to get their prescriptions re-filled before the storm. As our favorite dentist, Dr. Joe said over a week later (we were supposed to go in right away, but Harvey) it will be unremarkable and that's they way it's healed, not a single sign of trauma.

The next morning Bekah and I walked up, in the rain, to the school to meet her teacher, who we already love!!! 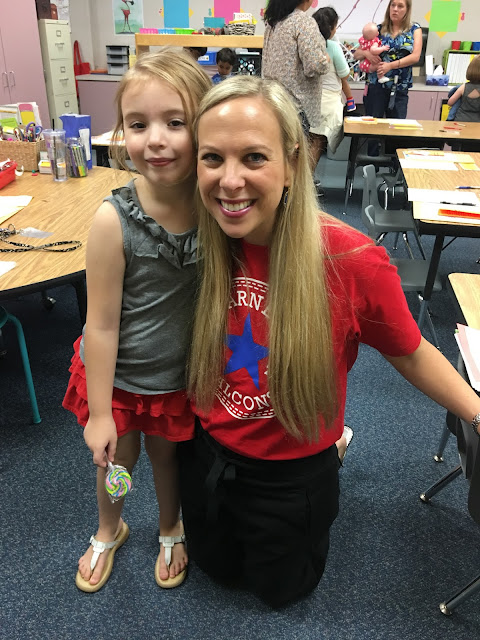 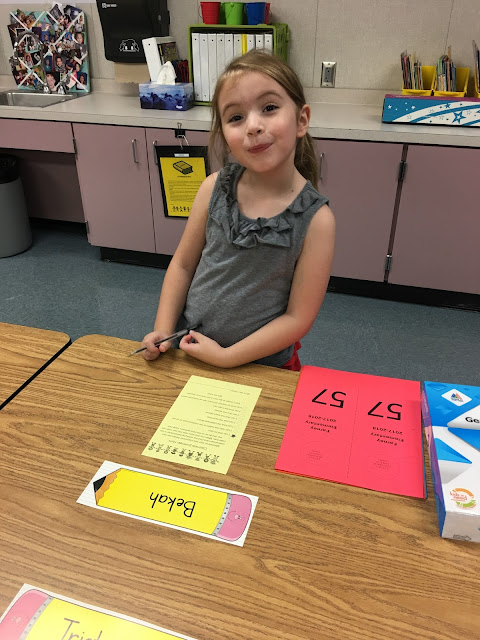 We talked to her teacher about Bekah's need to lighten up this year, we will see how that goes. 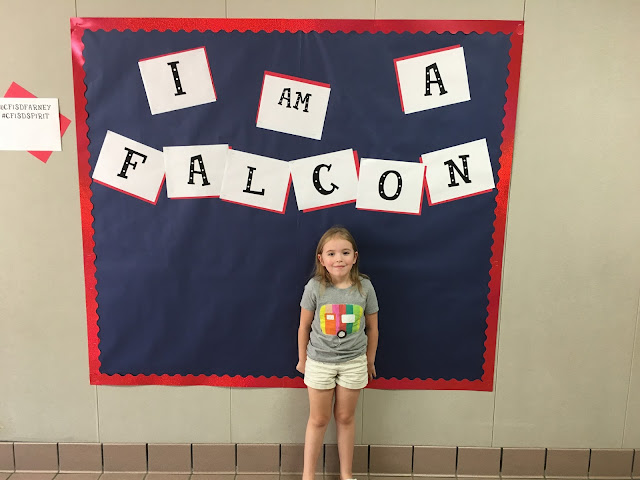 Later that day, which was Friday, I got to talk to my other girls, the college ones! I got dorm tours including a look at their food supply. We talked about stranger danger and what to do during a tornado. I love these girls and LOVE how much fun they are having! 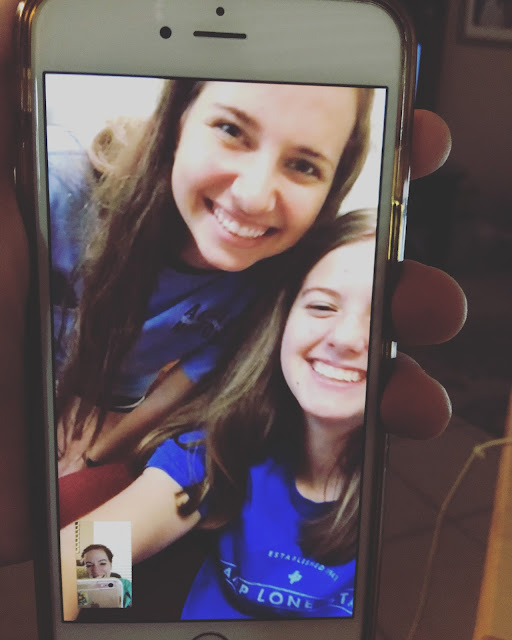 I hate to even type this, but on Saturday I kind of enjoyed Harvey. Having everything closed and everyone hunkered down gave me prime opportunity to organize and prepare for school the following Monday, but all that relaxing quickly faded as the tornado warnings started going off and I can say, "things got real, really fast." 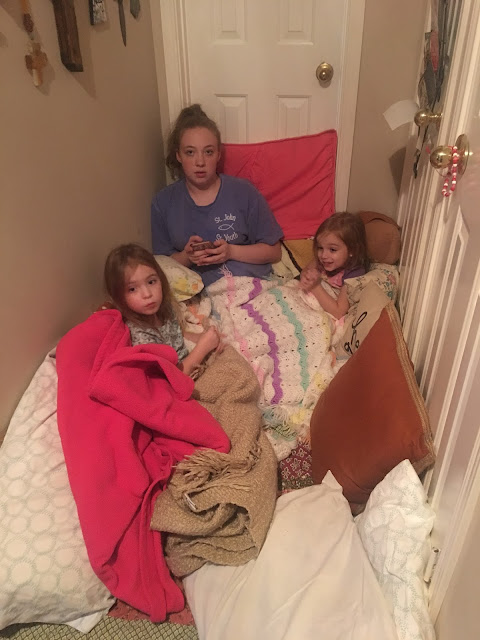 We spent just about all night moving the girls into our of shelter, we all slept down stairs as the wind blew in and brought the massive rain. I slept, maybe, two hours that night after I realized how fast the water was rising outside of our house. I was just praying for the sun to come up quickly. 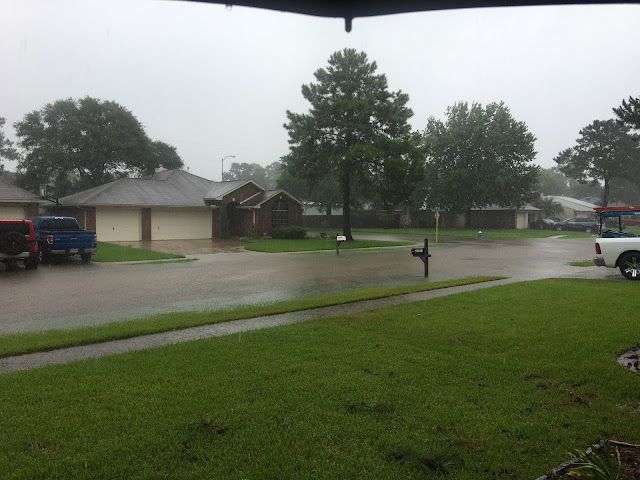 Even though the water came up way higher than it ever has before, we were spared. I could go into a entire post about the week that followed, the tears for friends as they evacuated their homes on boats, the tears for people in our community who lost everything in side their homes and for the lives that were lost during Harvey. It was a week I don't want to re-live though signs of him are still very present.

Morgan got to return to school after just a week delay. 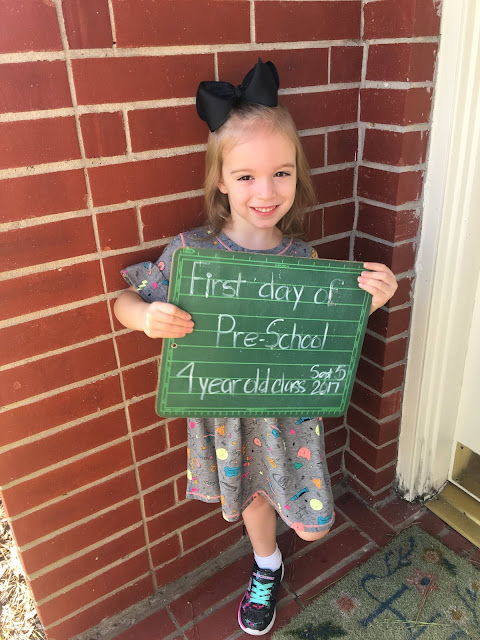 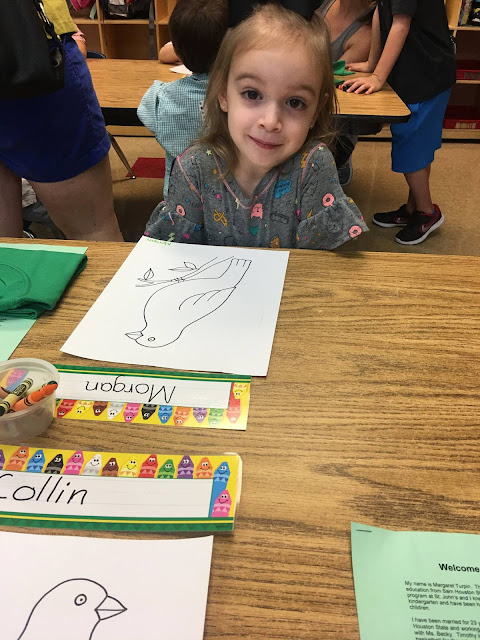 Bekah and Shelby were with me for another week before going back to school.

Give me a minute to catch my breath because this girl started her Junior Year in High School while also turning 16 in the same week. But she hasn't yet realized that I HAVE TO take a picture of her every single year! 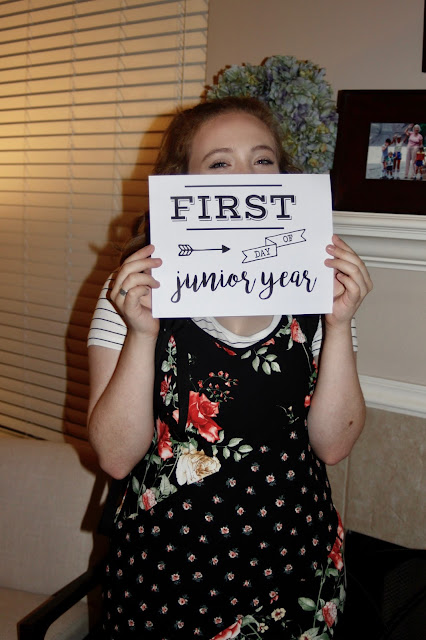 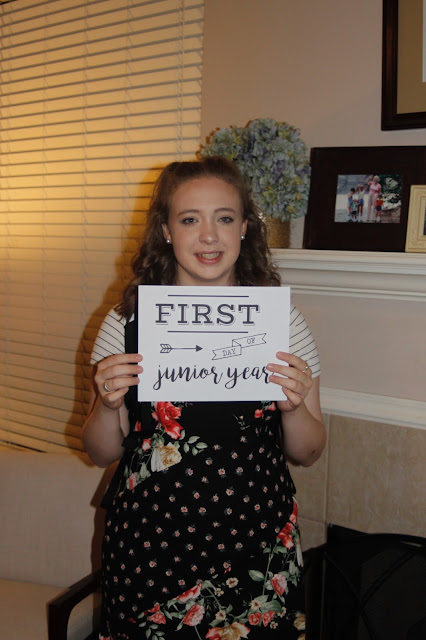 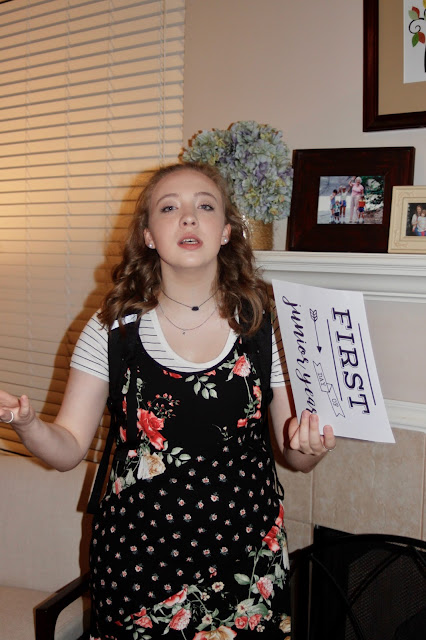 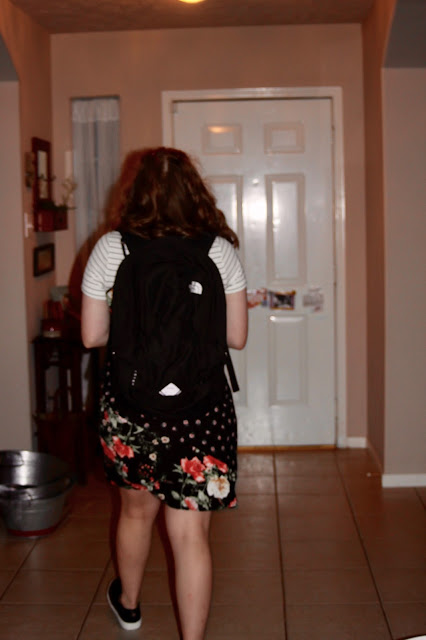 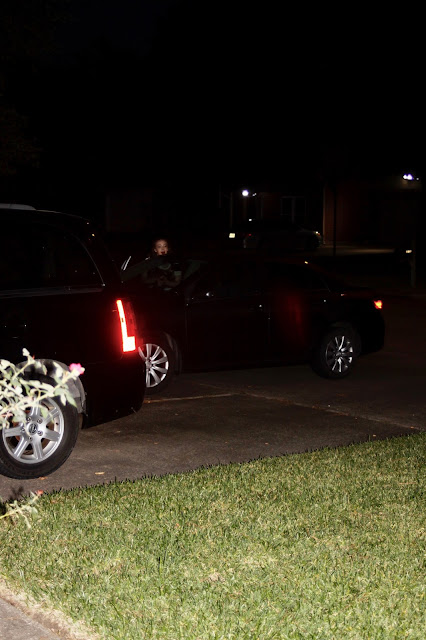 Speaking of crying, I was actually able to hold it together for Bekah's first day. I only believe that was possible because I was so busy at work and that distracted from the fact that I have a kindergartener already. 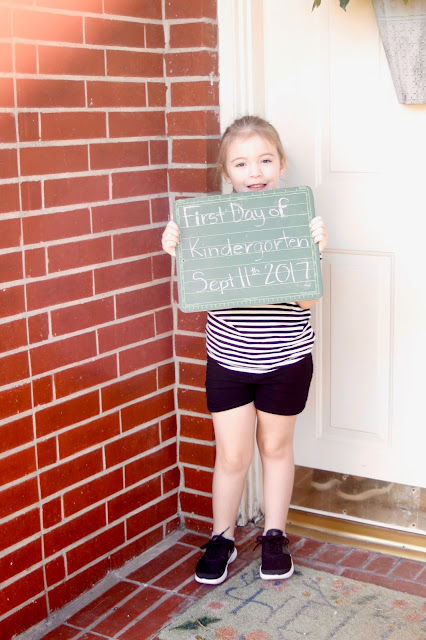 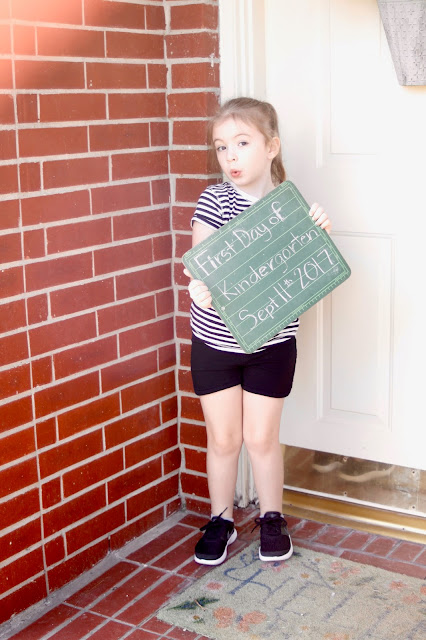 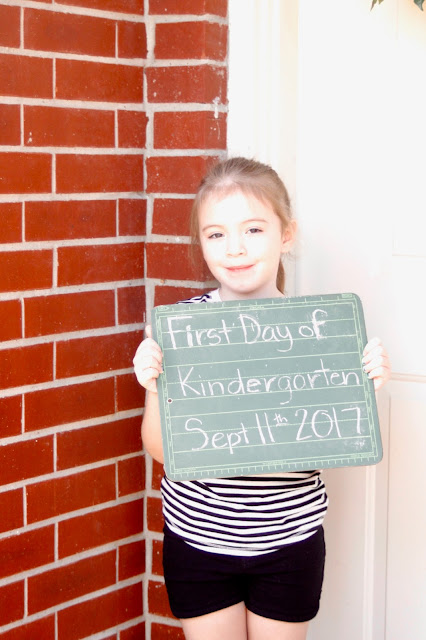 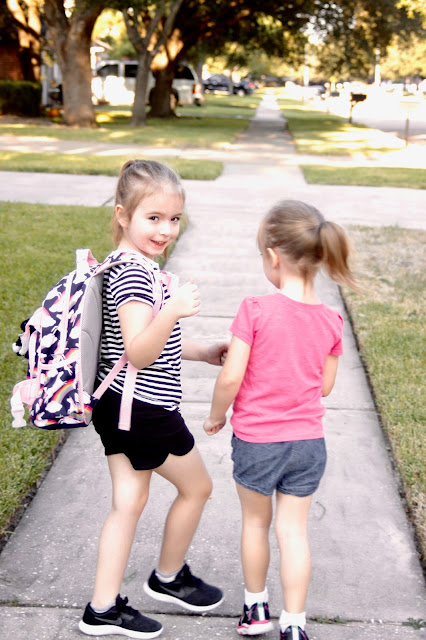 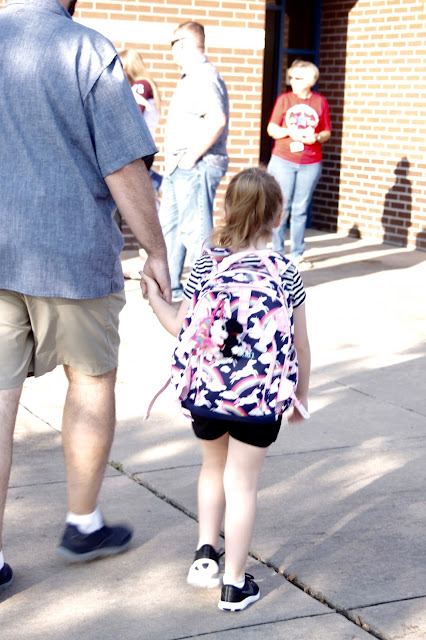 It felt good, this week, to get back into a schedule while establishing new routines. I have loved the conversations that happen while on our school walk. 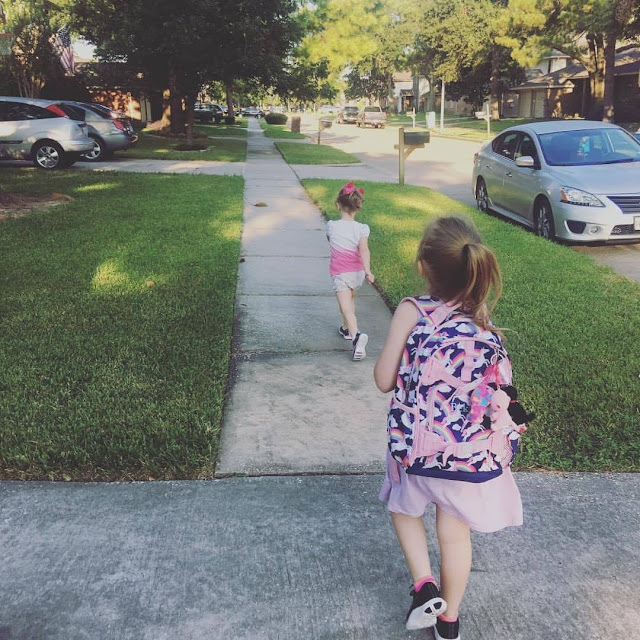