Dots on a Page, a Successful New Adventure

Yesterday was a big day.

A big day that made me unnecessarily nervous. 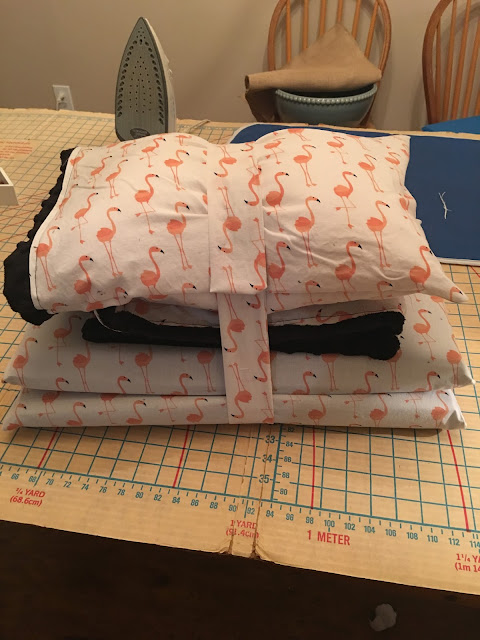 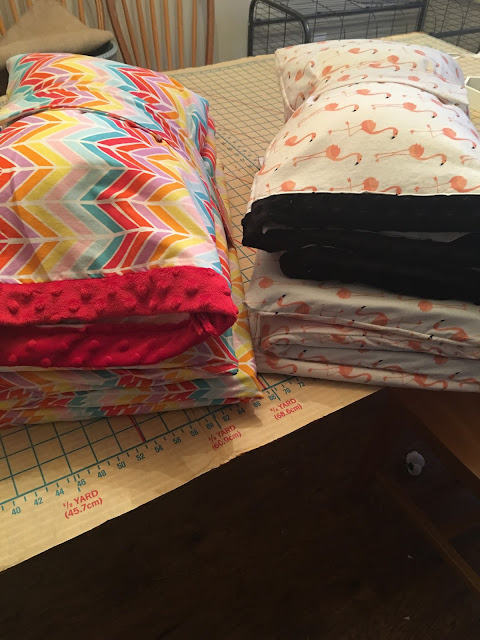 I over prepared by making nap mat covers and putting together the perfect lunches. 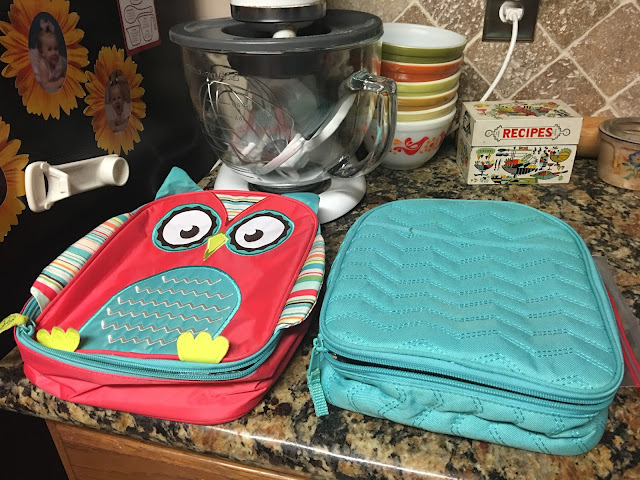 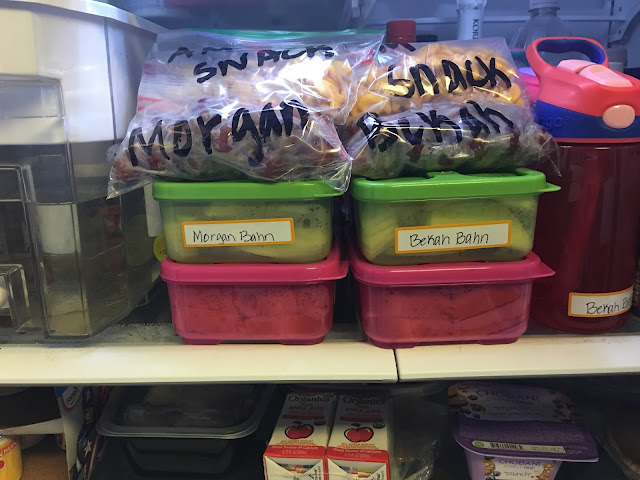 We bought the perfect backpacks. 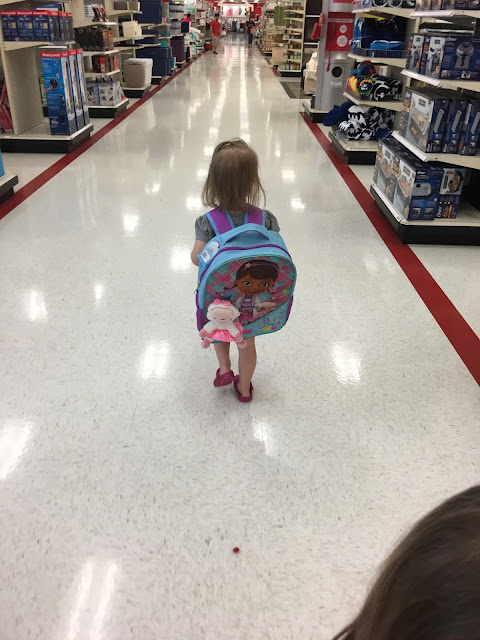 I laid everything out the night before, like they were headed to the first day of elementary school. 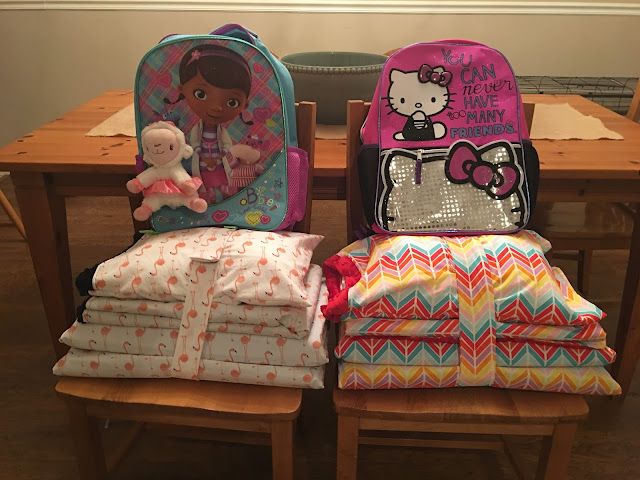 But really, my Littles started their first day at Preschool - Summer Camp Preschool, mind you.

Shelby will be 15 in September, she started daycare when she was 3 months old. She has had 10 first days of school. She will tell you that as the years have progressed I have become less and less neurotic about the first day of school. I don’t over plan anymore and I sure do not dare pick out what she will wear on the first day. I have walked this day so many times before that I never imagined it would hit me like it did.

I was stressed, I was nervous and I was so emotional (but I have to say I didn’t cry). I think it is one of those blink of an eye things. I blinked and they became three and four - it happens - I do not like it at all. 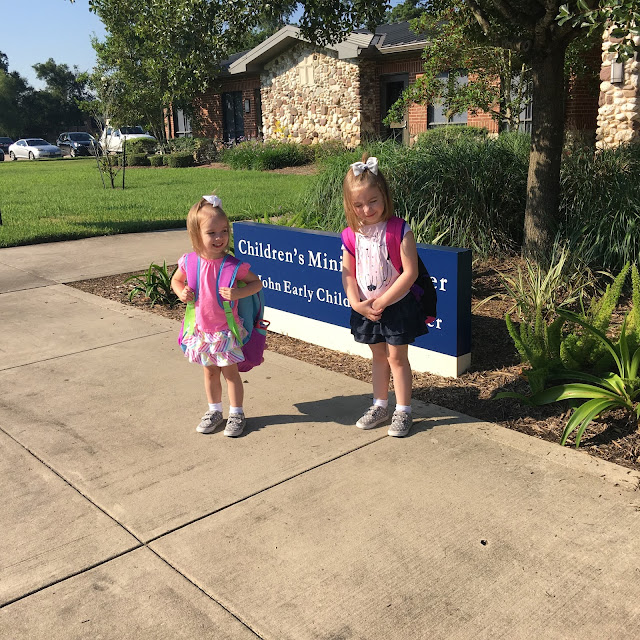 And my stress was so uncalled for because they did perfectly. They were excited, well, Bekah was excited. 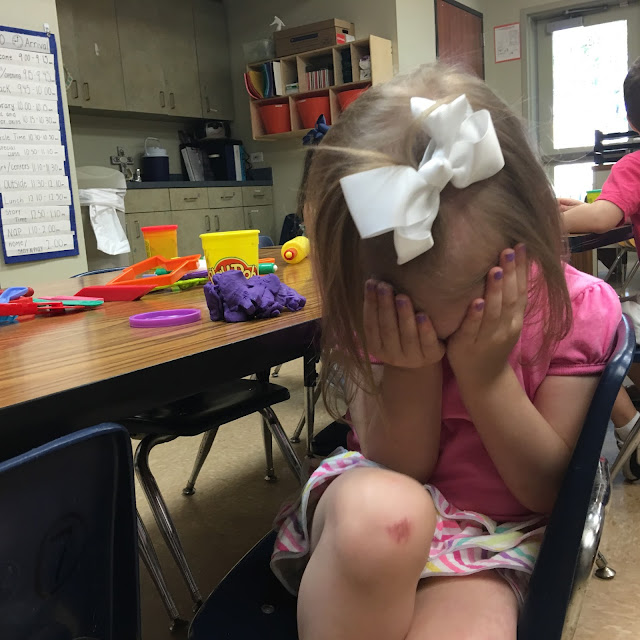 I left Morgan playing with play dough and she was fine, just a little spoiled.

I walked back past Bekah’s room and she was busy at work on her masterpiece. 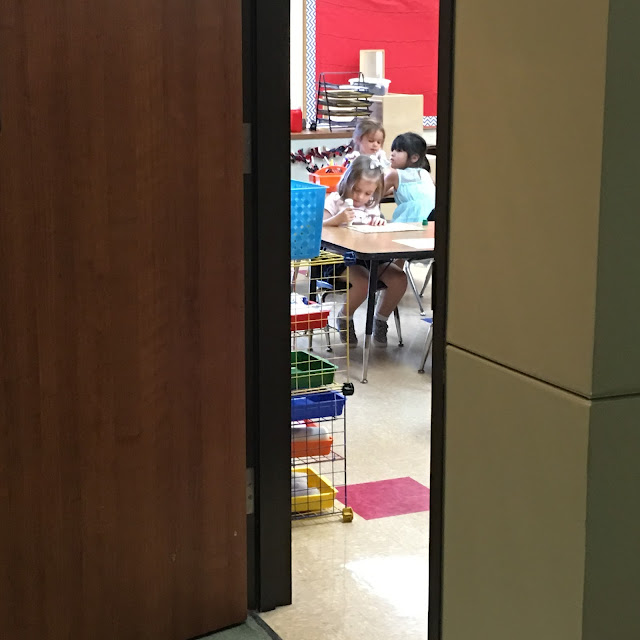 Granddad even came by to see them on their first day of school. I walked with him to Bekah’s classroom where he was greeted loudly by other students who have known his face for years. Bekah, on the other hand, was a bit too busy with the experience of using a Bingo Dauber (is that  the technical term?) that she was kind of like “Oh hey” and then went back to work.

He was able to get her to smile for a picture. 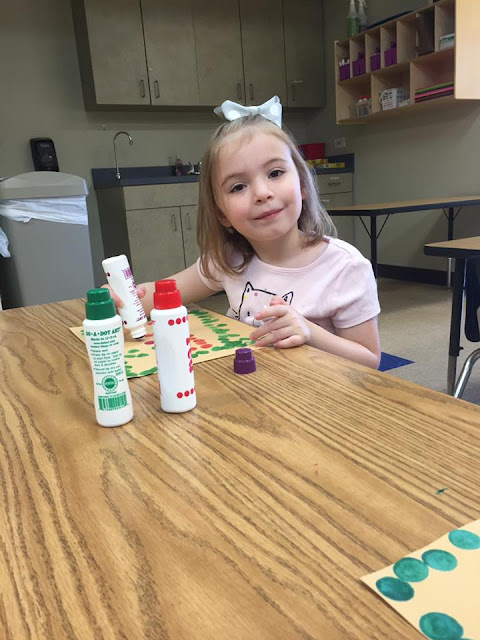 My nerves were so wracked that I couldn’t even get my log-in to work. When I was asked, “what is your child’s name?” my response was “Shelby.” Thank goodness, two of my favorite preschool workers were standing right next to me and quickly said, “She means Morgan and Bekah.” It’s crazy how emotional yesterday was.

With both of the littles in preschool, Shelby and I were given a chance to have some much needed one on one time (no pictures were taken). We shopped for an upcoming birthday party she is attending and did some much dreaded bathing suit shopping. Know where I can get a vintage inspired high-waisted two piece for a teenager?

We made it back just in time to pick-up the girls from school. Morgan was still napping when we got there. 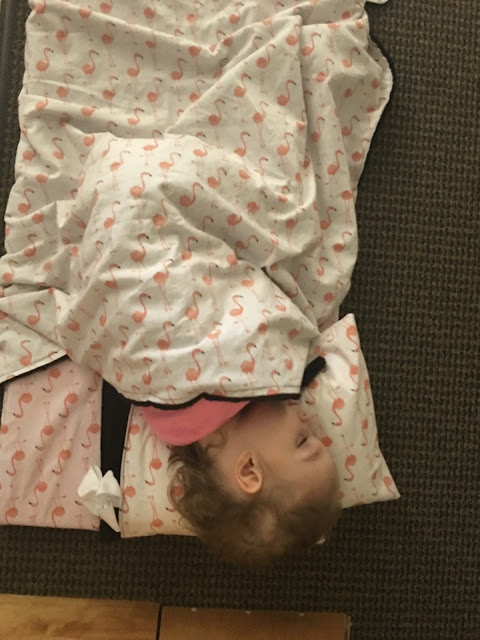 One of her teachers said that her only struggle was doing what the entire class was doing. Morgan prefers doing her own thing. She said, “I told her, ‘Morgan, you are really cute and I hate to tell you no, but you have to come sit with the class’”. I expressed that I hoped they would take some of the spoiled out of her, to which her teacher said, “It’s okay to be a little spoiled.” That Morgan, she has every wrapped around her little cute finger.

I found Bekah reading a book in her classroom and as she ran to the door she said, “I had such a great day, mom!” Her teacher said that she is so funny and so animated - that’s my child. You should have seen her hands move and her head bob as she told me about her day. I just love that girl so much.

So, I have to admit that I have a plastic tub (or maybe I actually parted with it in the move) that has pieces of paper with scribbles through actual art that Shelby has created for the past 14 years. I know, it is major over kill and a space killer. So, I think my plan with the littles is to document their “art” through pictures. I may even do weekly/monthly posts that capture what they’ve done in preschool. 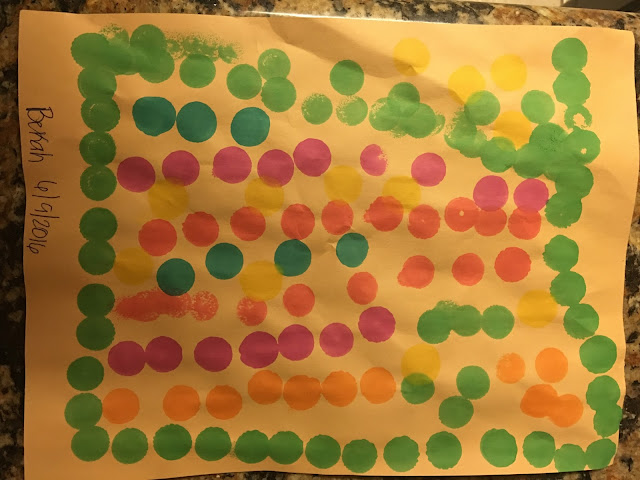 I just have to eventually let go, I did hold this last night and thought, hmmm…could I frame this? You see dots on a page, I see a great reminder of new experience, a first day - a successful new adventure for her.
Posted by Dana Rae at 8:18 AM

Labels: Being a Mom, Bekah, First Day of School, Morgan