It’s been awhile since I’ve posted actual “writing” to this blog (almost two weeks), so I’ve decided to go back and pull an entry from my journal for you. We are coming up on a month since I came to the full realization that I had opened a big ‘ole can of grief while going through My Story this past year. This journal post was written right around that time and though I have healed some (I am now functioning), I still have a road to walk to be where I can say that I am fully healed.

In elementary school I was a Red Rover All-Star (probably self proclaimed, but still). I was always able to examine the wall my school mates had made, standing side-by-side with held hands. I knew how to pick out the weak link, the one child who was already cringing (usually a friend of mine) thinking “please, please don’t run through me.” Back then Red Rover was a really competitive playground game right up there with tether ball, but not as competitive as crab soccer that we would play during PE. (I just took my two best friends right back to the smell of the gym and the realization that our gym floor was so dirty) Anyway, back to victory, I would run full force (which really isn’t that fast - not much has changed in 30 years) colliding with the grip she had of another person’s hand. Then there would be cheers from my team, as I grabbed my friends now swollen hand and skipped back to our side of the field.

I loved that game. If I had more than three children we would play it everyday - that and duck duck goose (yet my incoordination always made it difficult to get up and then proceed to run after someone - always falling, always falling).

One Spring morning in North Texas while honing my Red Rover skills I broke through the line with such strength that it catapulted me and sent me skidding across the gravel. Now, that I think about it I either broke through or the girl let go (which you know always happens due to fear - hmmm…that could be a separate blog post for later). I remember jokingly saying while holding back tears, “Well, I wanted to wear all red today anyway” as blood ran down my legs and arms. I think that was the year I dressed monochromatically and that day I just happened to be red day as I wore “peddle pushers” (as my Meme would say) and a red top (more than likely made by my Meme). It’s funny the things we can remember from the second grade with such detail, but I struggle to remember what I ate yesterday.

My fall that day caused a pretty serious case of road rash on my legs and arms.  In the days that followed not matter what I did there was pain. Medication would relieve the pain for a time, but it always returned. As I cried my mother would explain that my skin was “raw”. “You rubbed yourself raw” I can hear her saying.

That is really the only word to fully describe how I stand today. Everything hurts, nothing short of medication will help numb the pain. Medication for me would of course be  alcohol (that which I am trying to avoid except I did have two margaritas Friday night - just keeping it real).

Quite literally, my body feels painful along with my heart. I can let a trigger catch me, then a switch in my nervous system moves to full tilt. I get a tingling through-out my body very similar to the feeling you have after you’ve been scared (way too similar to what my body does during a panic attack). I think the realization that this is happening causes the tears. I hear myself saying, “What is wrong with me, why does this keep happening?” I am trying with all my might to control my brain and body.

My triggers, quite honestly, just suck. They are really like a sick joke someone is playing on me. I mean Praise and Worship music is a trigger. Lyrics that would normally calm my soul can now drive me to weeping and mourning. It angers me that a joy has been stolen from me during this time. Lyrics now hurt, the realization that I’ve been forgiven hurts. Trust me, it makes no sense to me either.

I’ve since learned that it’s not pain I am feeling when I song drives me to tears, it’s confirmation, sometimes it is even God’s word reaching me. I hope to share with you (in future writing) about the day that was relieved get to this knowledge.

Sometimes the amazingness of my daughters sends me to tears. They are a gift that I do not deserve. The feeling is even worse when I lose patience (which happens too often these days) and I spiral into that mommy guilt. “How dare I raise my voice to them - the children I was blessed with, that I don’t deserve. They are a gift and they deserve better.”

The other day a well-doer (someone I’ve never met in person) said, “just forgive yourself and leave it behind.” I wish I could - I DO! I wish so much that I could say those words and a wand would wave away all of these feelings, then all would okay. Will it ever feel okay?

Almost a month later I feel the peace of healing taking place, but I know that I cannot be deceived by these feelings. This is just like taking antibiotics, I may feel better, but I have to continue my medicine. As my husband would tell you,  I have like three bottles of un-finished antibiotics in my medicine cabinet. The struggle is real. I must continue my course of treatment or my sickness could come back worse. Just because I feel better doesn’t mean that I am healed.

I am happy to say as days pass I find my escaping from reality less and less. During the past month I took up coloring which helped  me to spend time focused on something that would not allow my brain to wonder into thoughts of depression. I have also marathon-ed through all six season of Sopranos. (Insert big eyed emoji here) It felt very much like punching a pillow when you are angry, spending time with Tony Soprano. And along the way I did pick up a few life lessons: 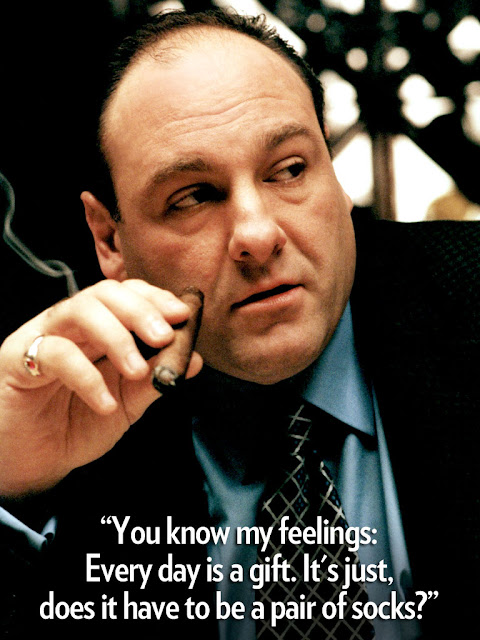 This so applies to my stinking thinking: 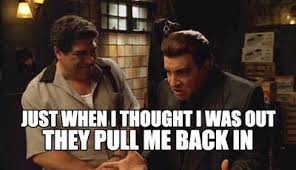 Okay, was it just me or did that final scene leaving anyone else screaming “What? That is really how you are going to end this?!” 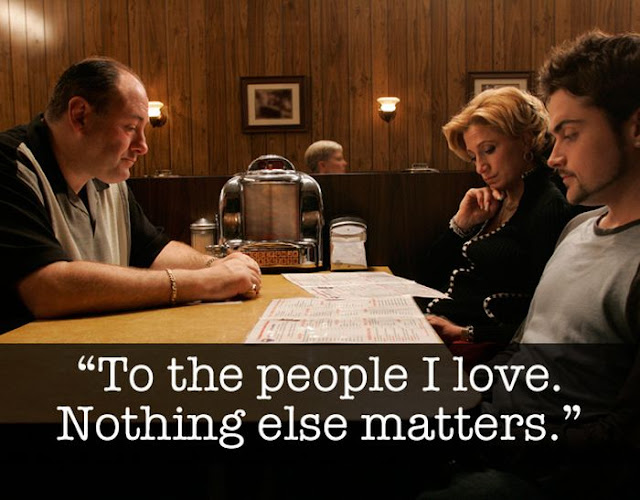 I have mad love for James Gandolfini. He was an amazing actor and because of him I have debated on watching all six seasons again. I mean for him and for Pauly’s lines! 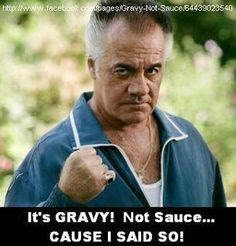 Well, that took an odd turn. Things are getting better, even really good somedays. Thank you for your continued prayers and support.