My Story: The Feelings that Come with Old Pictures

I know you have already seen these two pictures, but earlier this week after sharing these with my best friends, Lacy pointed out how much I had aged in the two years between these pictures.

I am pretty sure that I was already pregnant when that picture was taken. I had just turned 15 the day before. I was a freshman in high school. The reality of how young I was has become more apparent this year as Shelby entered her Freshman year. 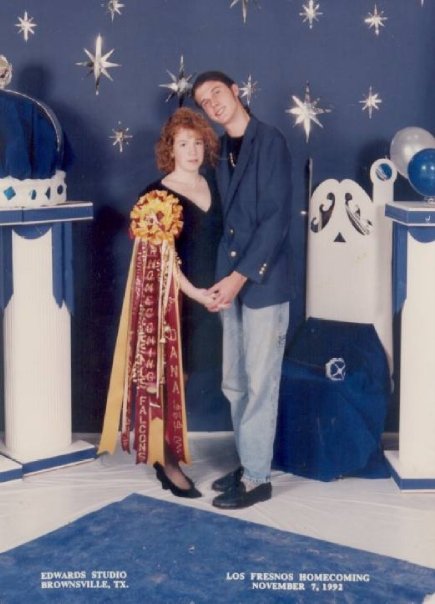 I mourned this young girl during dinner Wednesday night with Matt. The tears don’t give me any warning these days and I find myself crying over barbecue chicken pizza. In reality that young girl in her blue velvet dress had already been through too much for her age. That guy standing next to her wasn’t the first person that she had been intimate with and unfortunately, her self worth was already starting to fade. 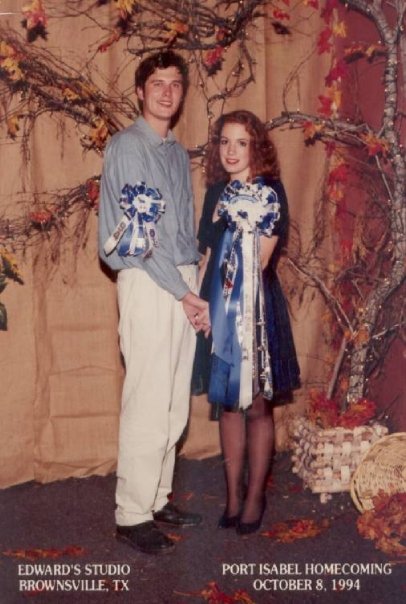 As I look at the girl two years later I can see the difference as well. Though I wore the same blue velvet dress and stood next to the same guy (who had changed some as well), my life had changed. I had been dealing with the shame that comes with an abortion for two years. I had broken up with the guy in the picture (shortly after he found out I was pregnant) and then had other relationships that didn’t go further than the bedroom. Did I just type that? My relationship with the guy in this picture was damaged and had more problems than a 17 year old should be dealing with.

Everything that that girl had been through would be small compared to what she was about to get herself into. This picture was taken just a few months before I would drop out of school, a few months before my relationship would become abusive and I would begin a scary spiral of drugs, alcohol and self abuse.

I mourn for these two girls separately because they really were two different people. Even today, as I type this, I am no longer either of those girls, but I still cary their scars.

Scars mean you showed up for the fight instead of running from it ~ Genevieve V. Georget

When I tell my story, especially to young people like Shelby, I want them to know that yes I did this long list of things and I have this great life now. That in no way means that everyone is able to do the same - this isn’t a pass to do all of these things because in the end God will forgive you and you will have a great life. I want to make it very very clear that I am not a minority when it comes to God’s forgiveness, but the outcome of my story, the where I am today on this earth, will not happen for every one. There is a long list of old friends who are still suffering, who are still addicts, who are still clawing to a hold on to their lives and unfortunately I’ve seen too many of my friends leave this world. I was lucky, I’ve been blessed way beyond what I deserve, but I still deal with the scars. The scars remind me that I’ve fought the fight and they also remind me that I made it through when others did not.
Posted by Dana Rae at 8:37 AM