That was the text I sent my sister-in-law as I was trying to explain the feelings and preparation around confirmation. Even though most of my family (Matt’s side) has been confirmed, Shelby is the first grandchild to go through confirmation.

As someone who was not raised in the Lutheran church let me try to explain my view on what confirmation is. Lutherans believe in infant baptism (though Shelby was not baptized till she was 8) and confirmation is a process that children start going through in the sixth grade. They spend three years studying things likes the Lord’s Prayer and really gaining knowledge of what they say they believe. Confirmation is when they confirm their faith and take their first communion. In Shelby’s case the event of Confirmation took two days (Saturday and Sunday).  (But I just want to say that confirmation is longer than two days and you should always be reconfirming your faith - I hope I said that clearly - her faith journey is not over) 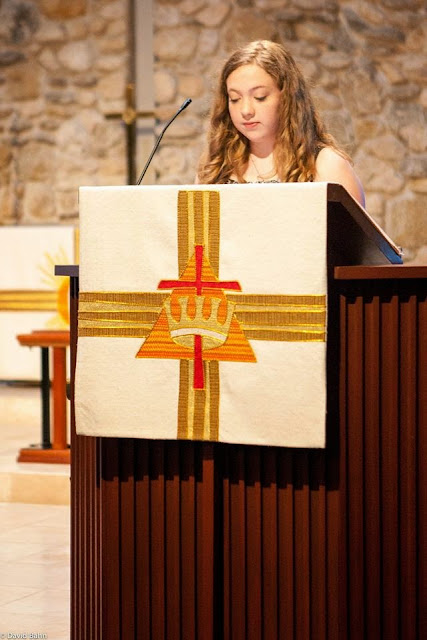 We were at church early Saturday morning for the day’s activities. First, we started with Shelby’s faith statement. If you remember, she had already shared this with her pastor (who is also her grandfather), our Family Life Minister (which is pretty much a member of our family - had to throw that in) and an elder of the church. You can read about it here:
http://danaraeb.blogspot.com/2015/04/her-faith-radiates-like-convection-oven.html 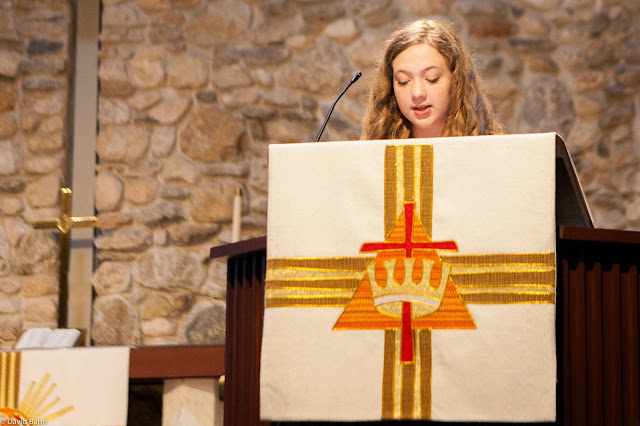 Since Grandad (JAGdad) had to be with another group of kids also that morning, Shelby had the privilege of being number two in line to give her Faith Statement. She took it like a champ. She told me later that she was shaking, but I could not tell and you won’t be able to either. The only shaking in the this video is me trying to hold a camera while a certain three year old keep pushing my arm down. And I know it was a little out of focus in the beginning - seriously it was a new experience trying to keep two little girls quiet and take video - I am so glad Matt’s mom was there to help!

After her Faith Statement we went over to the sanctuary for group pictures and information on how Sunday would work. 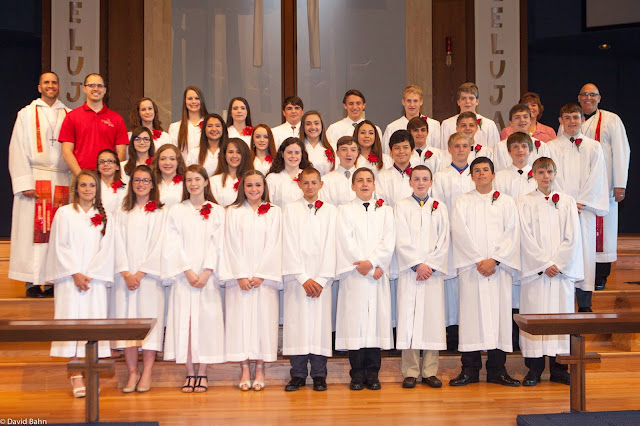 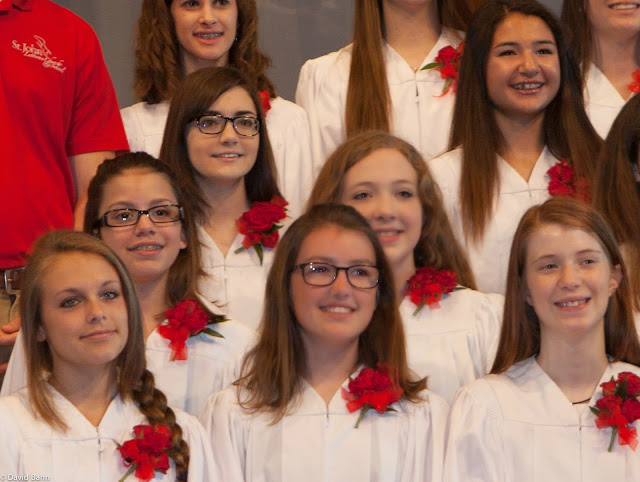 Then we had brunch and individual pictures. 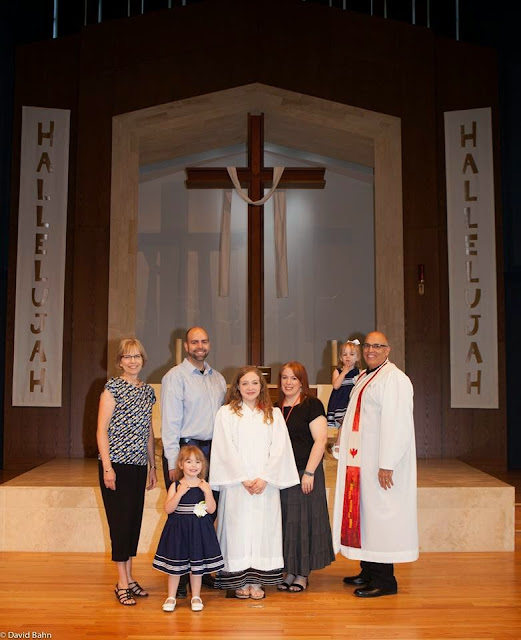 I kept waiting to get emotional on Saturday, but it wasn’t really there. I thought I’d be able to just breeze through this with out shedding tears.

Saturday night, we had her confirmation party. She invited a bunch of her girl friends. Many of them were from church, so they knew what confirmation was. I have to giggle, though, we did received one note that said, “Happy Birthday Shelby.” I am sure she probably wondered where the birthday cake was. 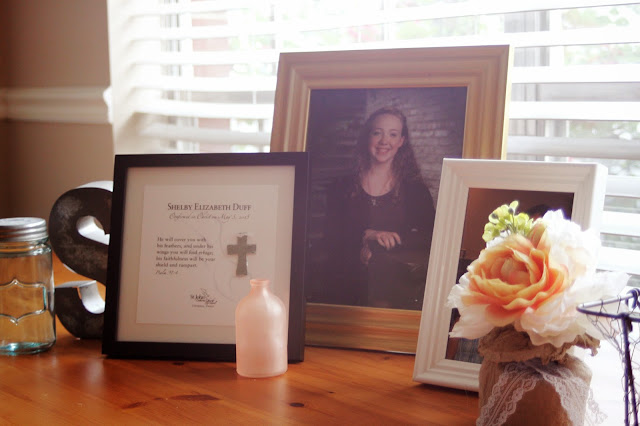 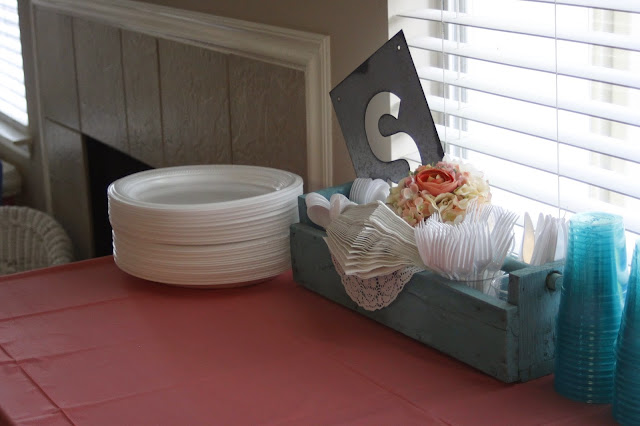 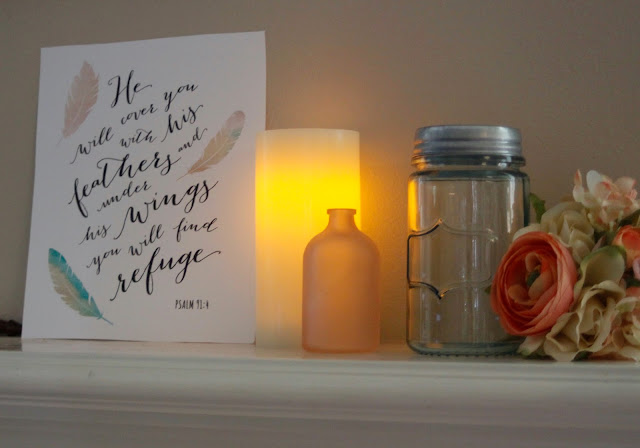 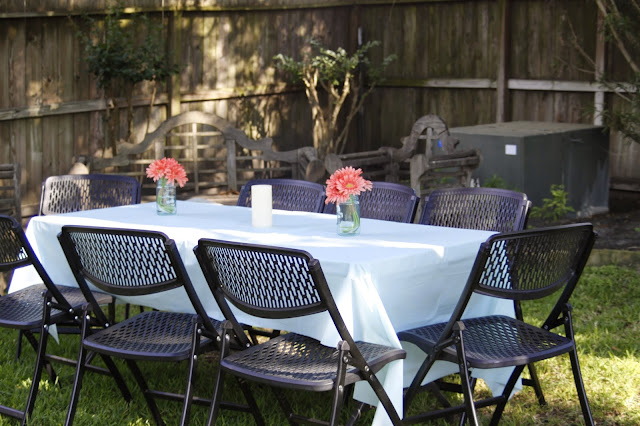 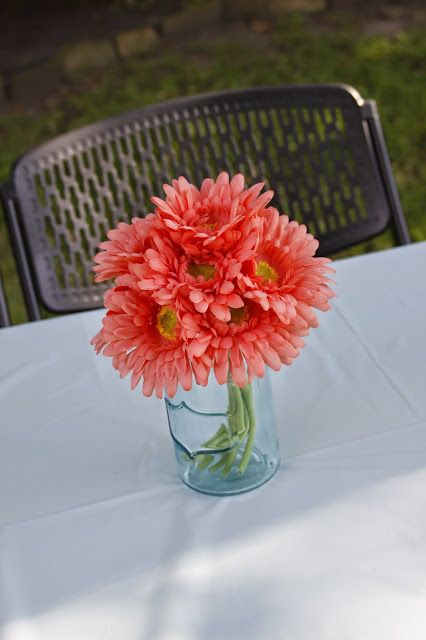 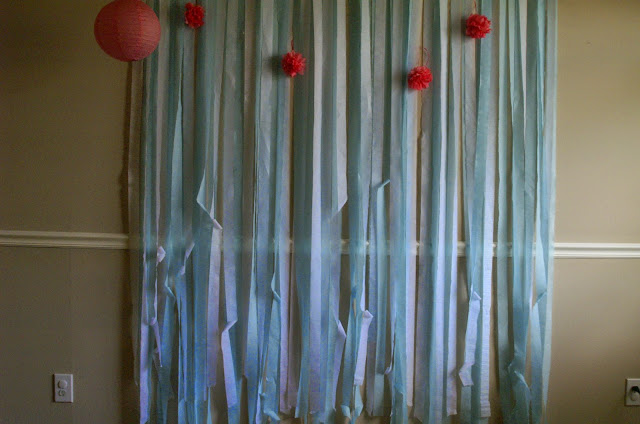 Shelby had an idea early on to have a photo both. I had no clue how much fun a camera on a tripod and some streamers would be! 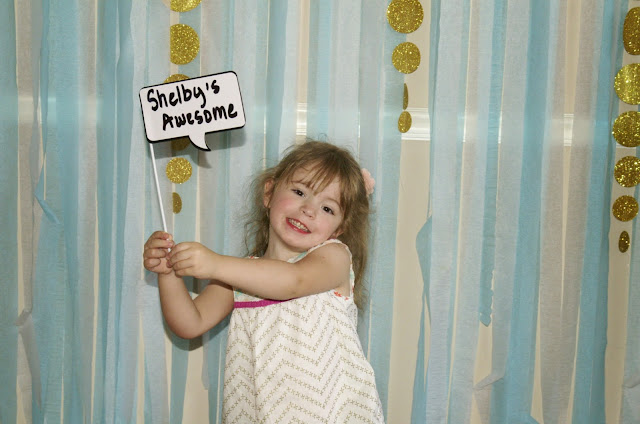 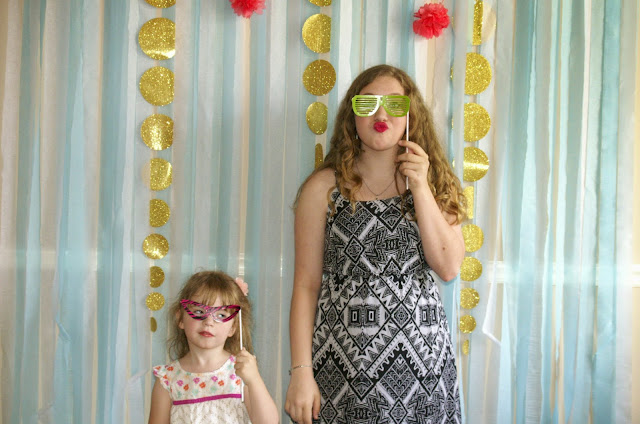 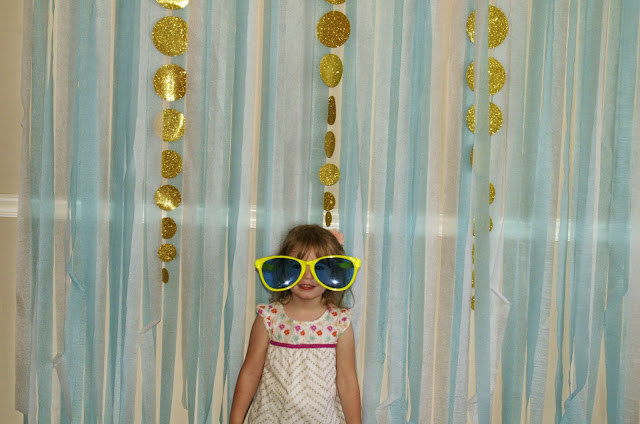 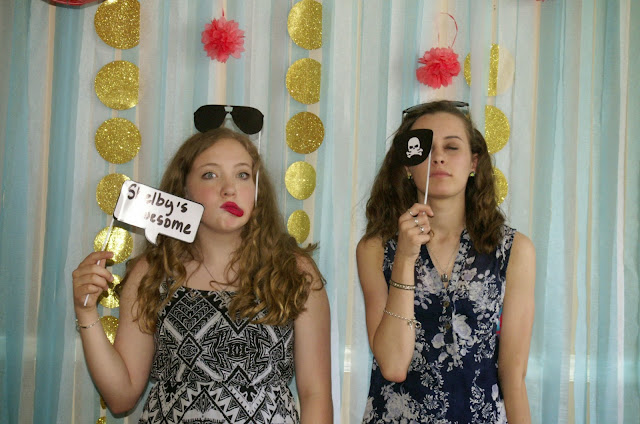 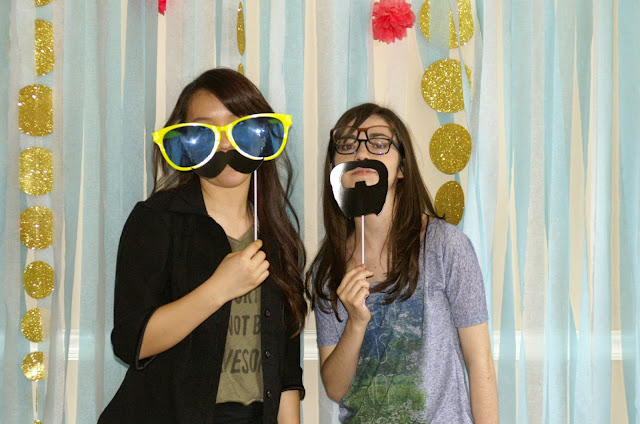 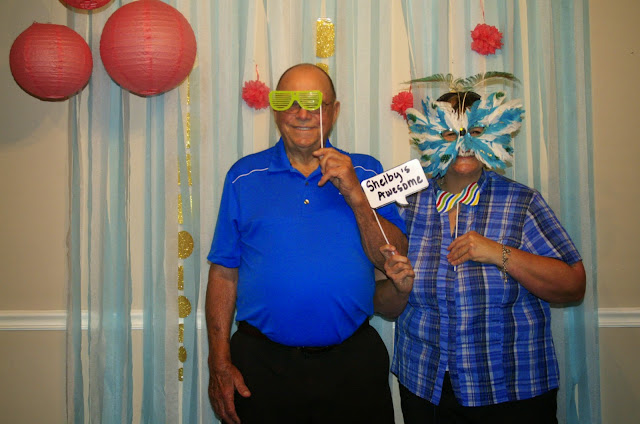 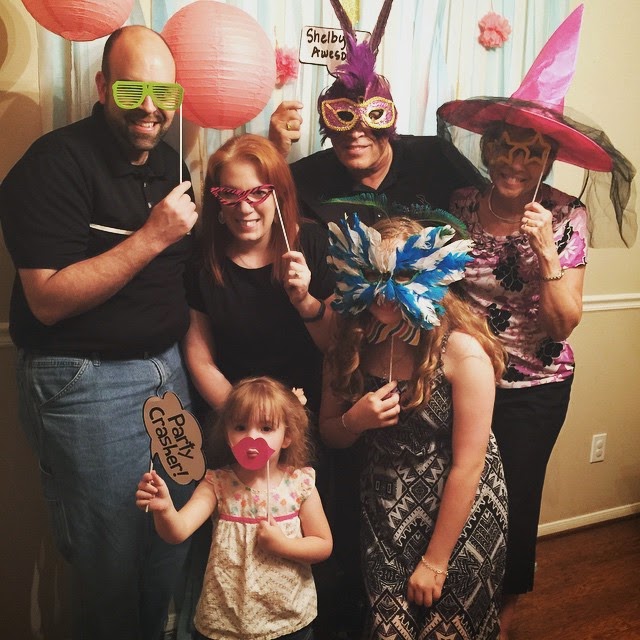 Then, before I knew it the day was here - it was Confirmation Sunday. I swung Shelby’s bedroom door open and said “It’s coronation day!” and proceeded to sing “Tell the guards to open up the gate!”  (if you haven’t had to watch Frozen twenty bazillion times you may not get this).

I held it together getting her ready and making sure her red roses were pinned perfectly to he white gown. We found a good seat right behind her in the sanctuary and when the time came for us to meet her at the rail (communion rail? kneeling rail? - not sure what I should call it - I think communion rail) the emotions started to hit.

I think I was crying before her picture appeared on the big screen above us. I am still not sure I can put into words the feelings of having your daughter be old (and mature) enough to proclaim her faith publicly. I am not sure if it’s because I am preparing myself to write about her birth and of the hard times (the times that Shelby mentioned in her faith statement where we “were not on the same path as God”), but man I lost it. Just an overwhelming feeling of gratitude that I was given this girl and a moment of accomplishment that I’ve successfully (even though I thought I had fully ruined her) gotten her to this point. And love - just complete overwhelming love that I have for this girl.

I had an opportunity to pull myself back together, though it was hard watching my friends go through the same feelings as their daughters and sons were also confirmed just a few feet to my right. All of us mothers were just sobbing and our husbands just patted us through all of it. The entire time I was thinking “did none of us bring Kleenexes up?”, I guess we all didn’t realized how bad the water works would get. 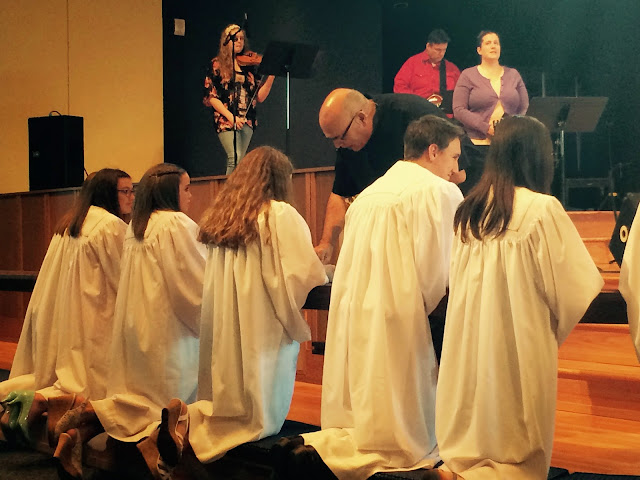 We returned to our seats and watched as Shelby took her first communion. I don’t remember taking communion for the first time - I believe I may have done it really really early in my life before baptism (and I am not sure how I feel about that now). Watching Shelby do it was amazing - just amazing - that’s all I can say right now.  And can I say what I great feeling it is to have her grandfather give her her first communion. I hope she realizes how special that is - it's the same feeling I've had when he's baptized his granddaughters - I just love it! 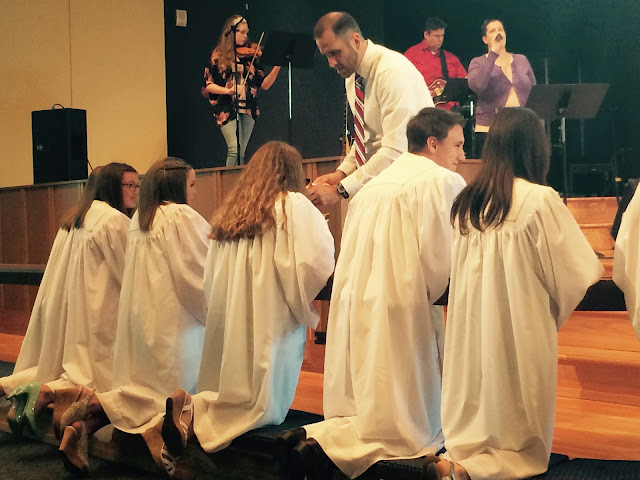 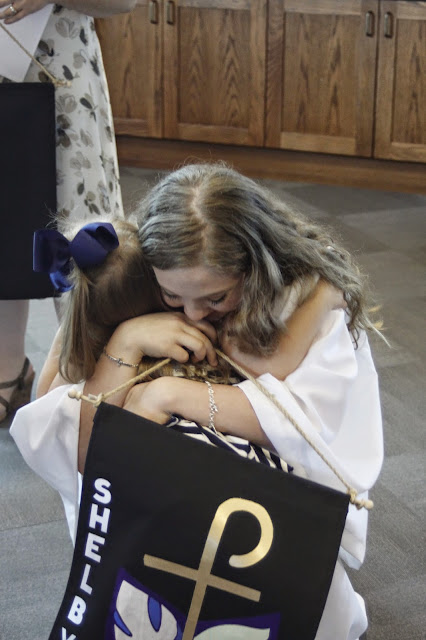 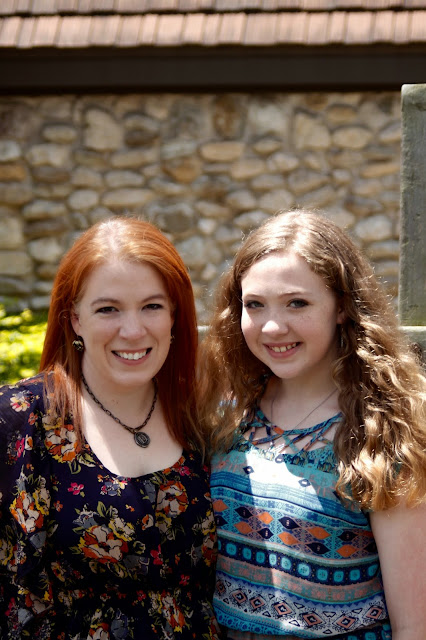 Oh my goodness,  I love this girl! I admit teenage-hood is a not easy. I've said over and over that I "dislike thirteen",  but then these days come around and it makes me remember why I try so hard to teach her things. I've been given this life to mold and to help teach the love and grace we receive from Jesus. He has big plans for her! 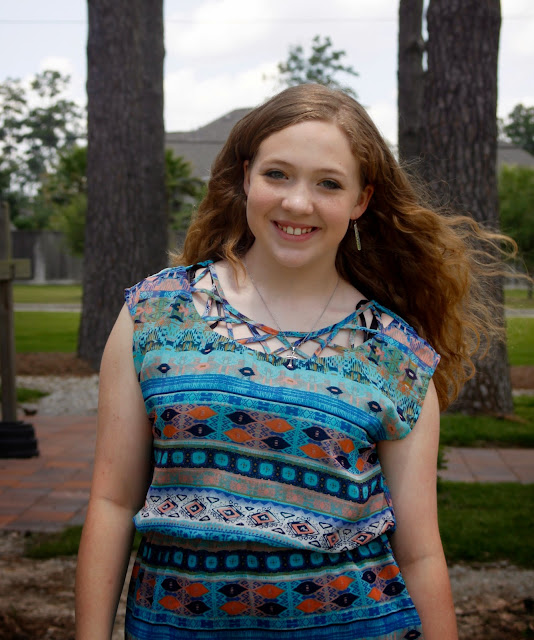 Now, ten more years and this girl will be confirmed - cry! 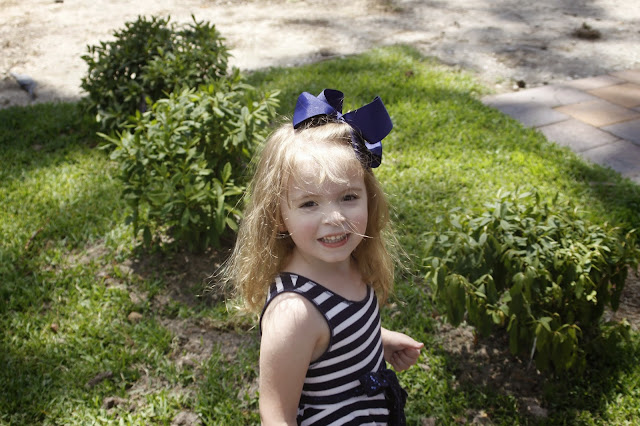 Labels: Confirmation, Shelby, what I believe