Dishing on Downton: And That’s a Wrap!

So last night was the season ender (The Christmas Episode) for Downton Abbey and I am happy to report that no one died! No One Died! It was such a great ender that left us with hope for next year. Now, we sit and wait till January 2016 - URGH…that’s always so frustrating.

So to just catch you up a bit, here is what I wrote last week in regards to Anna that I didn’t get a chance to actually publish:

Shall we begin at the end? Anna. Oh yeah were you right there with me? I was like “what? You’ve got to be kidding me! Are you serious? How? Huh?” and then that led into some serious anger followed by thoughts of “wow…people can now reuse those Free Bates shirts they bought a few years ago.” This week’s episode opens with everyone preparing to head to London for Rose’s wedding (yep that was a quick engagement, huh?).  Anna and Mr. Bates believe this is a great time to look in on their home in London that they’ve been thinking about selling. Then, that horrible investigator shows back up. He now knows Mr. Green has had other torridly (is that even a word?) relationships (if you wish to call them that) with women. Seems like Anna wasn’t the only person he got ugly with (which is what I will call it). Anyway, a new witness has turned up and is saying there is no way that it could have been Mr. Bates because the person they saw was much shorter and more the height of a woman. So of course they are eyeballing Anna. You know who I think it was? 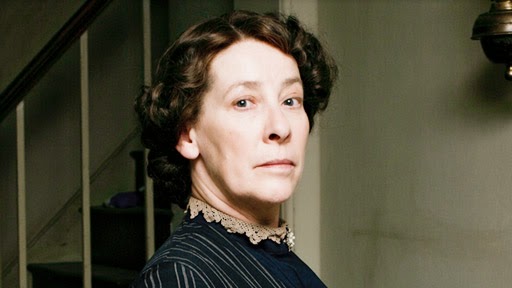 Ms. Hughes! Come on she may seem all innocent on the outside, but she was spit fire angry after the incident happened. You never know is all I have to say. 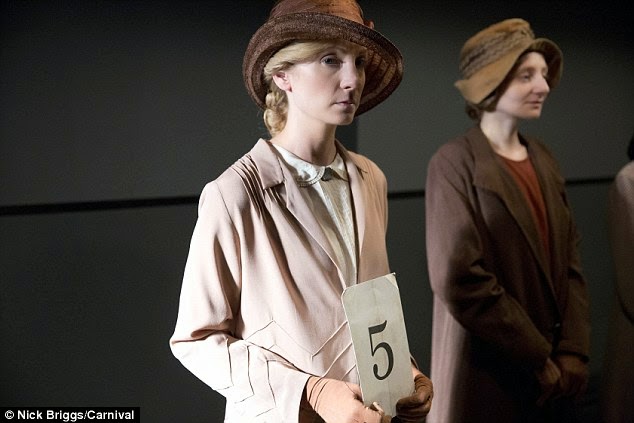 So, they want Anna to stop into Scotland Yard while she’s in London for more questions. Of course Bates is adamant that he escort his wife what husband wouldn’t be. They get there and this “questioning” actually is a criminal line up. So, yep, that is exactly what this picture (that I posted a few weeks ago) was for. How dare they? You already sense that this is not good at all!

The wedding takes place (more details to come) and then the police show up and arrest Anna. I’m trying to remember, but it seemed like most of the house (Mary and Lord Gratham) were downstairs when Anna was arrested. Mary was full boil and if she had a cellphone she would have phoned her lawyer right there on the spot. And then it was like a few days passed and everyone was at the war memorial. I kept hoping they would pan the crowd and Anna would be there holding hands with Mr. Bates, but she is still locked up in London. Poor Anna. Can you imagine that quiet meek woman in prison? I’m trying my best not to say “well if you associate yourself with criminals - ahem your husband - then you get into these messes.” I have to  remember that Bates was proven innocent in his wife’s death, but this kind of reminds me of OJ Simpson - just saying. I guess we will hopefully and I say hopefully find out everything during the season finally next week.

Back to this week’s episode. We start out with Mary visiting Anna who I believe looks pretty good for being locked up. I would be a basket case, but we see no tears from her. Maybe she already cried her eyes out. Anyway, we find out that Anna’s stepfather attempted to assault her when she was younger and she stabbed him. She did not kill him, but still it has come to light since she has been in jail. So, it makes her appear to be a lose cannon somewhat. Bates, being very concerned, writes a letter confessing to the murder of Green (which isn’t true) and then runs of to Ireland (or was it Scotland - I can’t remember). He leaves letters for Carson and Lord Grantham  as well. With Mr. Bates confession, Anna is released from jail, but is very concerned that she will go back in again.  Molesley and Baxter take a picture of Mr. Bates around to all the Pubs to find someone who can vouch for Mr. Bates whereabouts when Mr. Green met his untimely death. I am happy to say they did find someone to prove Mr. Bates’ innocence.  I was so happy to see Mr. Bates and Anna back together at the end of episode - it just makes all things right in the world. 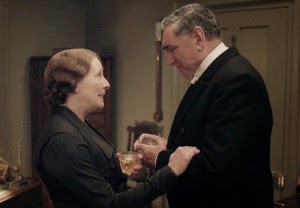 Speaking of all things right in the world  - Mr. Carson and Mrs. Hughes. I squealed! I cheered! Matt thought I’d lost my marbles.  Mr. Carson and Mrs. Hughes have been attempting to purchase a home together which they plan to turn into a Bed & Breakfast until they are able to retire and live there themselves. Mrs. Hughes came clean this week about not having the funds to help purchase a home and how she will never be able to retire since she has used her saving to take of her sister who has a disability. You think well, Mr. Carson will just move along and purchase a home on his own, but he had other plans. Did you see it coming? We’ve know since the end of last season that there was some serious chemistry happening between these two. Now, I can’t even do this scene justice so I’ll just say it: Mr. Carson asked and Mrs. Hughes accepted and they are engaged! Squeal! Please go watch it - it was so so sweet!

Unfortunately, there were a few hearts broken this week as well. Isobel Crawley decided to not accept Lord Merton’s proposal after all. She said the only way she would marry him was if his sons approved, well that isn’t going to happen and she received a straight out letter from one saying pretty much please stop asking I will never approve of this marriage. I give props to Isobel, she doesn’t want to spend what time she has left stuck in the middle of a family feud. 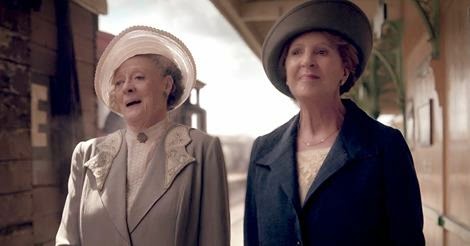 Violet successful located Princess Kuragin and helped her to reunite with her husband, Prince Kruagin. Violet also tells Prince Kuragin one last time that their romance will still never be and the past is the past. It is a bit bitter sweet for Violet. She feels like she need to save the Princess, since the Princess (finding out about the affair years ago) saved her life as well. Alls well that ends well. 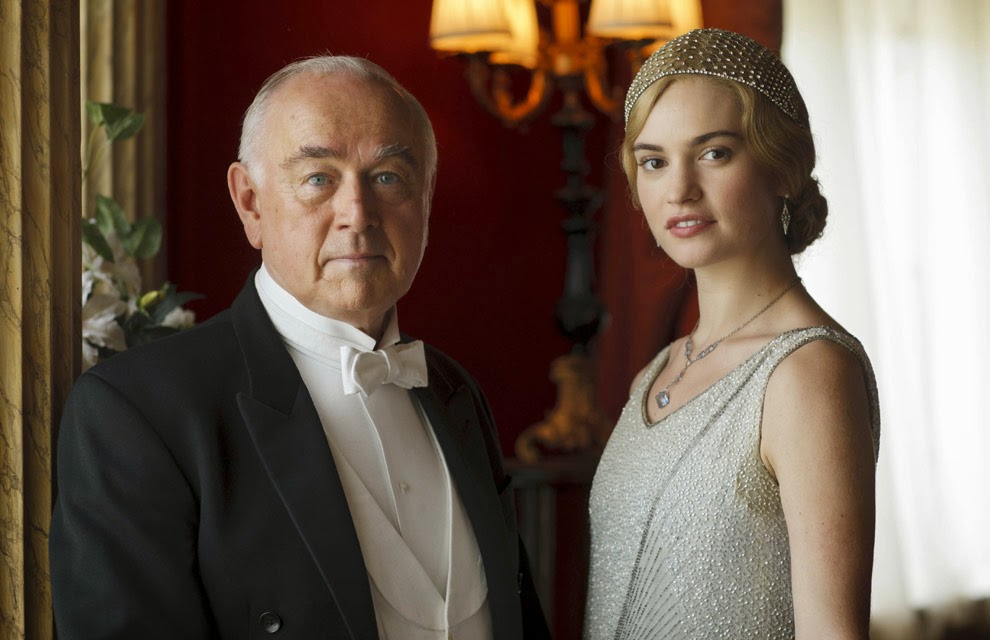 Speaking of affairs. Rose’s new father in-law, Lord Sinderby -  need I say more? Wow, don’t get sideways with your butler or he will invite all your skeletons to dinner. He was very luck that Rose thought on her feet and acted like his mistress (with child in tow) was an old friend. Man, I am not saying agree with that story line at all, but I guess the writers thought it was necessary.

It was sad to know that this was Tom Branson’s last episode since he and his daughter are headed to America.

Really, you need to just go watch this episode because I am failing in the recap department. Pretty much everyone, but Mary knows Edith’s secret and it looks like Mary may have new man in her life next year. What else? I am not really remembering and I only have a few minutes to breathe before the girls get up.

I do just want to say that I have loved loved loved writing about Downton this season and I hope to have more Dishing on Downton in January 2016 - oh man that’s a long time to wait. Why do they do this to us?
Posted by Dana Rae at 1:17 PM