Downton Abbey: My Favorites and What You Need to Know

I caught the tail end of a PBS recap of Downton Abbey Season One a few years ago and was hooked.

I marathon watched the first season to prepare for the season two premier. Those recaps are amazing - my mother (who I got hooked) said the recap this year is wonderful, I missed it and it doesn’t appear that PBS will run it again.

So, today my plan is to share with you my favorite characters and some essential facts that you need if you are new to this Downton Abbey hoopla.

Downton Abbey is the story of the Crawley family. With the mother and father that just happen to be the Earl and Countess for Grantham. The story (mostly) takes place in an expansive castle called Downton Abbey (in real-life it is the Highclere Castle). In this story you meet, get to know and grow to love characters in the Upstairs and the Downstairs. These areas have clear differences. Upstairs is home to the Crawley family and any odd guest that will stop in during the season. Downstairs is the staff - the butler, the handmaid, the cook and a bunch of other drama filled characters.

Above all the other characters my favorite star of this program is Downton Abbey itself. The inner set designer in me (on of the many things I wanted to be when I grew up) just dies every time I get a glimpse of this home. Filming mostly takes place at the Highclere Castle which is 70 miles outside of London. All scenes “downstairs” are filmed in a studio. The rooms of Downton Abbey are exquisite. I love all the details from the silk wall coverings in the sitting room to the oil paintings in the dinning room. 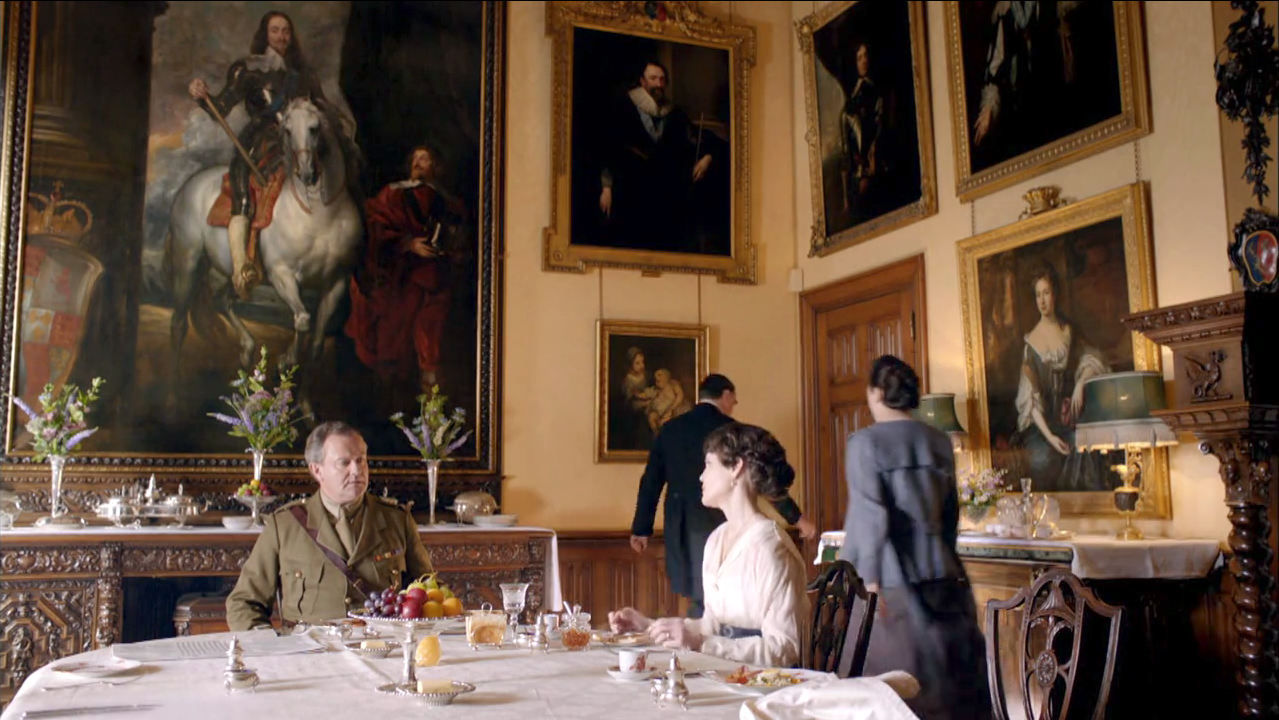 And man, the library where all of the good conversations happen is just amazing! 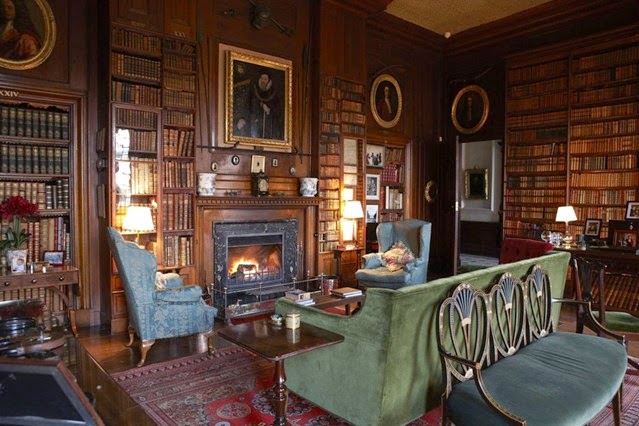 Tied for Second after the Highclere Castle are these two: 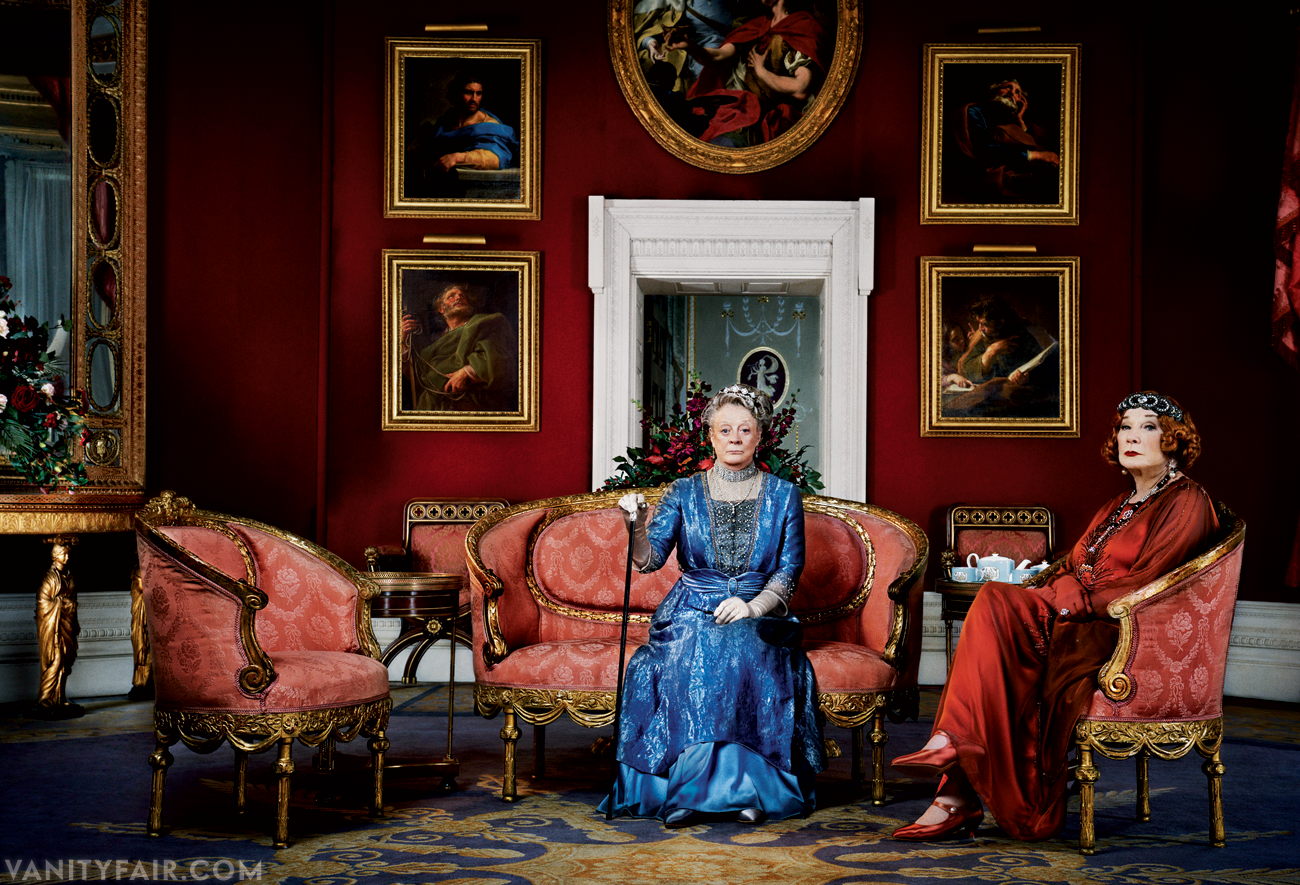 Violet Crawley, Dowager Countess of Grantham (Maggie Smith) and Martha Levinson (Shirley MacLaine) are the best characters. They are fully of whit and spark. Personally, these actresses have been on my favorite list of years! I’ve worn out my copies of Ya-Ya and Steel Magnolias. I squealed with delight with MacLaine joined the Downton cast.

These two, head-butting grandmothers have some of the best lines of the show. Of course Violet Crawley is the mother of Robert Crawley (Earl of Grantham) and Martha Levinson is the American mother of the Countess of Grantham. They come from two different places, live two different lives and mostly bicker, but every once in a blue moon they come together for some perfect plan - it’s magical. These actresses together are just amazing - so much talent. Love, Love, Love. 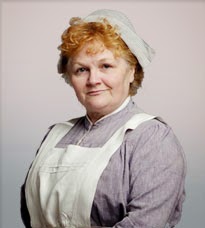 Those are my three favorites. I do like all of them except for the Thomas Barrow fellow - yuck in all kinds of levels.

I wish I was better at explaining all the details to you, but really I strongly, strongly suggest you wander over to Amazon and purchase season one. You will not regret it and will probable order season two next month.

For those of you who are up to date with me - what do you think? Will Mary ever settle down again after losing Matthew? Will it be Charles Blake or Anthony Foyle  oops I meant Anthony Gillingham? I am really not sure which I like better!

And how about Branson? What do you think about his relationship with
Sarah Bunting? And can I just say again what a slime ball Barrow is? Barf!

I absolutely love the relationship that is burning between Isobel Crawley and Lord Merton. I really hope that comes to fruition.

So, Did Mr. Bates kill that weasel, Mr. Green, who hurt Anna? I’m not sure about him…first his wife, then all that went down in jail, then Robert Crawley knew he could forge a letter and now the ticket to London in his coat pocket. Hmmmm.

And let me just say, I am not sure what George Clooney ever did to me, but I was a little disappointed to see him joining the cast. He really isn’t someone I would think of for the part. He is still Dr. Ross to me - I just can’t carry him over to anything else and yes, I know he has done so much since then. We will see, I may be wrong about this roll, but I am not looking forward to him being part of the cast. Again, not sure when I got so sideways with him - it’s not nearly as close as my dislike for Nicolas Cage, but slowly getting there.

Well, I guess on that note I will wrap this up. I am giddy with excitement! Now to make my scones and brew some tea!
Posted by Dana Rae at 8:00 AM