This year, after some debate, we (meaning I) decided it was time to try out an Elf on the Shelf. I am all for giving something a shot and see how it works out.

Our Elf arrived the Saturday after Thanksgiving. We had a small party with donuts. 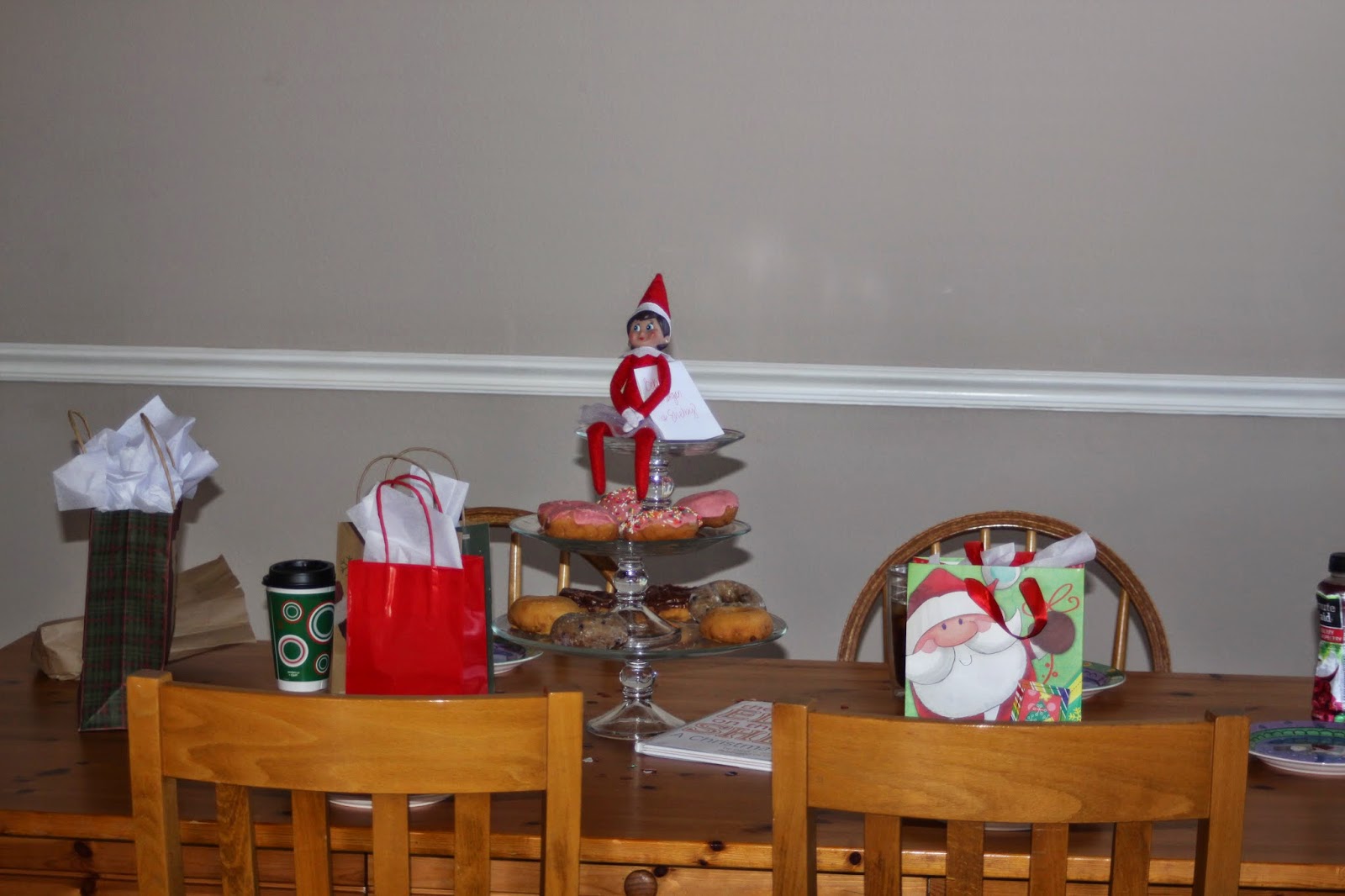 Bekah was super excited to see the Elf which we named Rose. Bekah loves a good party an day of the week. 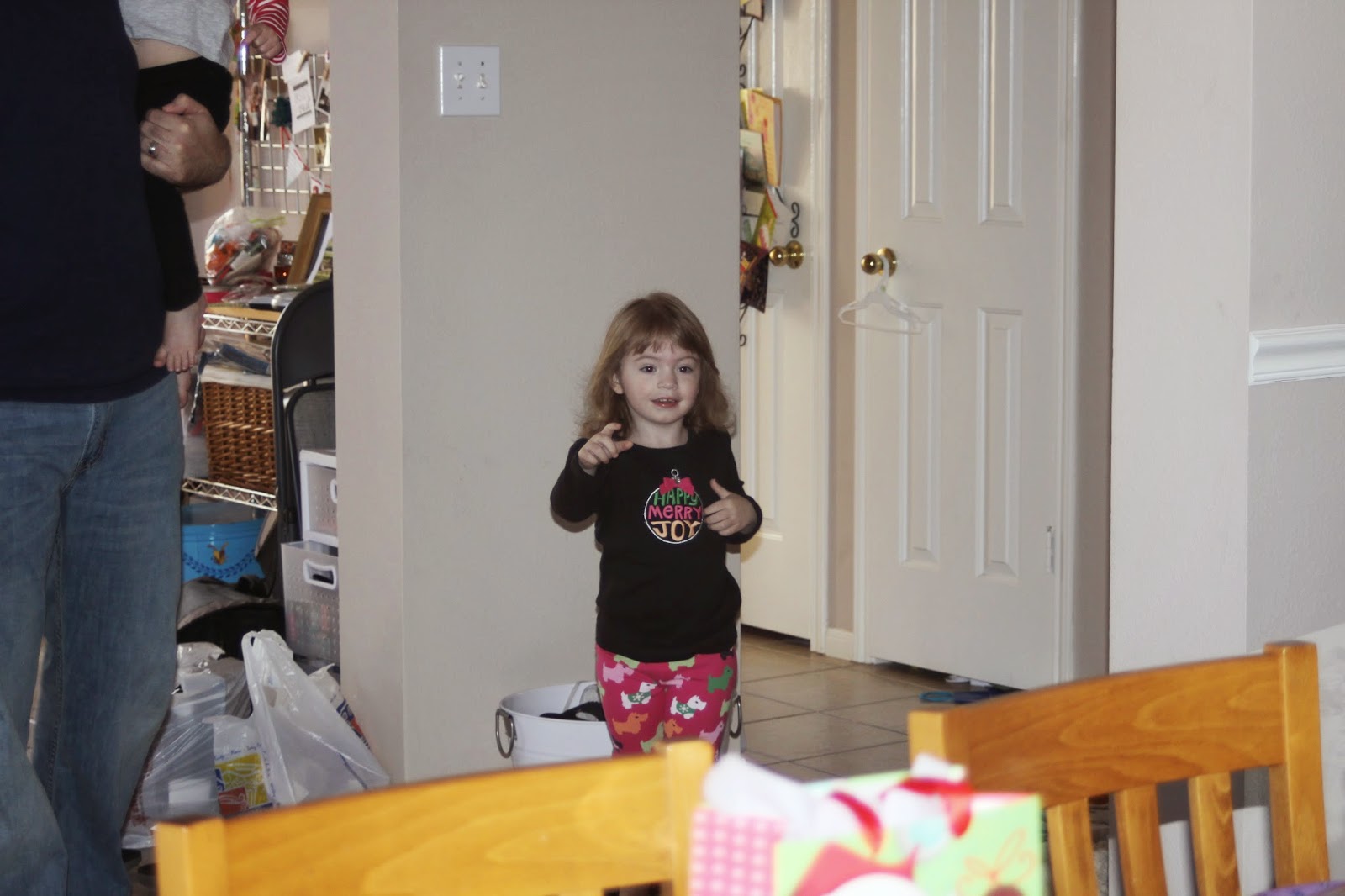 Rose brought gifts: new ornaments for our tree which I think is a tradition that we were let her continue. She also brought us a copy of An Elf's Story which has been watching close to 100 times. 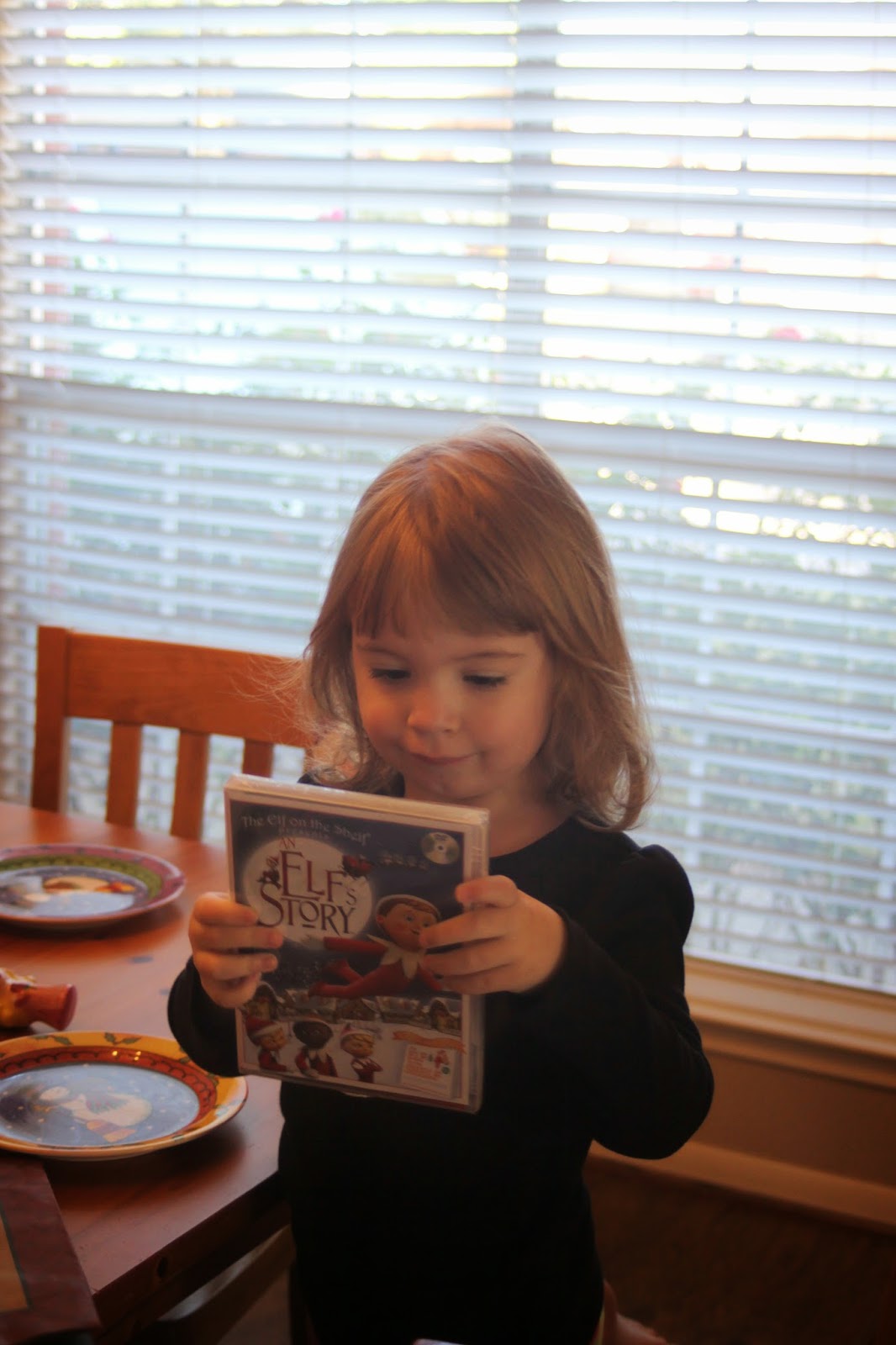 Here are some of the places we found Rose this year.

On Rose's final day with us (Christmas Eve) she brought a letter saying that her powers were lifted and she could be touched for that day!

Bekah was beyond excited! Rose played all day long. 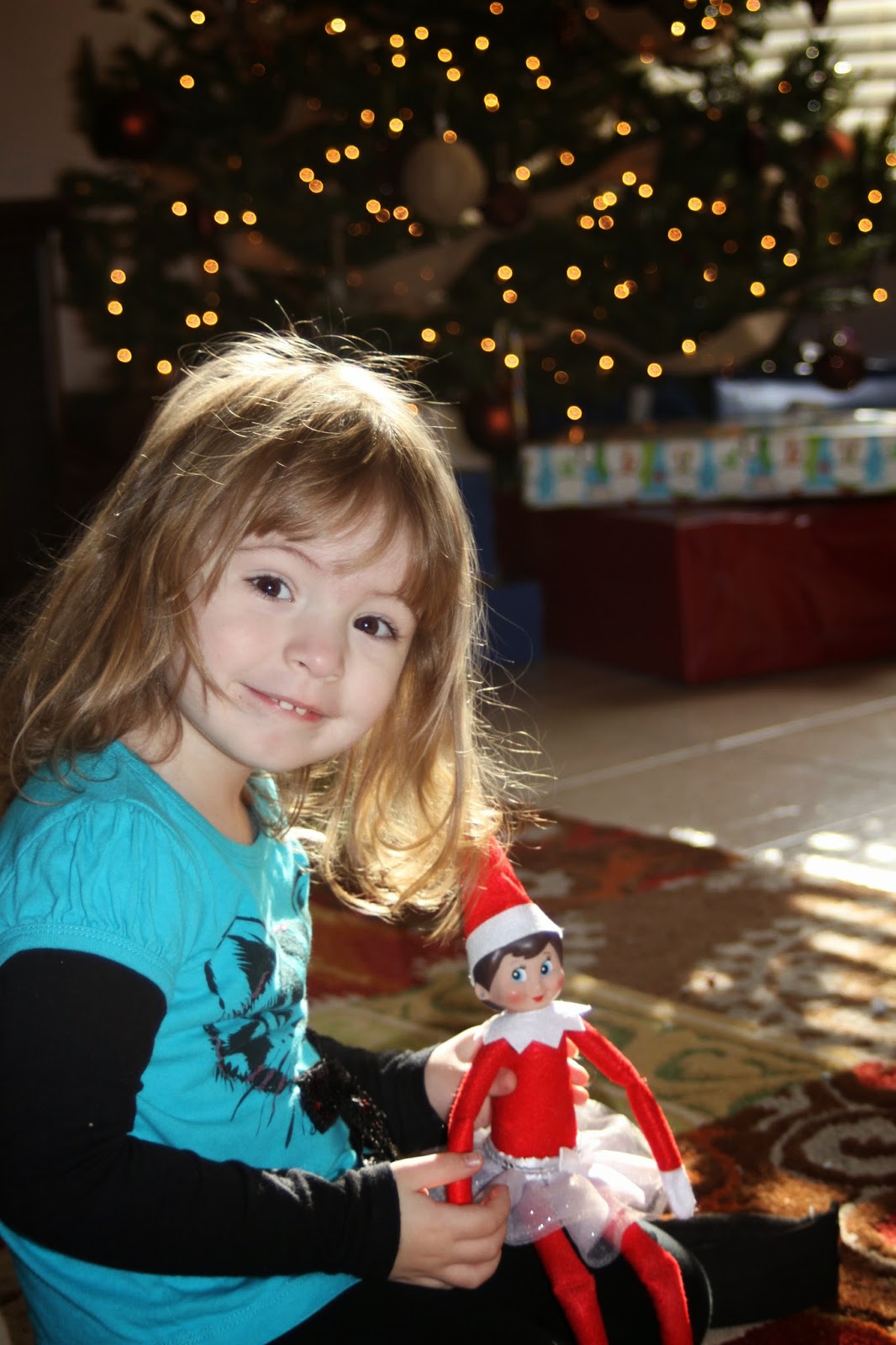 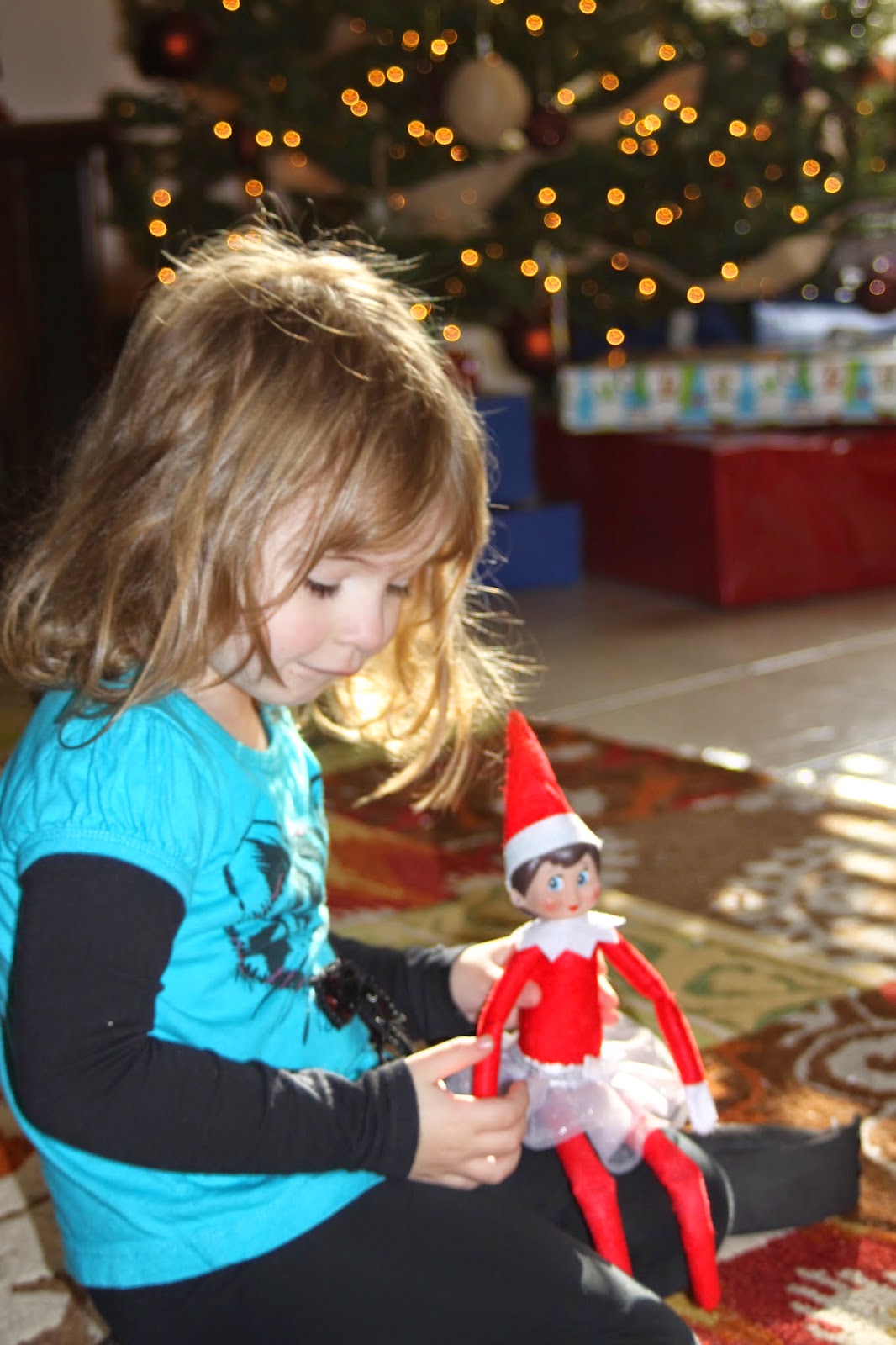 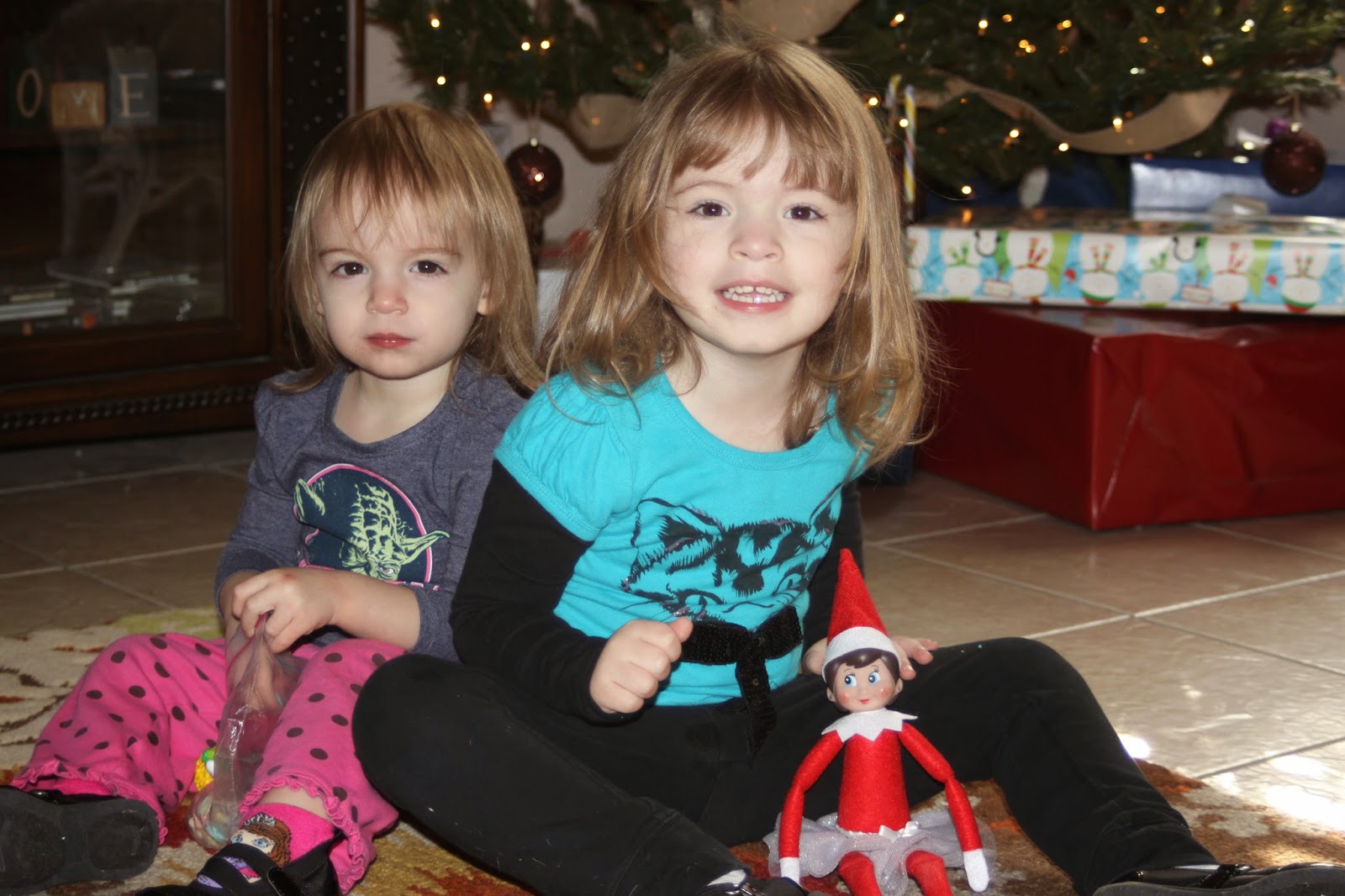 And she was there for cooking making. 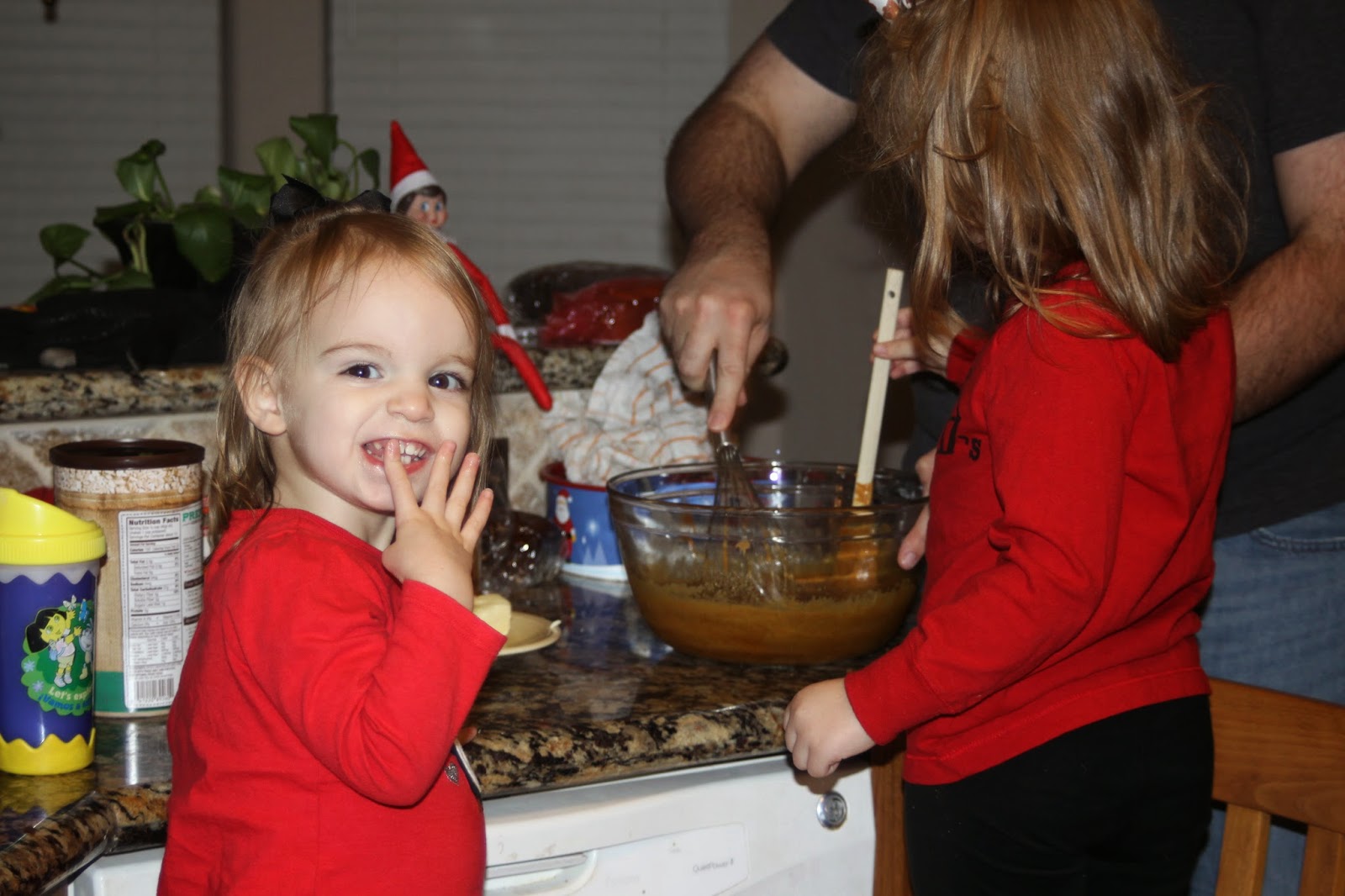 She even went to Christmas Eve service with us, but stayed in the bag so no other kids would see her. 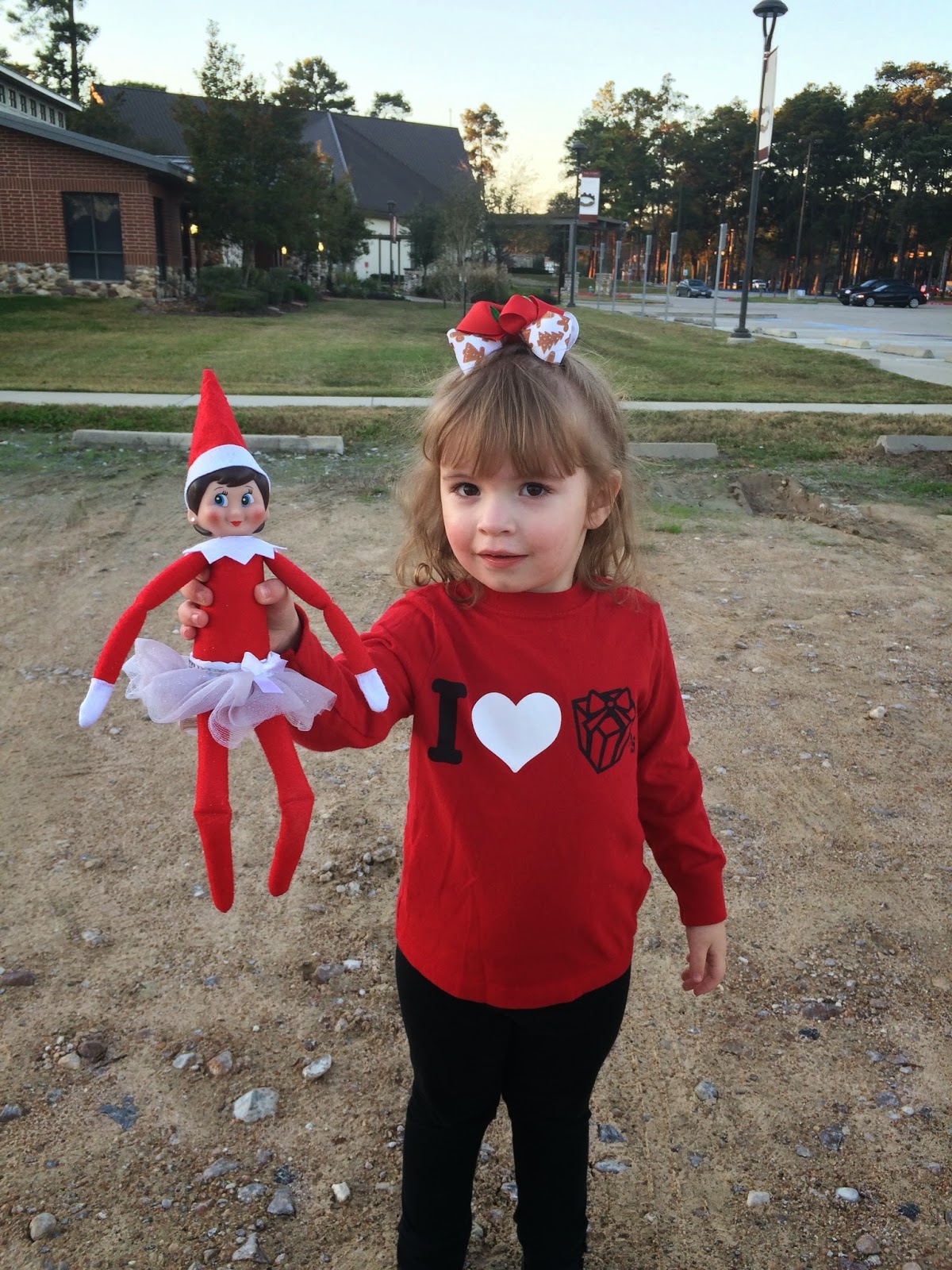 Speaking of Christmas Eve service, here is how my yearly picture with the poinsettias went. 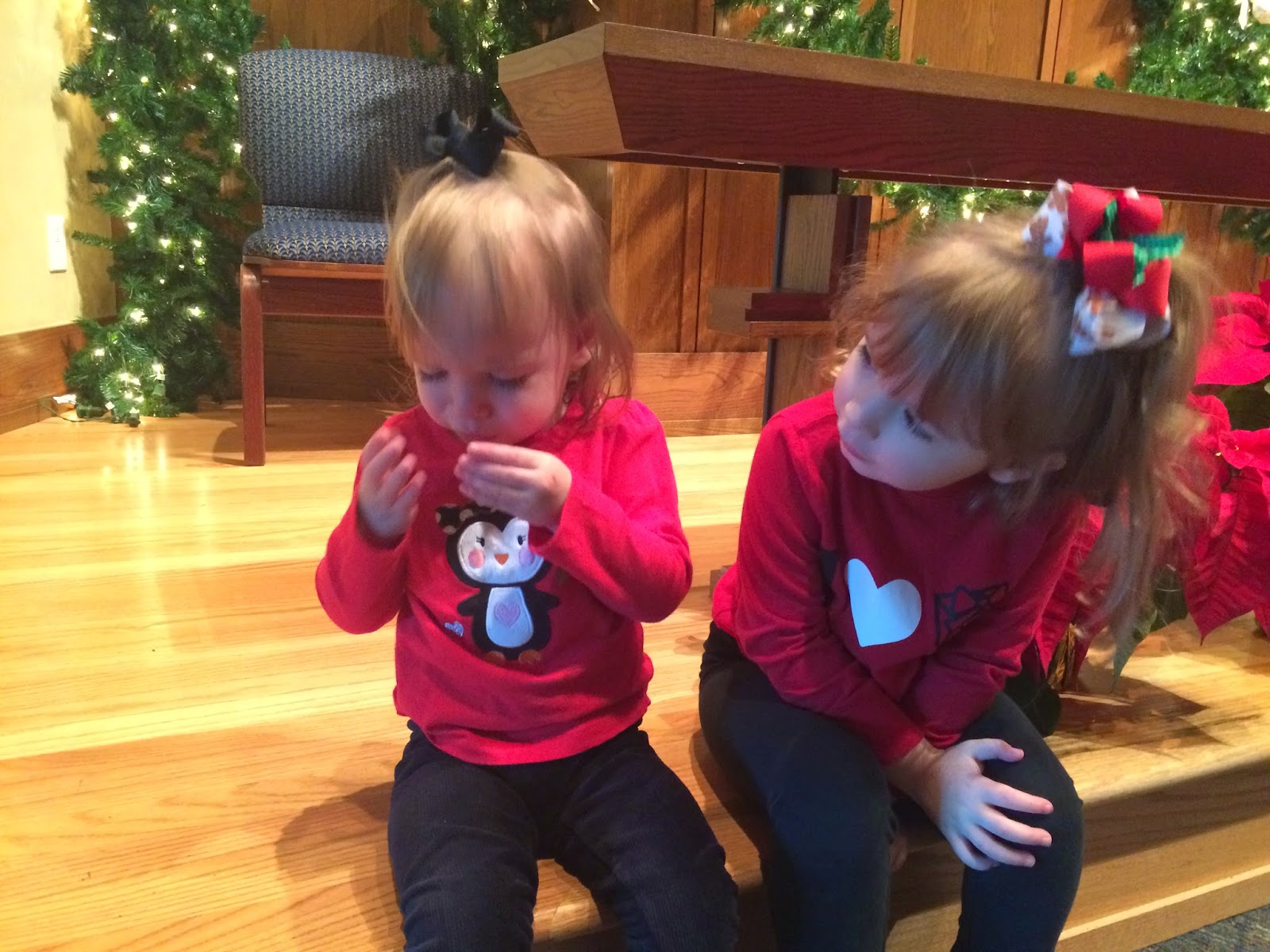 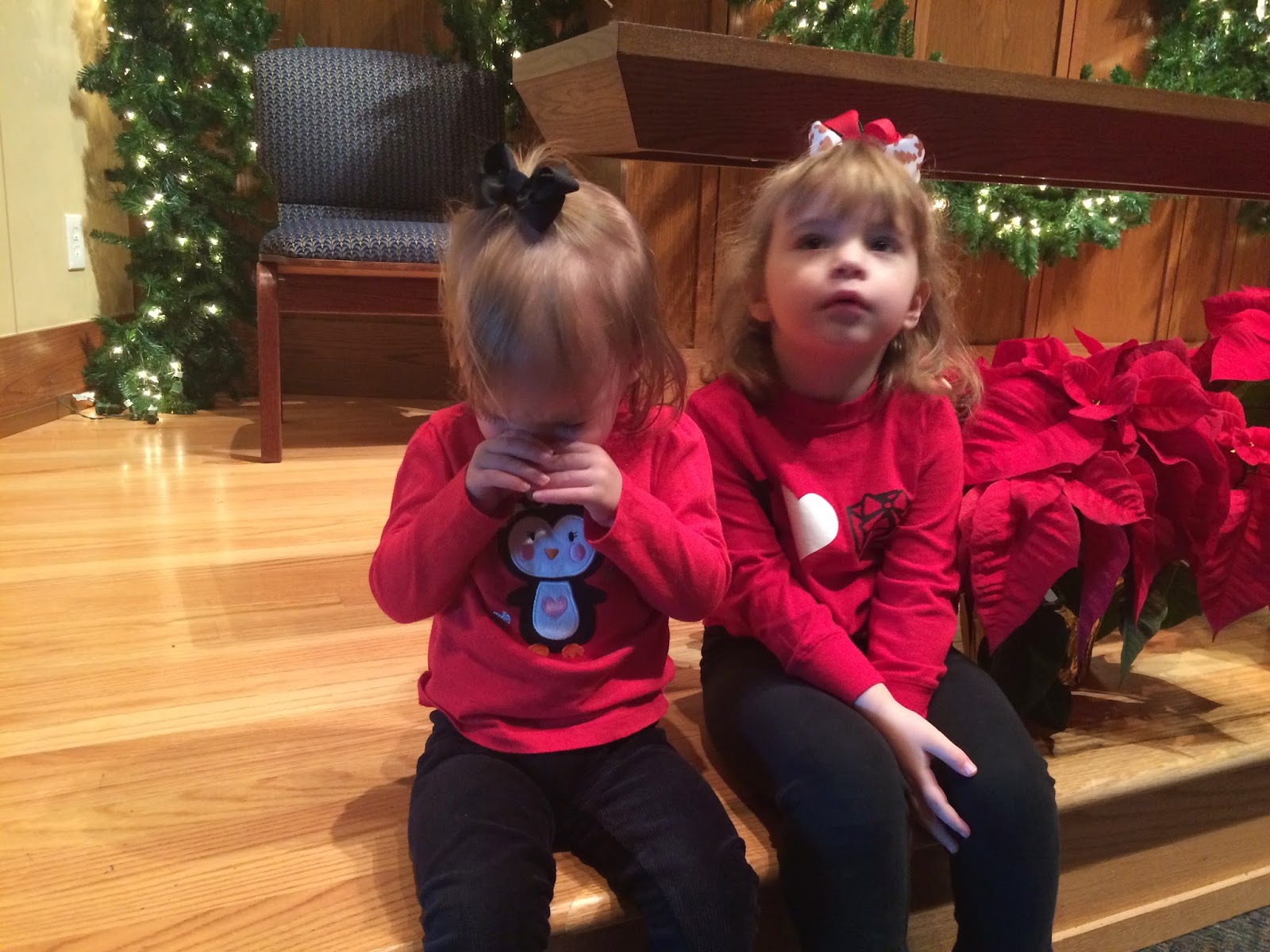 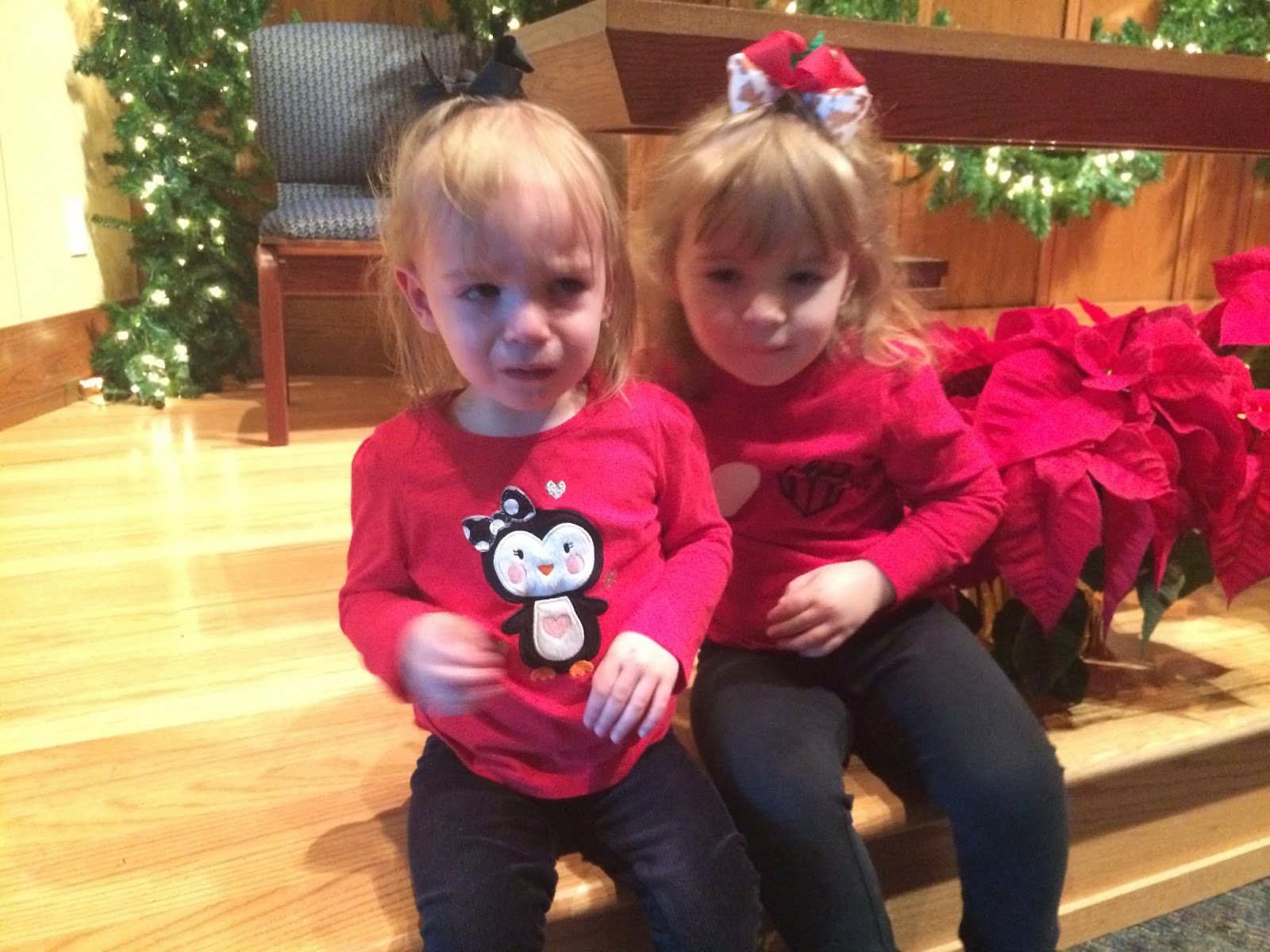 So, Bekah gave Rose on last hug and left her with Santa's cookies before bed. 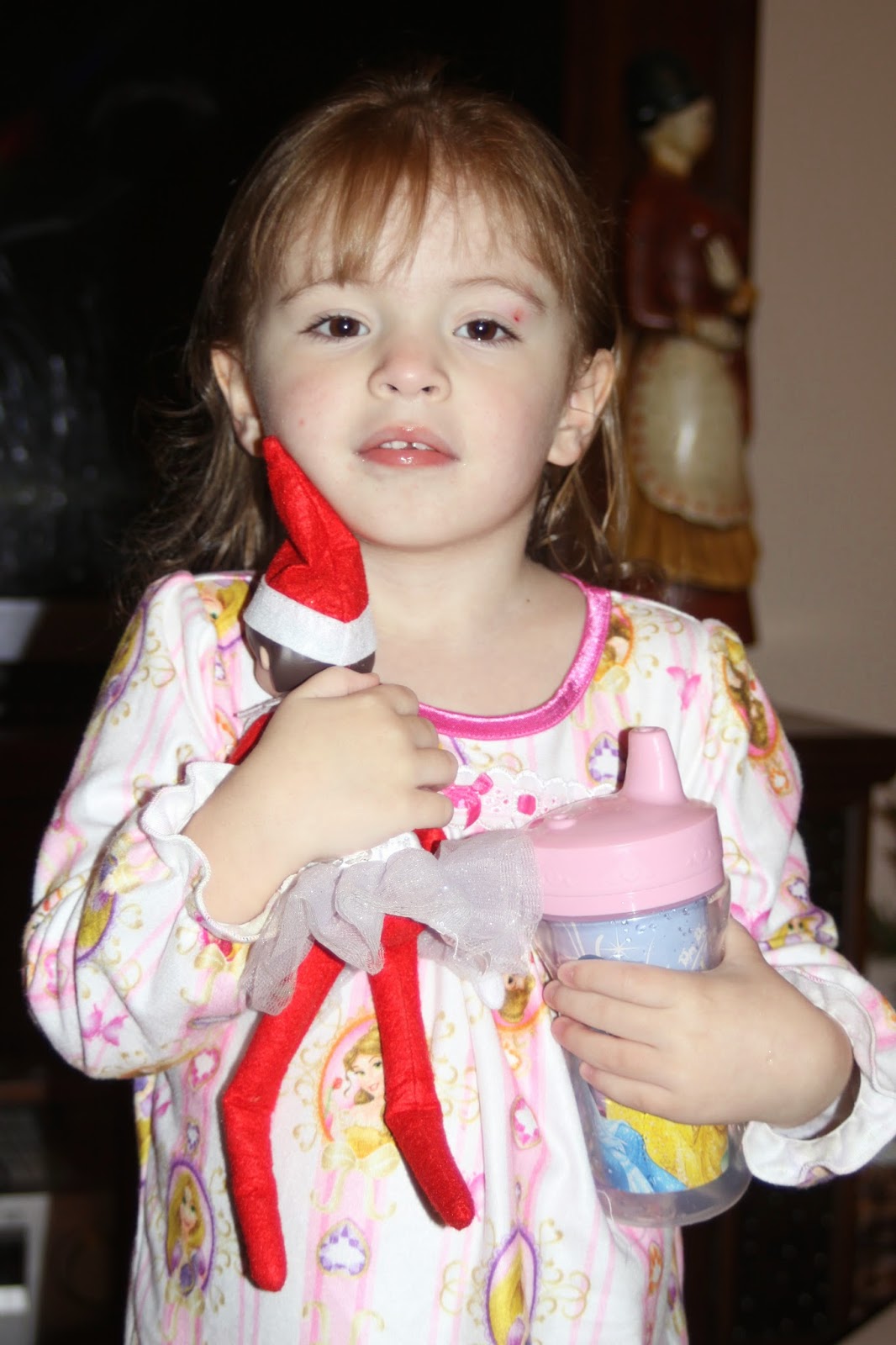 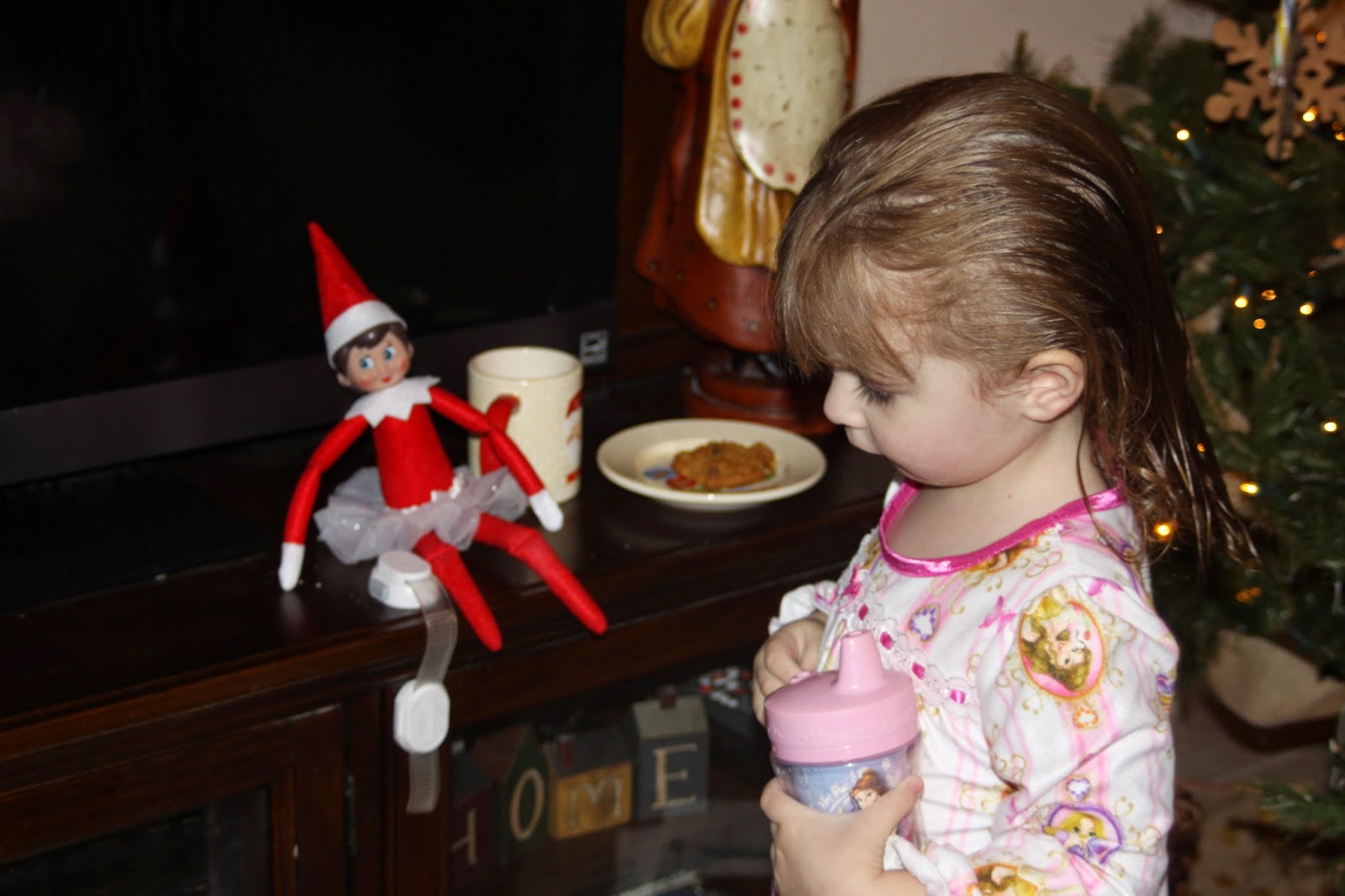 She still asks me about Rose and when she is coming back, so I'd say Rose is a new tradition for our family. I hope she has a great vacation and we will see her next year!
Posted by Dana Rae at 7:56 AM