Happy Friday! I thought I would go way back – well almost 18 years ago. It is Homecoming Season, so I thought this would be fitting. 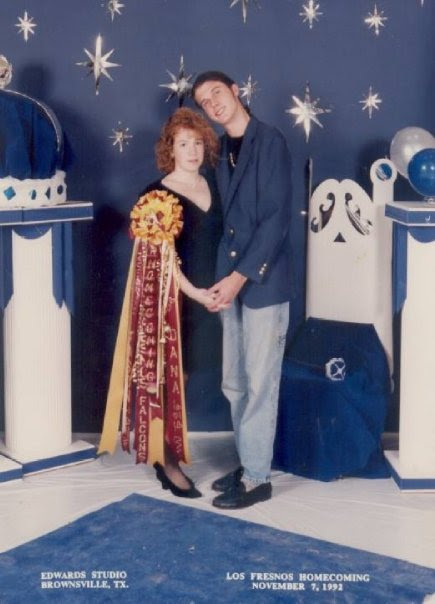 Yeap – that oh so young girl was me at the age of 15. JAG is looking at this cannot not focus on anything else, but that HUGE mum. As I have told him before football in high schools is huge and it was even bigger in . Now I do agree the mum was overkill. I was HUGE, HEAVY and it was REAL! It was so beautiful and I thought I was the bee’s knee’s.
The guy three years older then I was the love of my life at the time. He was so dreamy (then). He was my first mistake in relationships – and continued making that mistake for almost three years until it all ended in – ummm yeah I don’t really think it is appropriate to get into the details. I believe he is living in another state with a career from what I seen on Facebook – we stopped speaking even by an every once in awhile email about 12 years ago.
I do have to say though – that girl was nothing like I am today. That guy, that relationship is what truly began the change into the person I am today. Again I say, “Oh if I could go back.” I would tell that girl to take of the over sized obnoxious mum and RUN! Run as fast as you can away from him. I am sure he has grown and is just as different as I am today – saying this incase anyone else would like to date him.
Oh, I am giving you way too much for a simple flash back – sorry. Want to see more flashback with hopefully less baggage then mine? Go visit Christopher and Tia.

After Post Edit: Well not really edit, but I have more I want to share with you today. I debated on putting it into another post or just forgetting about it, but I feel I need to write to get it out. I really makes the post above seem like nothingness.


My eyes are puffy this morning. They show signs of the morning I have had already. If there is one thing in this world that I just can’t seem to stomach it is grief. As I have said before grief is the worst emotion of all – I think everyone would agree. I am still shocked that I can still find myself sobbing in the shower over a year and a half later. Because it really has been that long since I have spoken to James, but sometimes a dream or a simple thought can pull me back into the pain all over again.
This time I think it was brought on by the combination of James’ sister Susan posting this beautiful picture on the memorial site I created for him in Facebook. 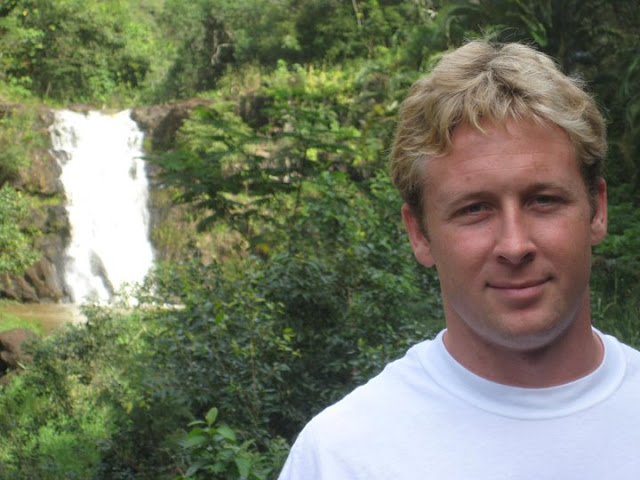 Then finding where she wrote about him there too – Facebook does not update me when things are done even though I created the group, so I stumble upon them. Then last night I had a dream that he was back, but just for a short time and I knew in my dream he would be gone again – sorry got teary for a second. URGH! I don’t understand why I still have these surges of emotions – well I know why, but I wish it would stop – really I don’t because that would mean I would have forgotten about him and what he means to me.
Anyway – I needed to share that. Will it get better? I was hoping I would be better then this by now. If you are new to my blog please got here and here to learn who James is (I prefer not to say was) and what he means to me.
Posted by Dana Rae at 5:05 AM