Lately I have been avoiding the fact that this day would come. During the past week I have started a new relationship which has helped me to focus my attention away from this horrid anniversary. Yesterday when I was driving home I realized I could not avoid it any longer and it was upon me. I realized it had been an entire year since I had spoken to James in that moment I felt that swift kick to the gut exactly as I had felt it a year ago today when I heard he was gone. 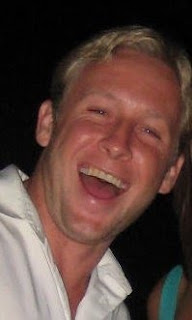 Death leaves a heartache no one can heal, love leaves a memory no one can steal. ~From a headstone in

I don't remember a lot about the week after his death.

There were a lot of tears.

I started his memorial page.

I talked to his brother by email.

I finally, after hearing so much about her, was fortunate to meet and become friends with Michelle.

I cried a lot...think I already said that.

I was angry...it was one of those things were I just wanted to hit someone so they felt as badly as I did.

When you are sorrowful look again in your heart, and you shall see that in truth you are weeping for that which has been your delight. ~Kahlil Gibran

I leaned on my friend Nicole who was still feeling the same grief for her father who had past away two months early. I feel sometimes my grief reminded her even more of her own grief. I owe Nicole the world for those weeks after James’ death. She did more to help me then she will probably ever know. I think the months following with tragedy really brought us closer and helped us to build a strong bond.

I didn’t fully understand her grief until I lost James. I used to tell people who lost a loved ones "it will be ok" or "things will get better." I didn't realize then what that does to someone who is grieving.

It's not "ok" it's been a year and it's not "ok." This happening and him not being here any longer is not "ok."

"Things will get better" I guess the grief has gotten better. I can now talk about him and not cry. I am not saying I am typing this blog without tears, but early on I didn't want it to get better. For it to get better meant that it was real, that I would never hear his voice again. That I could never pick up the phone and ask him the question of the day. It meant that I would never hear his laugh again or see his beautiful smile. I wasn't ready for that this time last year. Hell, as I type it now I am in tears because due to the reality of the truth. 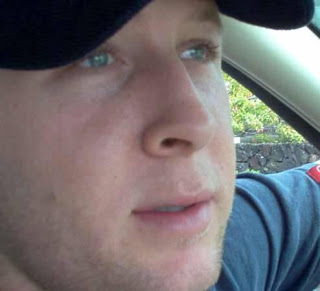 I did my share of verbal fighting with people who posted awful tings about James on-line. I didn’t and never will say that what James did was right. He knew better I know this…he has known better for years, but at the same time it gives no one the right to post untruths about a person, they had never meet, on a public forum where his family could access and read for years to come.

I spent time in conversation with my pastor friend, Vince Anderson. Vince helped me in prayer and finding scripture to come to terms with the situation I was dealing with at the time. He was a strong force in my healing and I thank him for his prayers during that time.

Earth has no sorrow that Heaven cannot heal. ~Author Unknown

The most difficult part of losing James at this point in his life (and I have said this so many times) is that he was doing so well!

Here is part of an email I received from him on January 27th:

By the way, I want to sincerely thank you for being there for me in my time of need. I am doing better than ever right now. I don't know why. I am so high on life right now. Pinch me I must be dreaming.

I was so proud of him. He had gone through a struggle and overcame to find he had joy and passion for life. We spent so long talking about his recovery and his dreams for is future. His goal was to find his perfect woman (of Asian decent, fit and tan) God love him. He hoped to find the one he was meant to be with and he dreamed of family with children.

He was so full of life during his last month. I would find him awake and online at 5 am Hawaii time.

Here is one of the last emails from James, it was sent on February 3rd:

I believe, have always believed, that God put people in my life for a reason. I am meant to learn something from every person in my life. From my friendship with James I learned that I can I have a true, honest non-romantic relationship with someone of the opposite sex. I have learned that a good friend is there when you need them. James and I always seemed to be that to each other even though we lived so far apart. From his death I have learned to not a take a single day for granted, but more then that I have learned to tell people what they mean to you now…don’t hold it until later because later may never come.

I have learned that even though at one time I thought that my life would be tragically scared forever and some point over the last year I didn’t think I would be the same…well I learned I am not the same I was this time last year. This man changed my life forever. He will always be in my life. In March of last year I had a memorial tattoo placed on my leg. It is my favorite tattoo…it means more to me then any of the others. It reminds me of my loss (like I need a reminder) and it also helps me share James with others.

If anything were to come out of all this I hope that his death will teach, will open eyes, will make people understand how fragile our lives are. How one mistake can not only change our life but hundreds of people around you and people you have even met.

As I said last year, God has given me an awesome guardian angel. I was truly blessed to have James be a part of my life.

She was no longer wrestling with the grief, but could sit down with it as a lasting companion and make it a sharer in her thoughts. ~George Eliot 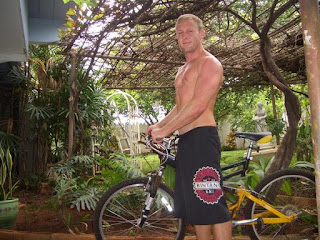