You know those lovely little Christmas letters that people send out every year? The ones where they do the “everything is great” act but fail to mention that their son was in jail this year and the father has continued his long time affair with his secretary. Well this year I decided to write one of those, but a truthful one.

I hope you all are having a wonderful and safe holiday season. I am so happy to say that Shelby and I are doing much better.

I believe that 2009 is where I paid for all the mistakes I made in 2008. It is actually an understatement when I say that 2009 was the worst year of my life. I am so happy and joyous that it is finally over.

January started off with a bang! My live-in significant other was in the middle of a full blown meth addiction that I could not stop. I spent most of 2008 trying to help him out of it, but it was not my decision to make. This resulted in a few life changing events for me and him being kicked out on this butt. For months afterwards my house was broken into on a daily basis by him. This did not end until he was put back into jail in August. He is now serving five years.

February was good at first. I was in a wonderful healthy relationship with a county officer. It was good to not support someone and to have a stable relationship again. Tragic heart wrenching news was received on February 26th when I learned one of my best friends was killed in a single car accident in . I had an entire week of shock and still am dealing with the grief of losing James. Things will never be the same. Ever since, the 26th of each month haunts me. Normally, I don’t realize what day it is until I am already emotionally gone. From that I have learned that life is so short, too short. I take nothing for granted and am grateful for everyday I have. 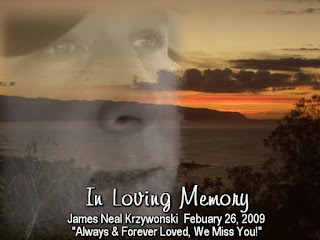 I have learned how quickly life can change during this past year. One action can change your entire course. One office visit can change your life forever. I had to friends diagnosed with breast cancer this past year, from that I decided to finish school. I am working on my RN and hope to go into oncology once my degree is complete.

Almost three years ago my grandmother (my Meme) was diagnosed with Alzheimer’s her struggle with this horrid disease has been life changing for me and brings me to tears to even type it. Since I was young I was always extremely close with my Meme. I mean I am her “mini me.” She stood by me through the worst times in my life. She was always first to offer her support and her love. She taught me grace and compassion. I long to know more about her, I wish I had journals that held the whole story. I have pictures, but I wish I knew the stories behind those pictures. From that I have learned and hope to journal more and more in 2010. There are things that I hope no one reads until I am gone, things my mother would shake her head at, but those are all a part of the story. My grandmother’s illness as brought me much frustration. Alzheimer’s itself is so frustrating not only for her, but for our family. There are days when she is alert, when she knows who she is and where she is and she remembers your name. Then there are days when you think she is going to take her last breath, those are sometimes the worst. You mentally prepare yourself. I have been working on a memorial video for her for three years now and I still cannot being myself to finish it, but each time we go through one of these awful days I get on and edit (and cry a lot). Even though I know a nursing facility is the best place for my grandmother since she is in this condition it is so frustrating for to witness the type of treatment she receives from the staff at times. It is also difficult to see her physical appearance change. My Meme was always on the have her “face on” in public and NEVER EVER was she seen with out her teeth, so seeing her that way has been challenging. I really didn’t mean to ramble so much about her, but her and her condition have been a big part of this year. 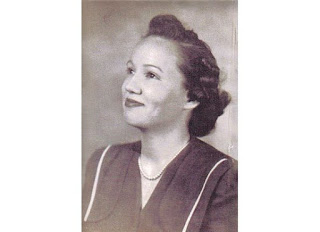 Work has brought its new share of challenges this year. For the first time I had to layoff one of my employees. It is difficult to say the least to say goodbye to someone you have worked with for four years for no reason other than we can’t afford to keep you. Our business has been cut in half or more, there will be no pay increase and no Christmas bonus this year. I think all of us have become less and less motivated as the year has gone by. Our office has been broken into twice, so we are expecting to move early next year. This move will take us out of . 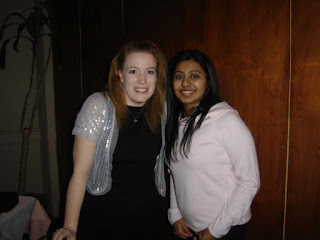 On a positive note (yes good things have happened to me this year) I have reconnected with friends I have not seen in years and that makes me happy! My best friend from the forth grade, Lacy, is back in my life. It is like we were never apart and it has been awesome. I feel like Lacy and her family has adopted me and Shelby. I am happy to have “family” in the area. Through the power of the internet I have had the opportunity to catch up with many more friends as well.

During the second half of this year I really feel I have reconnected with . She has been through so much in the past two years and I am glad that we’ve been able to get back to where we were before. As my x-husband begins his new family I hope to always be I strong shoulder for her. She has opened up a lot more about her feelings on our divorce and each day I see her come to terms with it more. We have had a lot of great memories lately, like her being the first rider of the day on the Judge Roy Scream and also being the only ones on the roller coaster twice. I want to continue to do things with her that builds those positive memories.

Each year I believe Melinda and I have grown closer during this past year. We are slowly, but surely rebuilding our sibling relationship. In 2008 we took a step back, but have since forgiven each other (mainly her forgiving me for not trusting her). In 2010 I hope to talk to her on a more frequent basis and I hope to be able to visit her more. 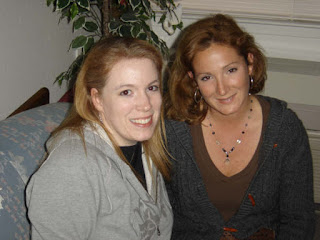 So to close this all up even though 2009 has been so far the worst year of my life I am ending it knowing that which each hurdle I learn more about myself and I grow more as a person. I believe that God gives us no more then we can handle and puts those forks in the road know already what decision we will take.