"From a Glowing Mom to Whatever"

That is how my x family feels about me. All I have to say is "really"? How can you tell from a picture how I am at mothering my daughter? I think during the past year that my relationship with my daughter has grown stronger then it ever was before.
That statement was made two weeks ago but it is still burning me, especially since it came from my x-mother in-law. She was the one woman who knew exactly why I left my x-husband. I left my x-husband because he was controlling to an extent that was unhealthy for me and my daughter. We had a rocky start to our marriage due to the fact that we shouldn’t have gotten married to begin with. We both cheated on each other before we were married and it all came out the week after we said “I do.” Gweedo’s double standards regarding the situation is what made it so difficult to live with, I had to forgive him for is year long affair with a friend of mine, but he could never forgive me for my one time fling with an old love. Ok ok…not going to go through all of it again. I just want to make it clear that I was not the only one to blame for the demise of our marriage. There are many little details and fights that caused me to leave the marriage after three years (and three years of dating before that).
They say a picture speaks a thousand words, well what do you see as the difference between then and now? 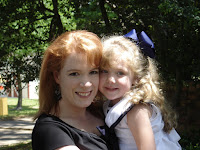 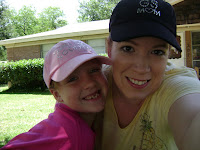 Not much. We are just two girls who love each other more than anything. I am raising my daughter to the best of my ability by teaching her real life lessons, teaching her about diversity, and teaching her to love people no matter what.

I think that my x-inlaws issues steams from comparing me to other people and they forget that even though this mother has gained three tattoos I am still the same woman I was almost two years ago. Hell, I think I am a lot wiser and a lot better to be around then I was then. You can’t compare me to anyone else because I am not like your daughter or his new girl friend or hell even his first wife (that blog is coming soon). You have to understand where I came from and the journey I have been on to get to this point. I was grown and living on my own at 17. I saw things that most people don’t see in their life by the time I was 15. I have lost countless friends to the life I once lived. And a big thing that makes a difference between me and them is I wouldn’t change a single second of my life. I had to go through every hurdle, climb every mountain to get to where I am today.

What am I proud of? I am proud that at the age of 30 I was able to leave a marriage where I was supported 100% by my husband (I didn’t know how much anything cost) and now I own my own home and make it 100% on my own with no help from anyone. That independence and freedom is awesome and I really wish I had it earlier in my life. I am also proud that I have a strong daughter and that our relationship has gotten so much closer in past year. I am proud that she knows the difference between right and wrong, and that she knows that God has a plan for her life, and that she loves everyone with a spirit that so many people are missing.

We still have our struggles, but in no way have I turned from a glowing mom to a whatever! The past year has made me a stronger mom. Everyone I know knows that I will do anything for my daughter. And yes I would even take a baseball bat to someone if they laid a single finger on her or said one awful word to her. She is my life and always will be.