Being a Red Head!

I believe after many years of hating my hair I am truly embracing being a red head. It was hard growing up and having red hair. In elementary school I remember one other girl with red hair, my friend Lacy. That was a big bond for us: Red hair, pale skin, and freckles galore. 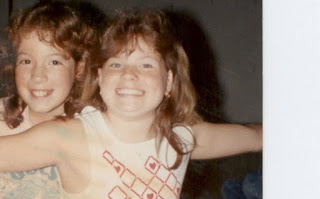 In Junior High I was the only girl with red hair in a South Texas School. I was also one of the whitest girls since I could not and cannot tan (at all!).

When I got into my early 20s I went blond. The color would last for a month and then my red would be back.

So far in my 30s I have gone brown, black, and cherry red. But final I am natural. So in honor of my decision to be a red head (which would make my great Neen so happy) here are some interesting facts about us red heads!

I found these on many different websites.

Less than four percent of the world population has naturally red hair. That is less than two percent in .

A 2002 study found that redhead are harder to sedate than any other people requiring twenty percent more anesthesia. Inadequate doses cause people to wake up during surgery and have increased recall of procedures

Adults have about 120,000 hairs on their head; redheads have fewer, blondes have more, brunettes have the most.

Adams first wife Lilith, always depicted as a redhead, is known to have refused to lie beneath Adam during sexual intercourse, and stated” why should I lie beneath you when I am your equal since both of us were created from dust” –Patai

Eves’ red hair is seen as the stain of sin like the original scarlet letter. Later her son, Cain, will bare the red hair and also a fall from grace.

Adolph Hitler reportedly banned the marriages of two redheads as he feared their children would be “deviant offspring”.

Red haired children have been historically branded as offspring of “unclean” sex. This has earned them taunts such as “red-knob” or “tampon tops.”

Bees are thought to sting redheads more than others.

weBlondes may have more fun but redheads have more sex, according to new research in . The study by Hamburg Sex Researcher Professor Dr. Werner Habermehl looked at the sex lives of hundreds of German women and compared them with their hair color. He said: "The sex lives of women with red hair were clearly more active than those with other hair color, with more partners and having sex more often than the average. The research shows that the fiery redhead certainly lives up to her reputation."

It's difficult for Redheads to dye their hair because of the pigment. (I know this as a fact. The only color that I can permanently dye my hair is black or red. Everything else goes back to red).

Redheads are said to turn more heads than even blondes, since red is the rarest hair color.

"A majority of men believe Redheads have better love lives than blondes or brunettes do." - Harris Interactive Survey

The color red, as with red hair causes heartbeat rates go up and people to feel more sexual.