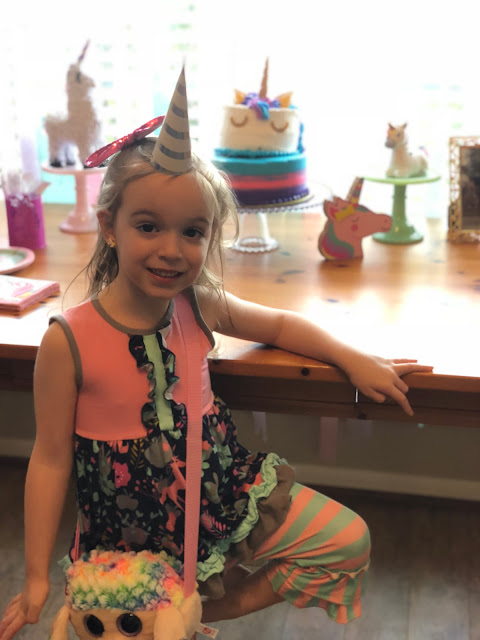 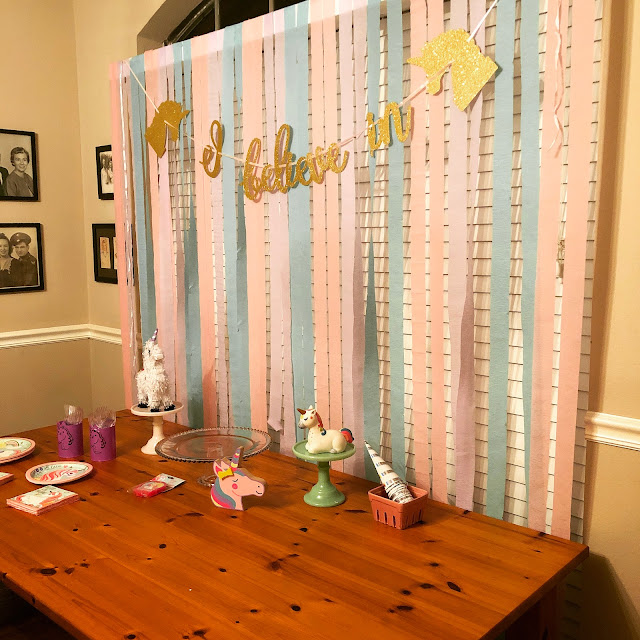 I had been collecting unicorn party supplies since the Fall and so many times I was tempted to change the color theme. Like, when I found these invitations.


Matt was out the town the entire week before Morgan's party, so I decided to give myself a break and order her cake from H-E-B. 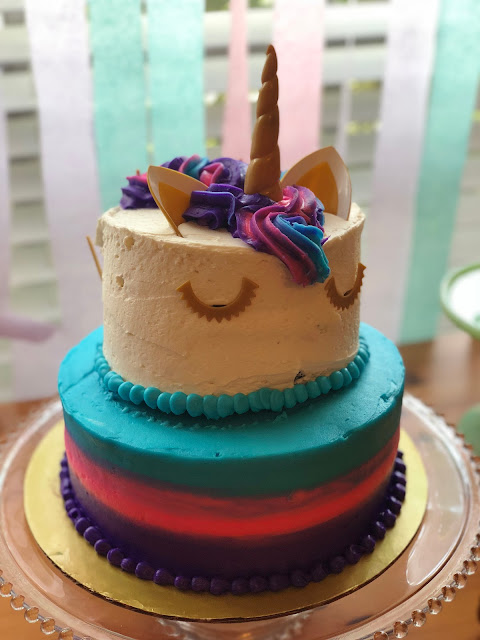 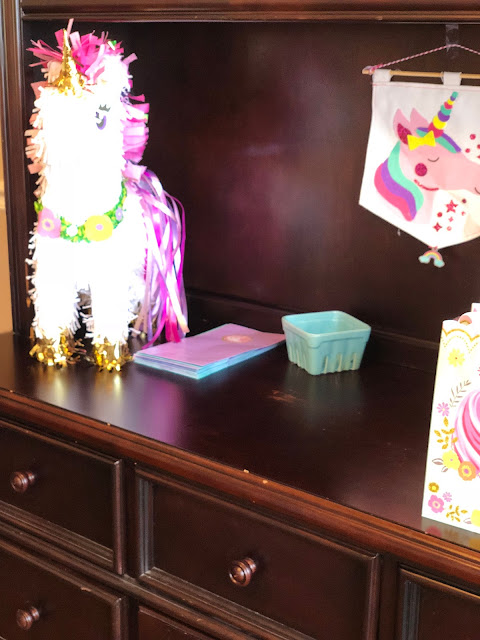 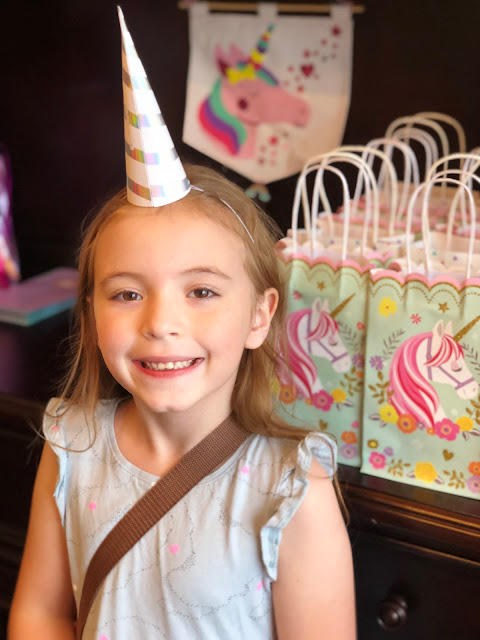 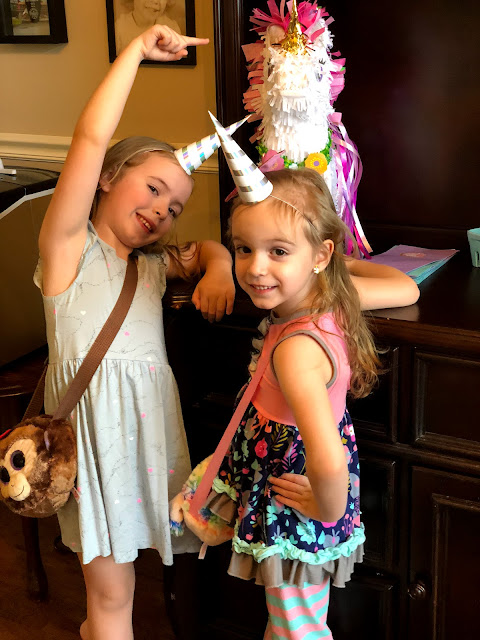 Games didn't really happen this time, but we did have the traditional pinata. 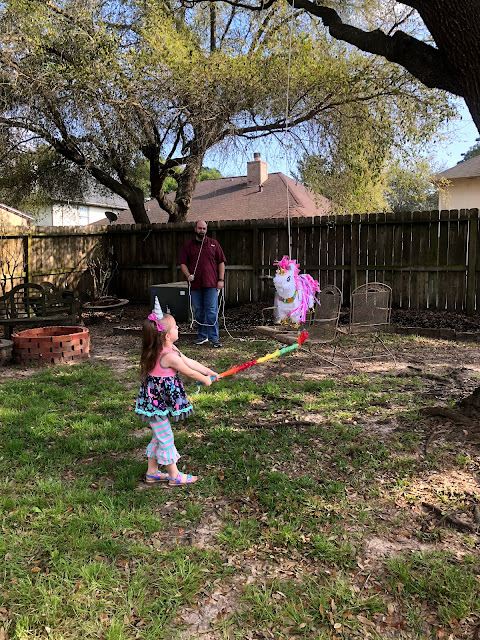 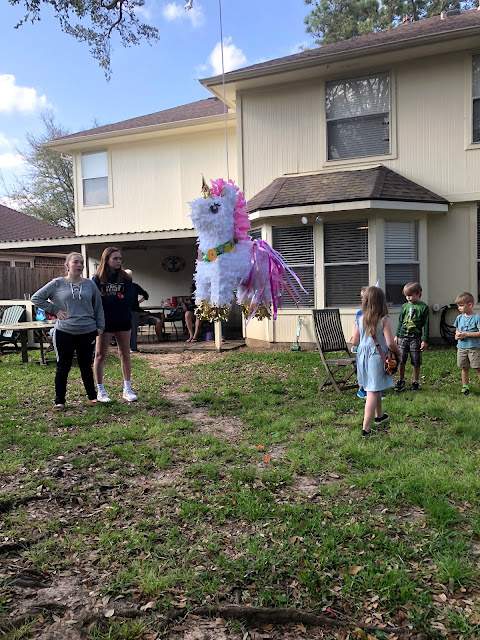 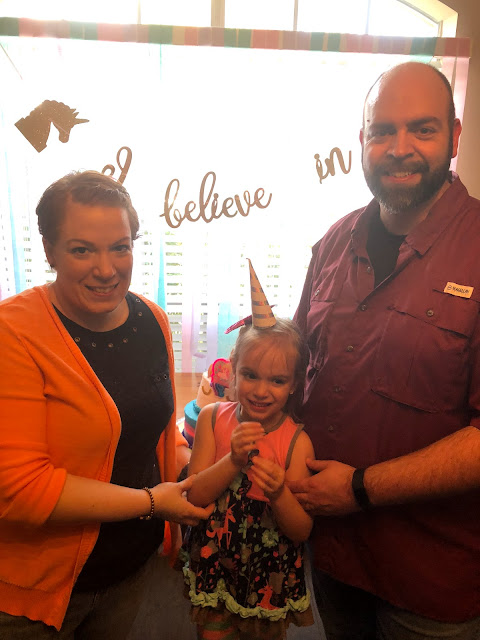 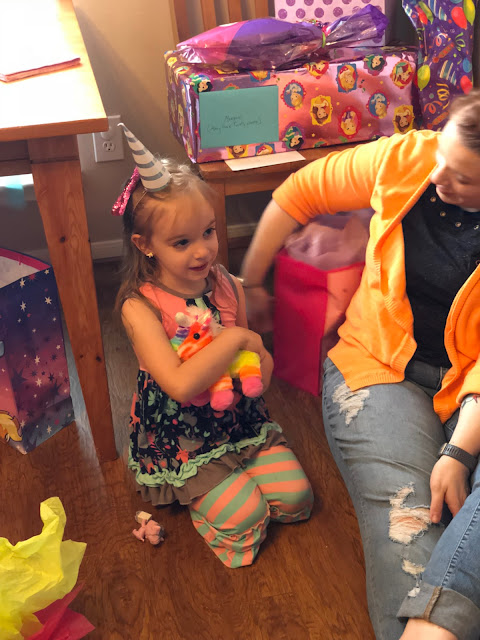 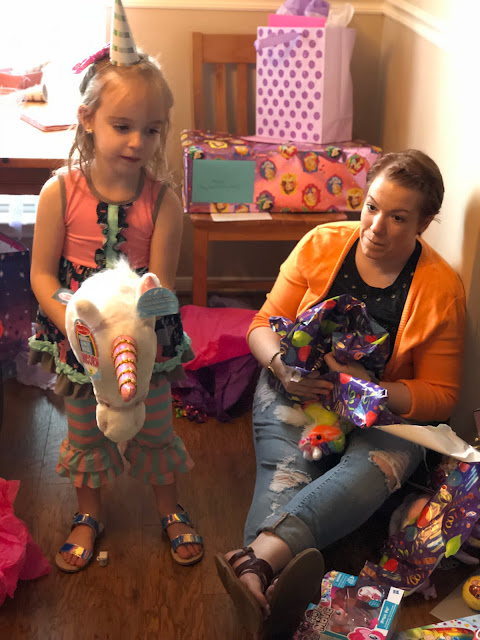 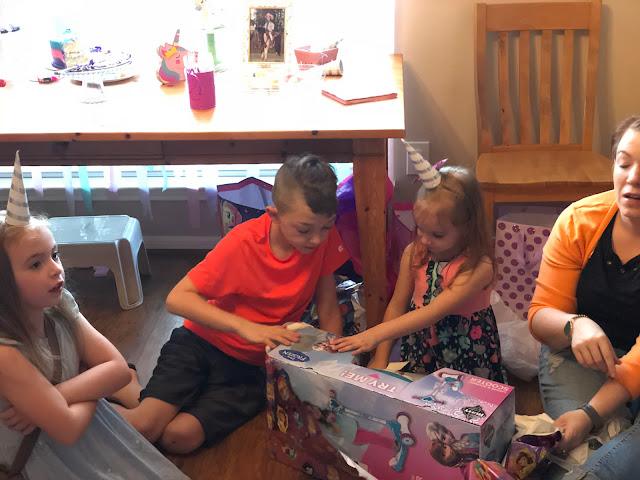 After the party, we tested out the scooter! 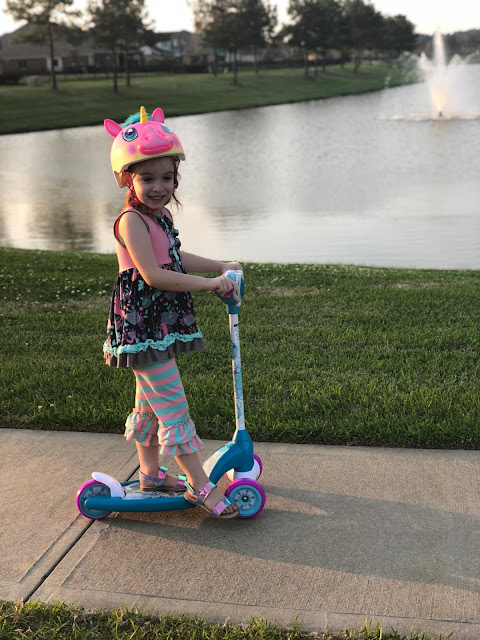 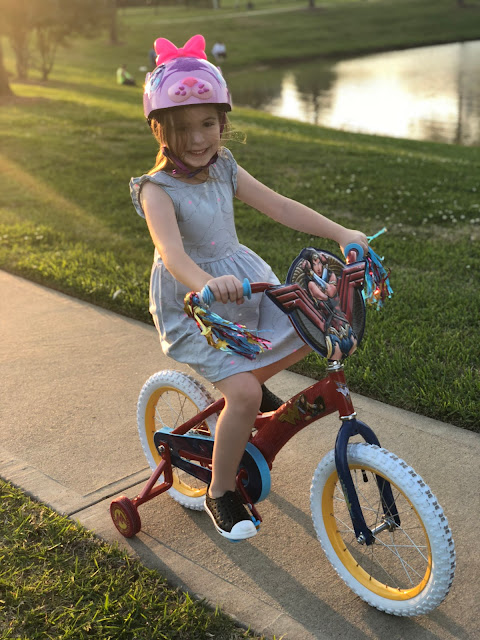 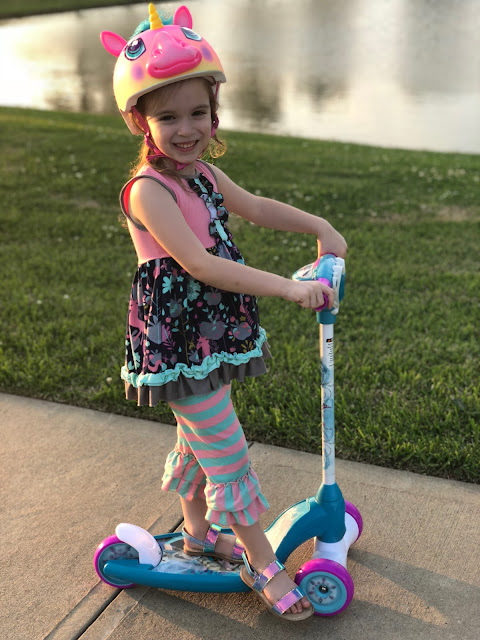 I can't believe she is five already. It was a rather emotional birthday for this mother...more on that later this week!
Posted by Dana Rae at 8:41 AM