Leading up to this birthday I feel like I have repeated, “Do not lose your mind this time” more than I have needed. I strived to walk into my forties mentally and physically healthy - um yeah, strived is a much stronger word than what I have actually felt or done. 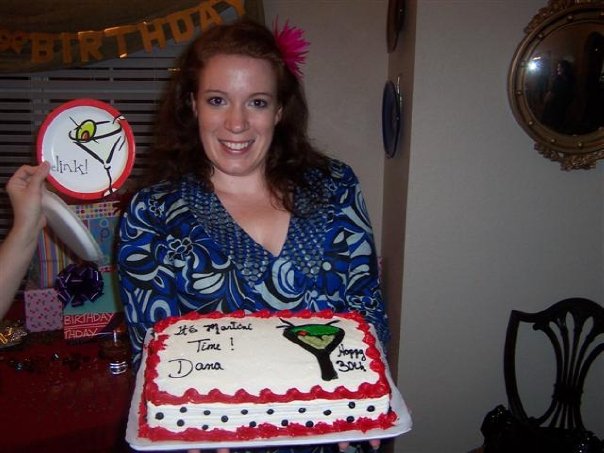 This year, my birthday will mark an anniversary of sorts.  You see ten years ago the facade of my marriage began to chip away.  Ten years ago I stood at the edge of what an outsider would see as a pure nervous breakdown.  How could I be so insane to walk away from my life, to leave my husband, to allow all my friendships to crumble around me?  How could I break apart my daughter’s stable life?

Ten years ago I would say I was breaking free - breaking out of the hell that was my daily life. My cries for help fell on deaf ears. I was surrounded by people who were blinded by the storybook perfectness of my life. There was no reason besides, “She’s lost her ever-loving mind” to describe why I would leave my little red brick corner house. Ten years ago I masked my pain with perfection.  Not the perfection I struggle with today, but the perfection that said, “You need to just wipe out every moment of your life before this marriage be accepted today.”

It led me to weekly visits with a gastroenterologist. It also led to medical intervention for my depression. It wasn’t all my ex-husband, ten years ago I slowly started to lose Meme, my strong faith guider, my safe place to Alzheimer's.  We had moved her from her apartment to a nursing home.  I had sat with her multiple times during the previous year as she recovered from accidental overdoses.  My parents were selling they home close to me and moving back to South Texas.  I was dealing with a pretty heavy load of things that could make someone a bit blue.

And at the same time, I was attempting to erase 17 years of hurt and shame with a trip to the gym, with a perfectly made bed, with a kitchen floor you could eat off of and with an envy-worthy family picture on my yearly Christmas card.

I cannot describe the fall season prior to my divorce in early 2008 as “the beginning of the end”. No, looking back it was the band closest to the eye of the storm. It was volatile, it was harsh, there was damage taking place, but you stood at the shoreline thinking, “This is not going to end, this storm is about to get so much worse.”

I am thankful that I chose to journal - though very sporadic - ten years ago.

It is the eve of my 30th birthday. The BIG 30. Tonight in bible study we discussed disappointment. You can be disappointed in God, in others and in yourself. I feel like I have spent the last 29 years disappointing others. I have disappointed my family, my friends, but mostly myself. I struggle with internal battles the most. I struggle with self-destruction by doing things that I know I shouldn’t be doing but doing them out of rebellion. I am at an end.  Lord, I hate myself. How have I gotten to this point where I don’t know myself at all?

From that point I started to grasp at pieces of myself I could still recognize one being creating, sewing, which led me into a community of other creative people. Their world was so colorful compared to vanilla of the safeness I had put my life into. Their ability to be comfortable in their own skin, in their talents was so attractive - so what I wanted - such an escape.  And when I saw that uniqueness was a threat to my husband it became the perfect tool to fight back against the control I was feeling from him. 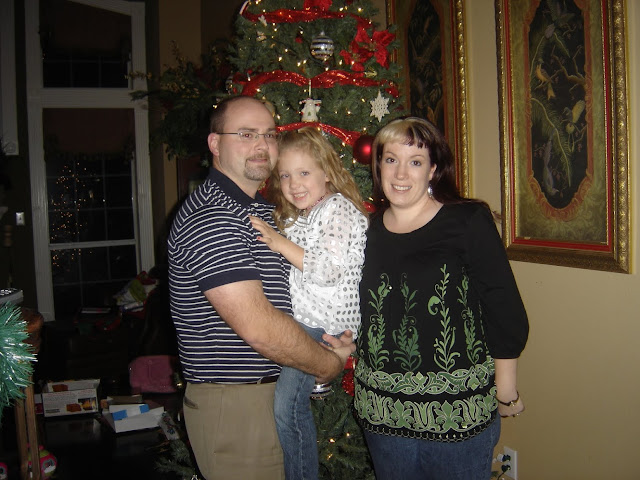 This past year as we went through pictures for Shelby’s birthday party, this one popped up. I said, “that’s the last family picture.” She stopped and examined it closely. Luckily, she does not remember that Christmas.  She doesn’t remember the words that were exchanged. Two weeks later I was moving her out of her home and into an apartment.

To have what I feel is a successful marriage you have to deal with your “stuff”. You cannot shove the suitcase of hurt and shame into a closet under the stairs. Well, you can, but it won’t stay there forever. All that closed up shame will manifest itself into other things and wind up exploding.

I did not know the truth of grace ten years ago. I did not know how to receive the love given to me through Jesus. I appeared so together but was so lost. Lost in the perfection I created for the world to see.

Lord, help me to walk into my forties fully embracing the hot mess that I am today, knowing that I am far from perfect, but knowing that in your eyes grace as made me perfect to you.

I want my 40th not be an anniversary of the actions I took 10 years ago, but a celebration of the last 40 years of my life.

The 20-year-old me is in complete shock that we have made it this far and thoroughly impressed by the beauty on the other side of the storm. The 40-year-old me is thinking, just wait till you see the 60-year-old me - she is going to knock your socks off.

I feel, after all of my rambling, that I just want to make one thing perfectly clear

Hold true to this fact, my friends, Grace Changes Everything.

On it, my Savior, both bruised and crushed
Showed that God is love and God is just

At the cross, You beckon me
You draw me gently to my knees
And I am lost for words, so lost in love

This year on the eve of my birthday, 10 years after screaming I hate myself, I am will be on the radio share what life is like after healing.

NOVEMBER 5, 2017 at 7 pm
To stream broadcasts from outside the Houston area
go to KKHT.com and click the "listen live" button.

Click here for more information
Posted by Dana Rae at 10:28 AM