Living Through My Child and Proud of It!

I do the best I can to keep myself from living vicariously through Shelby. It’s not an easy task and I have done somethings like starting dance at a young age or letting her cheer that could be seen as me living through her, but I let her stop those activities when they no longer brought her joy.

I say this, but I will tell the entire world that I will continue to relentlessly push my daughter to stay connected in youth group. That sentence brings back images from Sixteen Candles where a teenager is pushed into the dance by his parents and they hold the gym door shut to keep him in. I haven’t gone that far, but don’t let yourself think that I wouldn’t go to those lengths if I needed to.

Why am I so insanely insistent on Shelby being involved in Youth Group?

Because I did not have this. 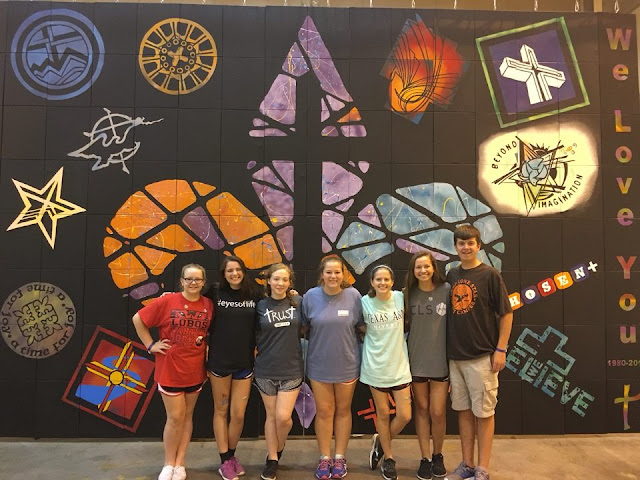 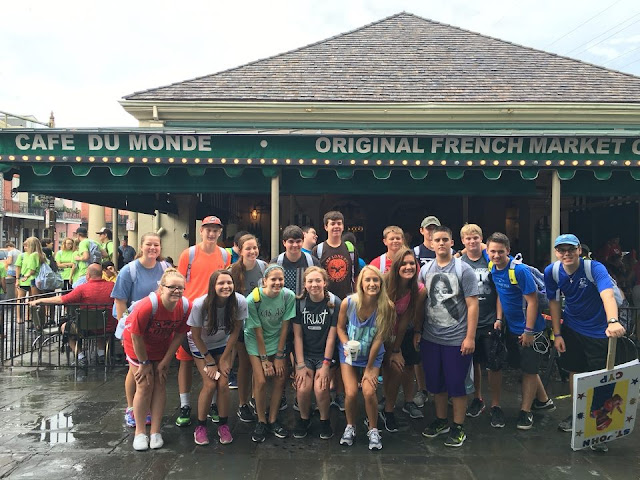 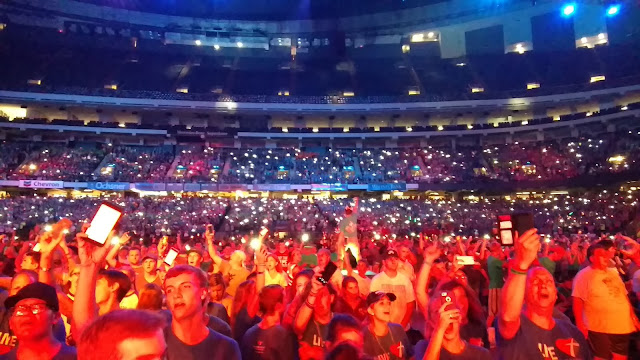 When I made the decision to accompany 18 teenager’s to the LCMS National Youth Gathering in New Orleans I thought that the memories of my high school years would probably flood my mind. I would have the same thoughts I did as I sat with Shelby’s theater group during the end of year banquet, comparing the 17 year old me to the 17 year old them.

When you terminate a pregnancy at the age of 14, develop a drug addition by16 and walk the line of prostitution at 17, you don’t have the same high school experience as other children your age. You don’t have strong friendships and you definitely do not have a solid foundation in Jesus.

I had to bite the inside of my mouth (something I do to prevent myself from lunging into full on tears) as a stood behind three beautiful friends one evening.We had just completed a fantastic Mass Event, one where chills ran through my body as I looked from my floor seats at the 20,000 plus participants in the seats surrounding us. We were able to keep our seats to watch Rend Collective in concert. As I watched these three friends (two girls and one boy) dance with silly, made up, but perfectly in synch moves I was in awe of their friendship - one that has lasted through years, one that we will see bloom even more as they walk through their senior year in high school.

As my eyes panned through our group I saw my daughter dancing next to the daughter of one of my closest friends and my heart sped up, I could feel the knot in my throat and I just knew that I could ugly cry all over the floor of that arena.

I didn’t have that.

The ability to have amazingly healthy, true friendships. Friendships with strong foundations. 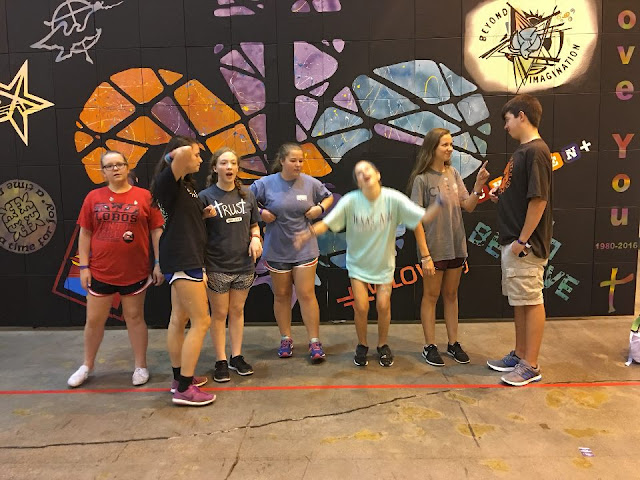 So many times this week I found myself just in awe over these young men and women. 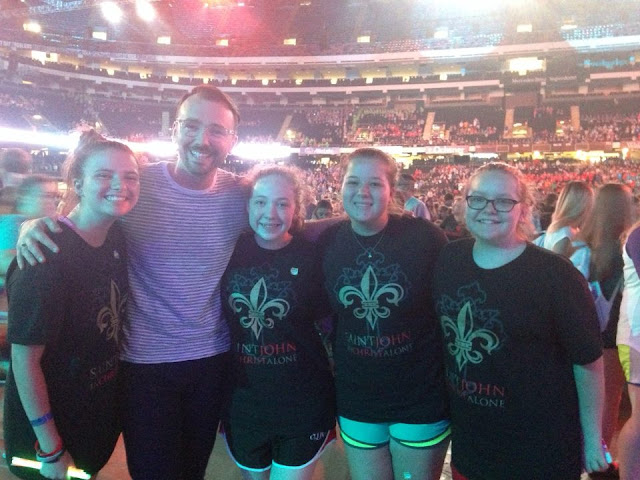 I was amazed by the strength of their faith. 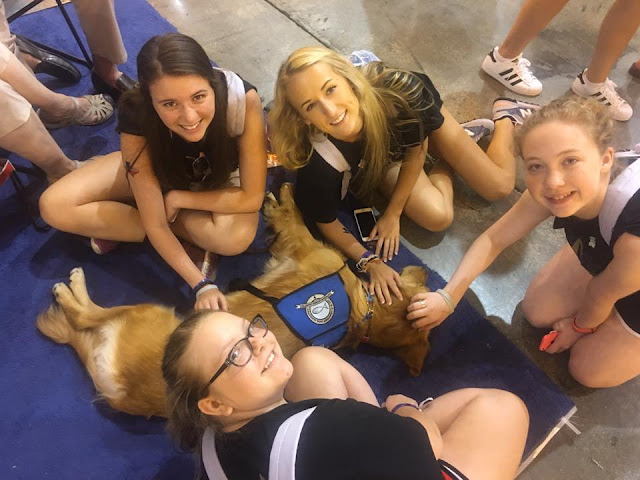 I was amazed at their genuine love for each other. 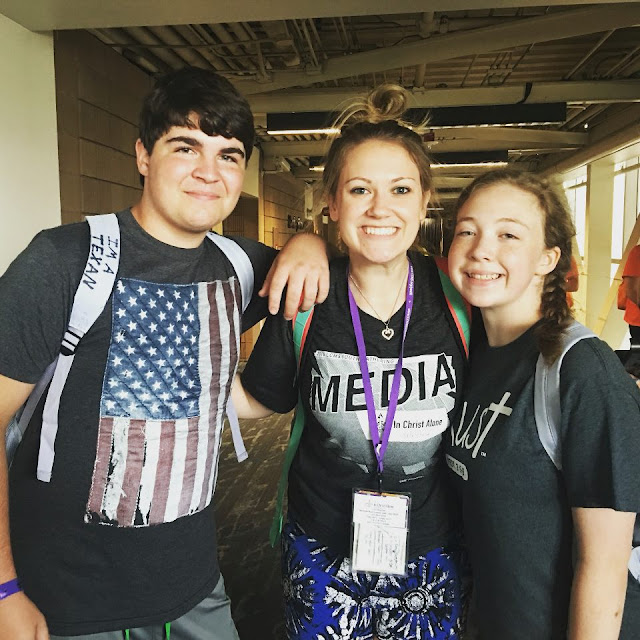 I was amazed at their willingness to help each other and to help a stranger without hesitation. 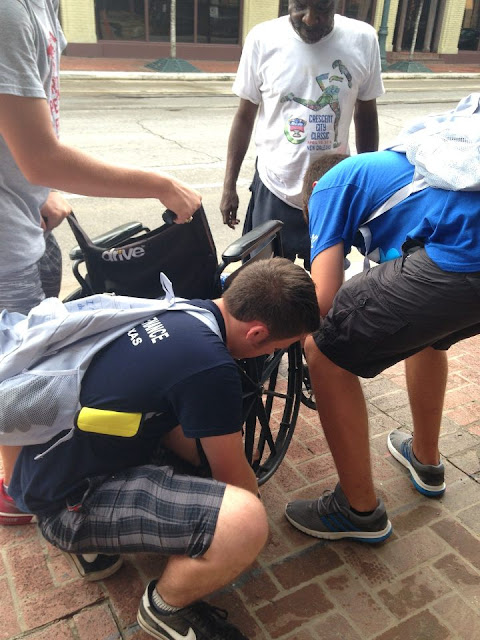 When I said “yes” I would go with these kids to New Orleans, I never imagined in a million years that I would fall so in love with each of them. It is like having children - I love each one of them, but for different reasons. My heart grew tremendously this past week as got to know some of these young people for the first time. And my love just increased for the ones I have gotten the privilege to spend time with before this trip. I just thought I was going so we would have one more adult, to put my dear friend at ease while her child was there and to see David Crowder.

I mean, when they announced that Crowder would be there that kind of sealed the deal. These amazing young people had the privilege (which they probably now regret due to sure embarrassment I am sure) to accompany me to the Crowder concert. 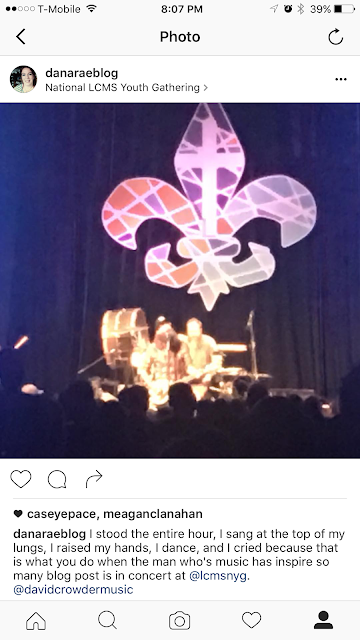 It’s true I cried! I had to explain to Shelby that that bearded man was my One Direction, my Beatles, my Jim Morrison (she had no clue who that was). I owe so much to that man’s music, that man’s lyrics. I know the entire group thought I was insane, but I did not care - I showed them how you worship! At one point they wound up sitting on the floor next to me (I told them to sit because they were being crazy and they sat right down on the floor) just looking up at me as I raised my hands, as I clapped with all my strength and as I sang at the top of my lungs. It was absolutely amazing.

Back to my topic - Shelby’s involvement in youth group. 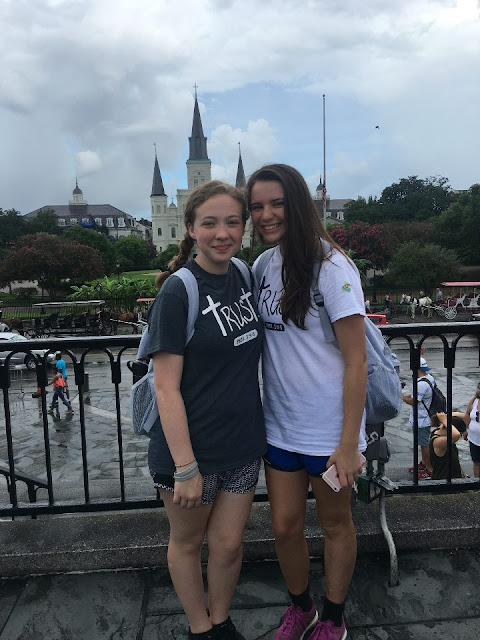 Shelby’s faith is extremely important to me - not that it isn’t to her and I want it to be her faith, not mine-and I will go to the ends of the earth for her to continue what she has right now. I will fight tooth and nail for her to remain in this group, to strengthen these relationships. I will stand in the face of the Enemy when ever possible to keep her in this environment.

I will push her in that dance and hold the door shut - I will! 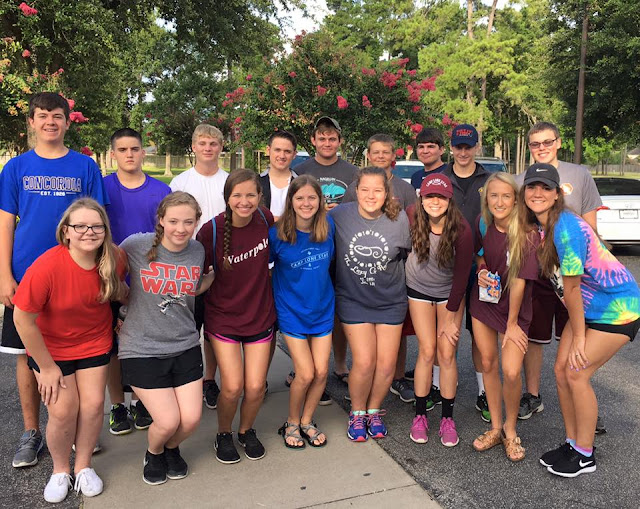 For this girl, hell, for all of them to be able to get what I never had I will do everything in my power and when that’s not enough I will ask God for more power. She is, they are, that important to me.

A Little Self Promotion can be found by clicking HERE!
Posted by Dana Rae at 8:46 AM

Labels: Being a Mom, Faith, Shelby, what I believe