This girl is crazy. Her petite little frame is packed full of personality. I absolutely adore her tiny voice and her sweet smile. 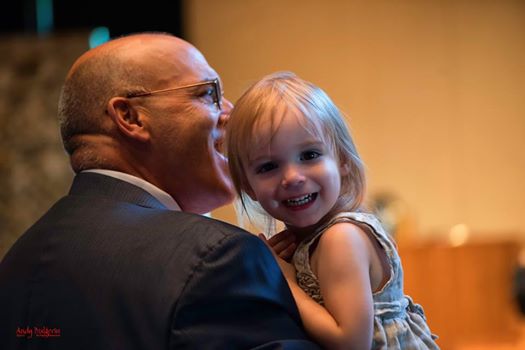 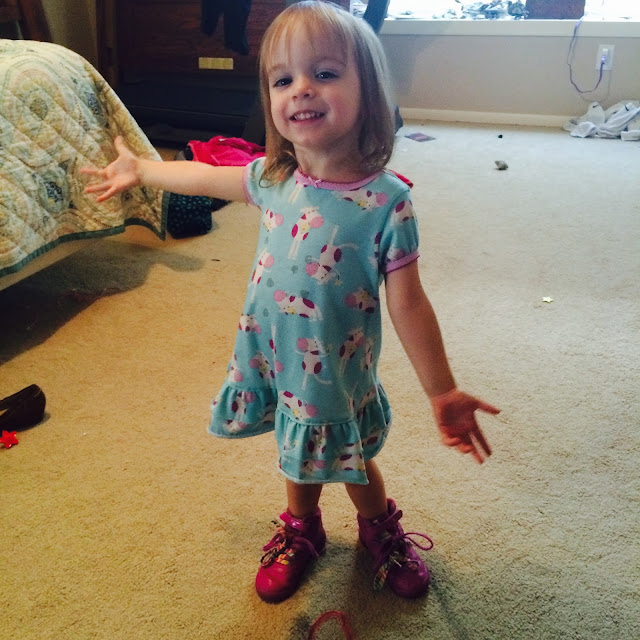 But I almost lost her.

She almost didn’t make into this world.

ICP stands for Intrahepatic Cholestasis of Pregnancy - words that I pray you never have to hear during a pregnancy.

The bad news of ICP:

ICP poses several risks that are of great concern. ICP is associated with an increased risk of stillbirth (intrauterine fetal death), meconium staining in utero, spontaneous premature labor, fetal distress, and respiratory issues for the baby. The risk of stillbirth in an ICP pregnancy is believed to be the same as that of a pregnancy with no complications (1%) with active management (prescribed medicine treatment-UDCA Ursodeoxycholic acid, and choosing to deliver early). In addition, most doctors chose to monitor women closely and deliver the babies early in order to minimize the risk. {from www.icpcare.org}

The good news is there is treatment that does reduce your risk of stillbirth. Now, in my case (keep reading) I had to fight and fight to get the treatment I needed.

Also, there is support with great organizations like ICP Care. An organization that I leaned on for five weeks as I battled and prayed for the life of my daughter.

“I thought he was prescribing me something new.”
“No, this is what you are on; it’s just the non-generic version. Do you want to see if it will help?”
“Seriously doubt it will since the generic version offers zero relief.”
“Have you tried Benadryl?”

That’s when I lost it.
“Yes, I’ve tried EVERYTHING! I will just talk to him next week!”

How dare she!?! Does she not realize that what I am going through, what I’ve been through? Does my doctor not even know the medicine that he has already prescribe to me? Is he not taking this seriously?

Those were my thoughts as I stood in my kitchen in disbelief rubbing one foot against the other trying my best to avoid the spot where I had already scratched the top layer of skin off of my foot. Of all the people in the world you would think my doctor’s nurse would understand the condition I was dealing with!

About four weeks previously while Matt was traveling I was woken from a sound sleep to the pain and itching of what felt like fire ants in my bed. They were attacking my feet starting in my ankles and quickly moving to the soles of my feet. I quickly sat up (as quickly as you can when you are 8 month pregnant) and pulled the sheets back to find nothing but my two feet that felt like they were on fire. I reached down and itched them like crazy, but it gave me no relief. I checked for bites and found none along with no rash of any type.

I got up and grabbed a tube of Benadryl from the master bathroom. I was hoping that a nice large lathering would stop the itching. It brought zero relief. I contemplated a knife to just cut my feet off, but then had a brilliant idea of using ice. My thought process didn’t happen as quickly as I am writing it, but the relief brought on by sticking plastic baggies of ice in my socks did. I was able to go to sleep. I woke up a few hours later with a large wet spot from you leaking bags of ice and the itching returned. I thought to myself well if this is the only pregnancy side effect I have then it’s not too bad. It’s still been an awesome pregnancy; I can deal with a bit of itching. I am sure it will over soon.

After two days, little sleep and many oral Benadryl taken in vain I decided to Google “itching feet pregnancy.” Yes, I know I know you shouldn’t Google any type of medical symptoms and you definitely should avoid WebMD when you are pregnant (especially 35 and pregnant), but I was desperate for ideas on what could make this itching go away.

The first entry that pulled up was describing a condition called Cholestasis of pregnancy. I read a bit about how toxic were being released through my feet and thought yay, that’s probably not what I have. I put it in the back of my mind and just applied more Benadryl. I did send it to Matt, though, with a “what do you think?” attached. His response was a typical, “I am sure you are fine.” When he got in from out of town he saw first hand just how bad it was. The first night that he had to deal with it he tried everything to help. He rubbed cream of my feet, helped me prop them up and ran to get ice packs. He sat next to my and hugged me as I cried in frustration.

On the eighth day of less than two hours of sleep a night I broke down and called the doctor. I was squeezed in to see the Physician Assistant and told her my story.

“I itch. It sounds crazy, but it my feet mainly at night. I want to use an knife to scrape my skin off. It’s horrible and I don’t sleep.”
I looked at Matt, who I drug along to vouch for me, “he can tell you that I am not crazy. I read that it could be my gallbladder.”
“Well, you would be itching all over it was your gallbladder, but I will order labs and call in a prescription that will stop the itching.”

I swear it wasn’t  me being psychosomatic, but that night my arms and legs started itching. I was miserable. After two days I called the doctor’s office and talked with the nurse. She said, “It’s just your hormones.” I explained I thought it was ICP, Intrahepatic Cholestasis of Pregnancy. To which she responded, “oh sweetie you need to stay off of the internet. There are things on there that are just meant to scare you.”

I am not sure if you feel the same way I do, but as I woman I know my body and I know when something is wrong and in this case something was wrong. I searched and search to find nothing else that matched my symptoms. One afternoon after getting zero response from my doctor about my condition getting worse I found myself on Facebook of all places in a group called ICP Care/Itchy Moms. I posted my symptoms and asked if they thought it was ICP. I quickly received multiple responses saying I was right on target. So, I headed over to the ICP Cares website and quickly found out just how serious this is for both Morgan and me.

At that point I stepped up my game. It is common for doctors to not be familiar with ICP since it is pretty rare. I believe it is like a one in one thousand people thing, so it became my job to educate my very experienced OB. I printed and read study after study. I prepared a list of my symptoms and what in-home treatment I had tried. I also typed up a list of demands that included the tests I wanted and the steps we would take if it was indeed ICP. I went into my doctors appointment prepared to fight for my rights, but I found I didn’t need to. He sort of read through what I had and said, “Ok we will run more blood and get you a sonogram.” He agreed that it was probably ICP even though my blood work a week prior said everything was fine. My sonogram showed a large amount of amniotic fluid which brings in another slew of complications that of course I googled.

I added new words to my vocabulary like Bile Acid Screen, Liver Function Test, AST and ALT. Possible outcomes like still born and time in NICU become daily thoughts. I asked for prayers from a few people, not wanted to go public until I was fully diagnosed.

This brings me to today, almost four weeks later with zero resolution to my condition. I have had two regular healthy blood panels, but I still only sleep about two to four hours a night. My amniotic fluid has increase by the week, but my doctor thinks it’s not a big deal. Actually, as of this week I take that he thinks the entire thing is no big deal which scares the daylights out of me. ICP if untreated could be fatal for my child, not to mention what I could go through. I find myself sitting here this morning fighting with my doctor to see a specialist for a second opinion. The only possibility on the table is ICP since we have yet to find anything else it could be.

I am frustrated, exhausted and depressed beyond belief. It’s getting increasingly harder to get through each night not to mention I now itch through most of the day and naps only come in hour spans before I start have unmanageable itching.

So, I lose my cool when I nurse asks if I have tried Benadryl. If she only knew what I am living with these days.

Re-reading that post brings back so many memories, so much fear and so much hurt.

This was my life then:

February 28th
You don't have PUPPS, but you also don't have ICP (Intrahepatic Cholestasis of Pregnancy)

March 5th
You have Gestational Diabetes

March 6th
You don't have Gestational Diabetes, you definitely have Intrahaepatic Cholestasis of Pregnancy
You need to be on meds STAT and have this baby next week.

March 7th
Yep, you still have Intrahepatic Cholestasis of Pregnancy

After, fighting my doctor for months, I finally was allowed to deliver Morgan at 36 weeks.

I was induced, my labor with fairly uneventful. I did have so much amniotic fluid that even my nurses were shocked. I said less than four words to my doctor. The man who had delivered all of my daughters, then man I had trusted for eleven years, but our relationship was so strained due to his ego and my will to fight for my child. 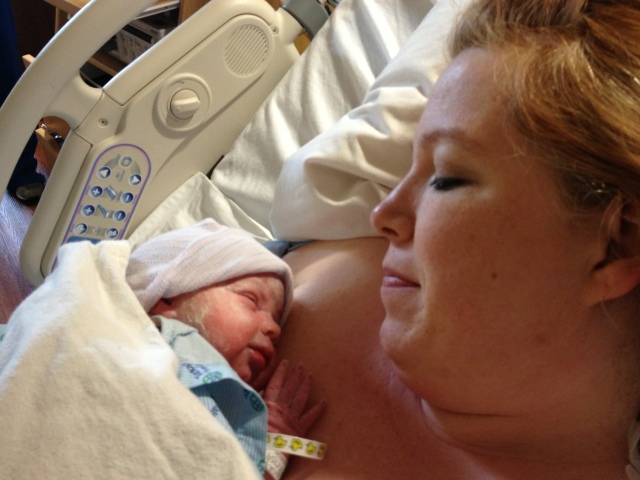 On March 12, 2013 at 6:05 pm Morgan Lynne was born. She  was the smallest (and still is) of all my children weighing only 6 pounds 15 ounces. She spent a little extra time having tests run in the hospital, but was not admitted into NICU.

Today, Morgan is healthy even though she is small (only about 37% in weight and height for age). 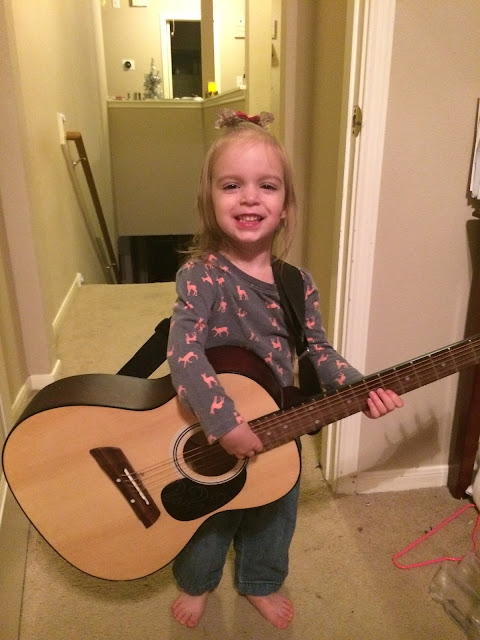 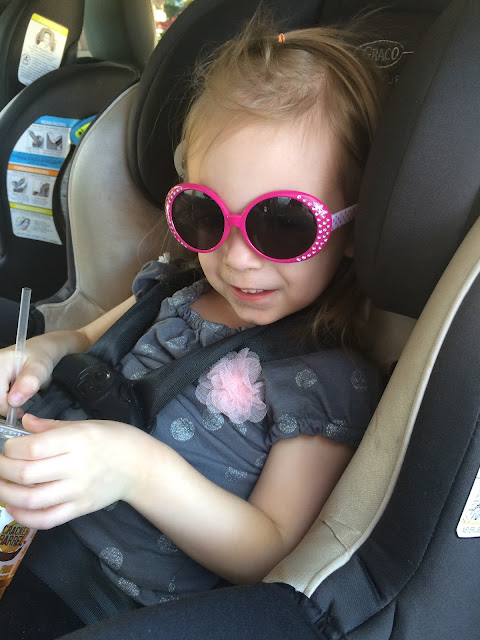 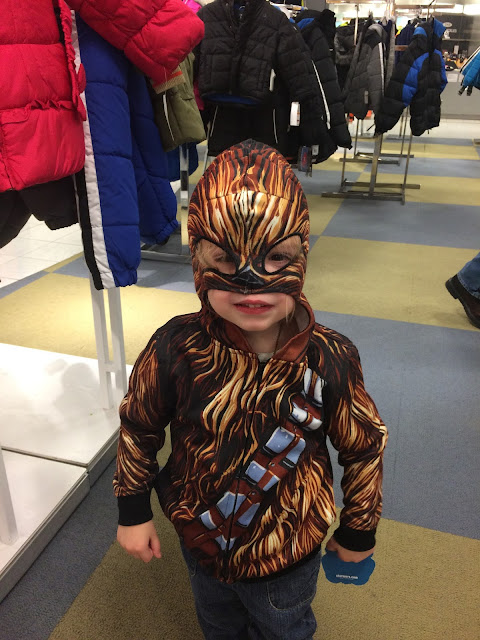 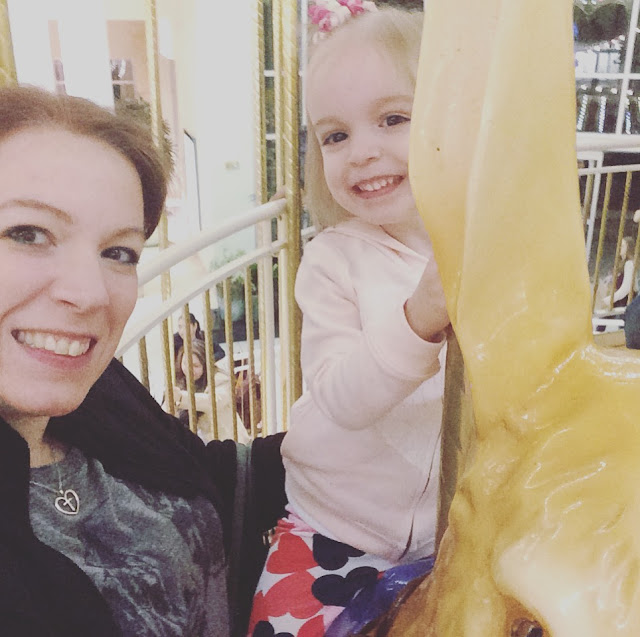 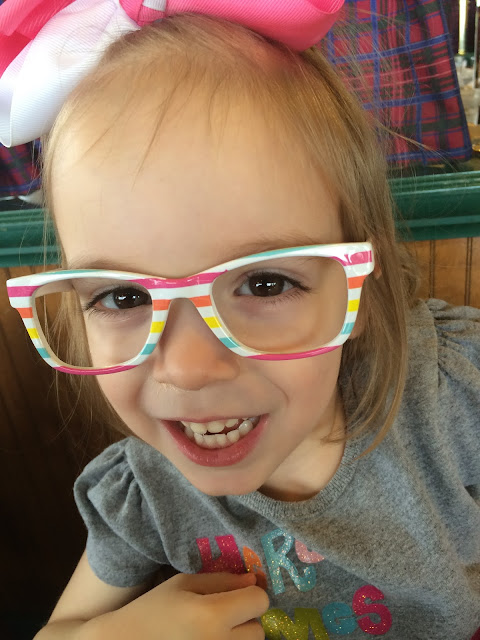