My Story: Circle of Redemption

In Priscilla Shirer’s book (and bible study), Gideon she discusses the Israelites and the Circle of Redemption.  If you are familiar with the 6th chapter of Judges you will recall that at the beginning of just about every paragraph it says “Again the Israelites did evil in the eyes of the Lord.” They just could not keep it straight, constantly going back to following other gods.

Today I want to talk a little about the Circle of Redemption (which I wrote out in my journal a few months ago) and how I saw it relating to my story. 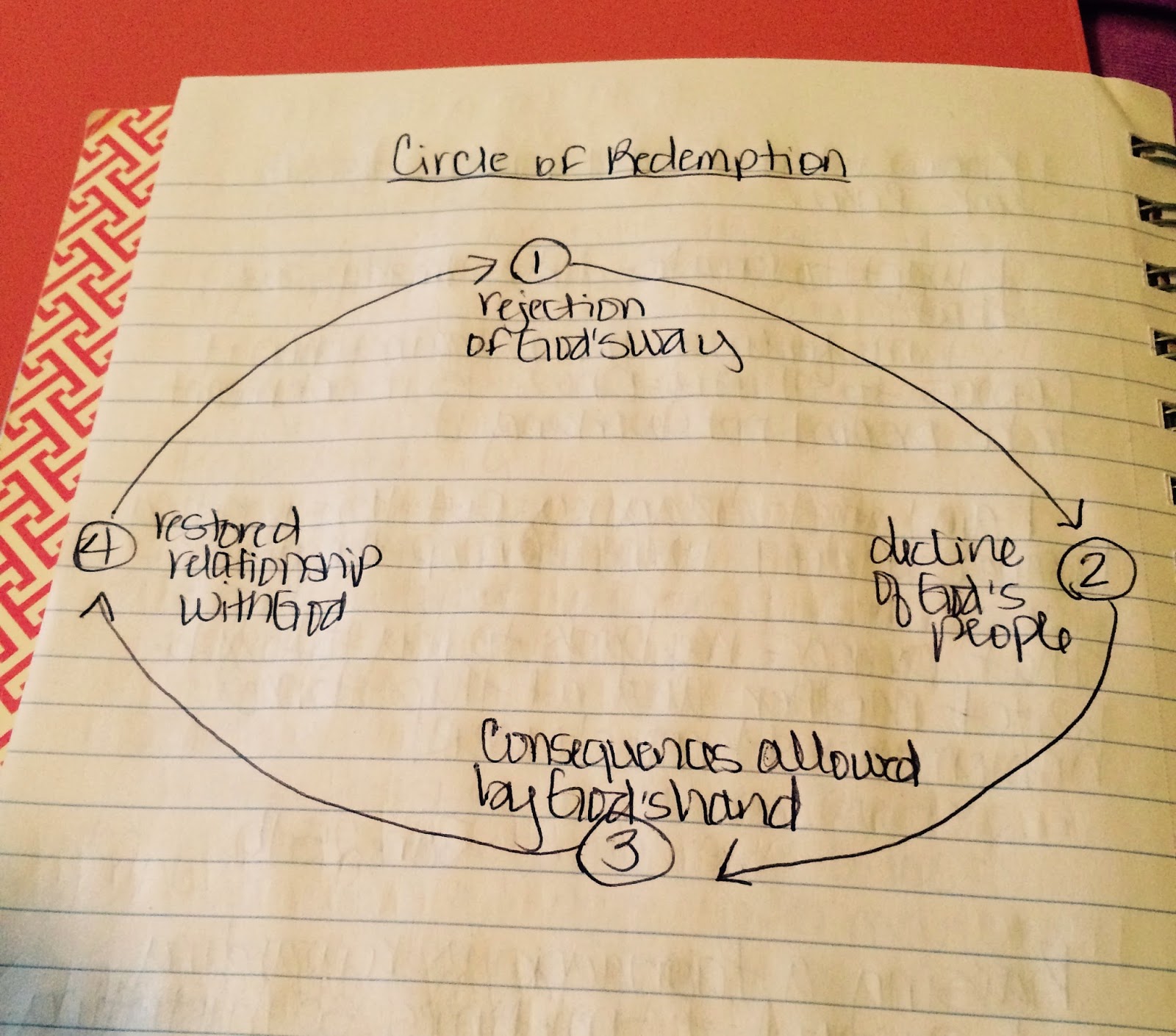 So the way the cycle goes is:

Rejection of God’s Way: pretty simple - doing/acting opposite of God’s plan for your life or opposite of His commandments.
Decline of God’s People: Yep, trust me when you pile on those sins then you will see a decline. It can be physical and emotional. If affects you and those around you.
Consequences called by God’s hand: oh that word “consequences.” There are so many consequences for our sins - they can come in so many different forms.
Restored relationship with the Lord.

Now Priscilla was writing this to show how this happened generation after generation for those poor Israelites, but I was like “wait, that’s me.” I could put my life events clearly into this circle three precise times.

Last week I shared with you my first time through the circle. At the age of 14 my rejection of God’s way started. I experienced some serious decline which in turn lead to consequences that I still deal with today. Now, I want to share with you step 4: a restored relationship because I did have some really good years in my late teens, early twenties.

So, first off I spent the summer when I was 17 with my Meme. This meant that I had a full dose of Jesus on pretty much a daily basis. Which reminds me of a funny story about my Meme and how she NEVER STOPPED PRAYING. You see, Meme would sit quietly and then you would hear her say “praise Jesus” in a soft whisper. She’d be driving, “praise Jesus.” Walking though a store, “praise Jesus.” Everyone kind of thought she was a bit crazy, but looking back that lady was praying her little heart out. I am not sure there ever was a time she was not praying for someone (a lot of times me - for many many years to come). (which seems a bit odd since I say I get most of my worrying from her - she seemed to always tell you how worried she was - hmm. - I am sure she was praying about that too - because I pray about my worrying often).

I spent most of my days hanging out with my Meme. I spent many an evening with her SAGE (Seasoned Adults Gaining Enrichment) friends. There I learned the benefit of spending time with the “Seasoned Adults” in your church. You can learn a lot about life over a game of Bingo. Come On! (please remind me to write about the phrase “come on!” if I haven’t already, I haven’t right?) These are days that I would not trade for anything. I learned about friendship spending time with Meme and her BFF, Fran (I’ve written about Fran here). 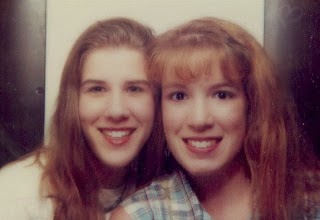 My best friend, Sara, and I met when I was nine. We got three good years together before I moved to South Texas. We kept in touch through letter (oh those were the days of mail, not texts) and then when I came back our friendship flourished. It was a good thing (stay tuned though, things don’t always turn out as great as they start).

I was attending church every Sunday, sitting right next to my Meme. I felt all kinds of uncomfortable attending youth group because I felt so behind in my bible knowledge (like Moses in the basket is the only story I knew - my Aunt Mary bought my a bible story book one year when I was young).

I feel like I am just rambling on with only one real point - things were really good.

Also, during this summer, Meme taught my a skill that would be so rewarding for many years to come. I learned to sew. Picked out fabric, pinned and sewed patterns. I was able to (with her help) sew dresses for myself. If you know me today, you know that skill (even though I haven’t really used it in the past year) has paid off big time. 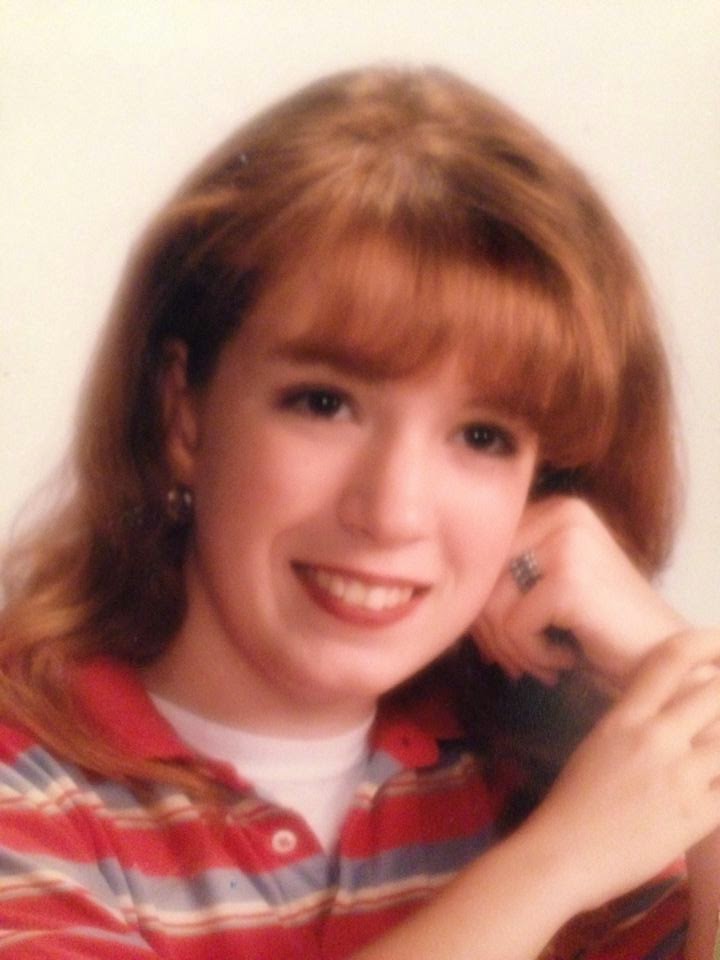 Another great point was that I was able to enroll in school (thank goodness I skipped those GED classes) and was able to graduate on time. You see before my demise I was a very bright student, I was so ahead in my credit that I could have graduated a year earlier, but I say “instead I took about a year off from school.” I did have to take one English class through Texas Tech, but other than that I was able enroll and finish my Senior Year on time (class of 1996). 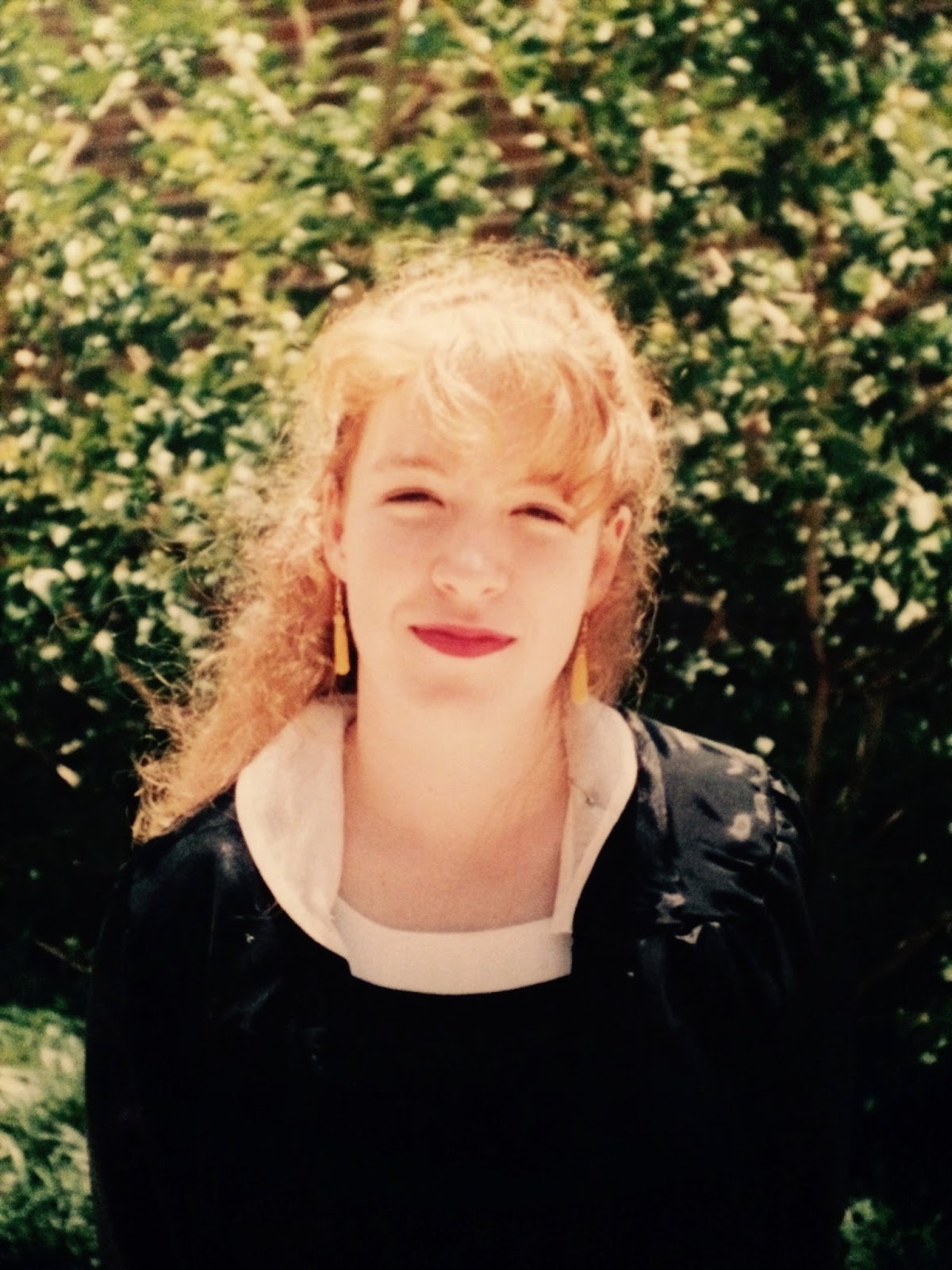 Going to a new school for just my senior year was interesting. I knew absolutely no one (take that back - I knew two people that I went to junior high with before I moved, but most people I knew before were at another school). Hindsight being what it is, I should have applied for a transfer and spent my senior year with people I knew. I guess that I was kind of blessed since this wasn’t my first time at a new school, though I wish I was better at making friend then, it wasn’t too bad.

If you are keeping up with my stories, during my senior year in high school I met my first husband. I think he was the only strong friendship I made that year in school. Outside of school I had a great core of friends. It was good, it was healthy - it was more than I ever thought I would have. I real childhood again. I was a teenager, again. I had some serious restoration with God.

That being said, I still was not “perfect”. There was still some things I was doing that my Meme would not approve of. Oh you know, premarital things and some underage drinking, but nothing compared to my previous life - nothing at all compared to what I had been through. 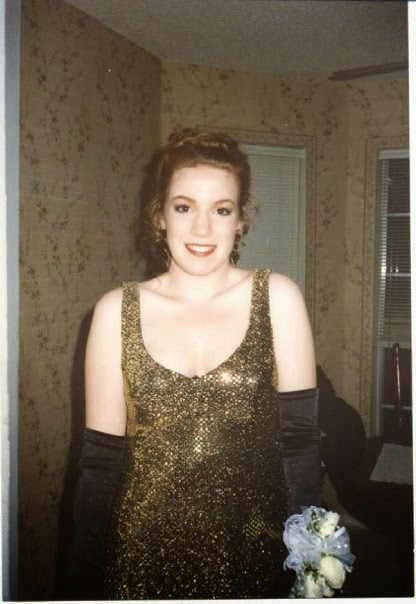 Even though things were good, I think during my late teens is when I struggled the most with fitting in (well maybe not the most, but it’s really a big part of what I remember about myself then). I was always wishing I was thinner, prettier, had better hair. During the summer with my Meme I learned that I could take laxatives that could help me lose weight - I am so glad it didn’t last long because it was so unhealthy. (And let me just say that my Meme did not teach me this - it was something I picked up from watching something on TV. It’s super unhealthy and has physical side affects that still plague me - so don’t do it!)  Also, during my senior year I became addicted to an over the counter caffeine/speed pill called No-dooz (you know back in the day when they had a horrible ingredient in them similar to meth - lovely, huh?).  In turn, I look back at pictures of myself and think “why in the world did I have a problem. I was thin and I as very cute - oh the things we do to ourselves.

I needed this time. I needed to heal. I am so grateful for the relationship that I formed with my grandmother and even more thankful with the restored relationship I had with God.
Posted by Dana Rae at 9:14 PM