Morgan is Two...well she has been for almost a Month!

As I was dumping Easter pictures off of my camera yesterday I realized I have never posted about Morgan's birthday.

We decided that since Morgan didn't have many friends her age that we would have a family gathering instead of a full out birthday party. My parents were traveling out and Matt's parents were coming back from Kenya, so in the end we celebrated Morgan's birthday three times.

This year I decided to try birthday cake pancakes! 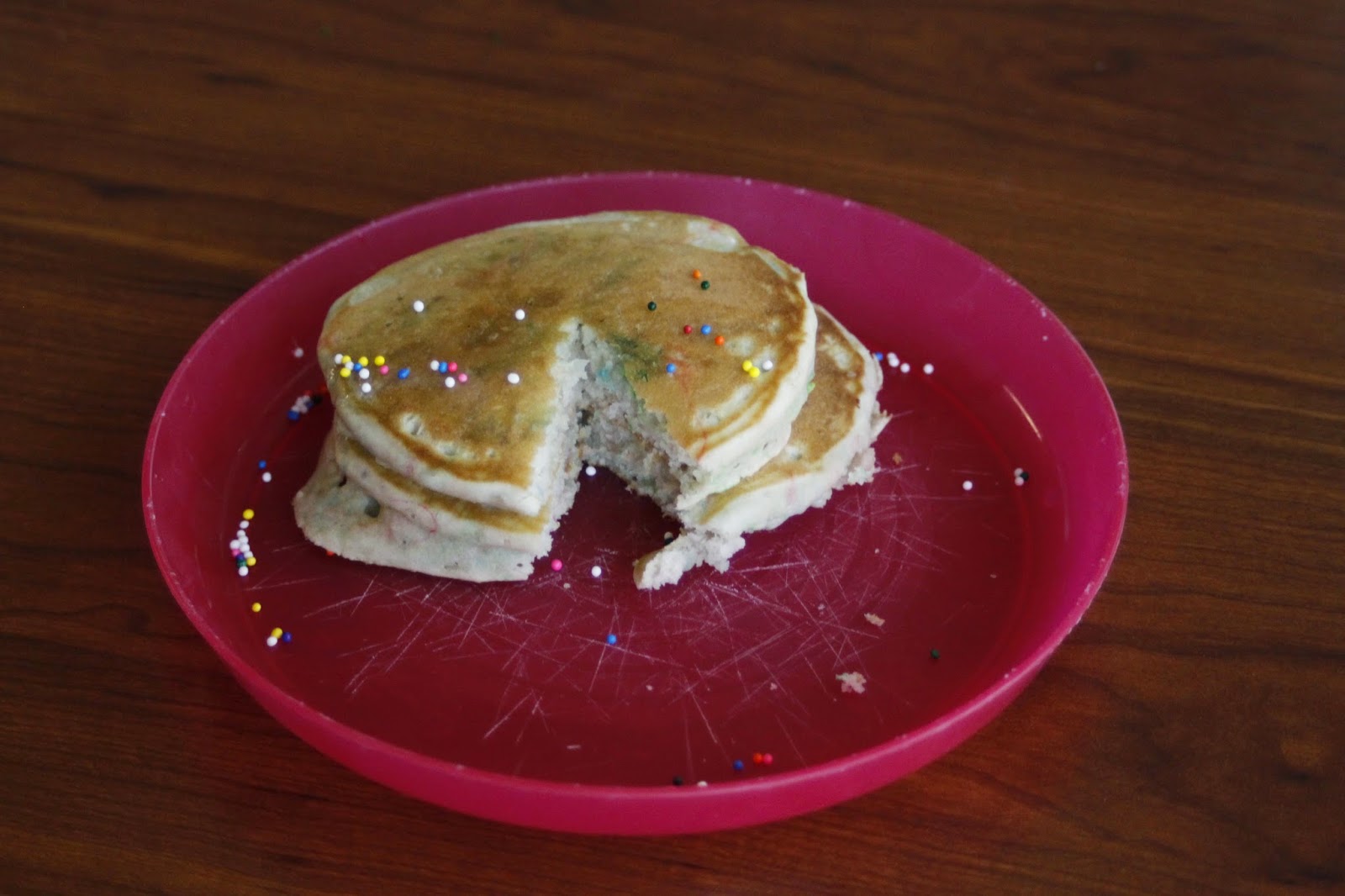 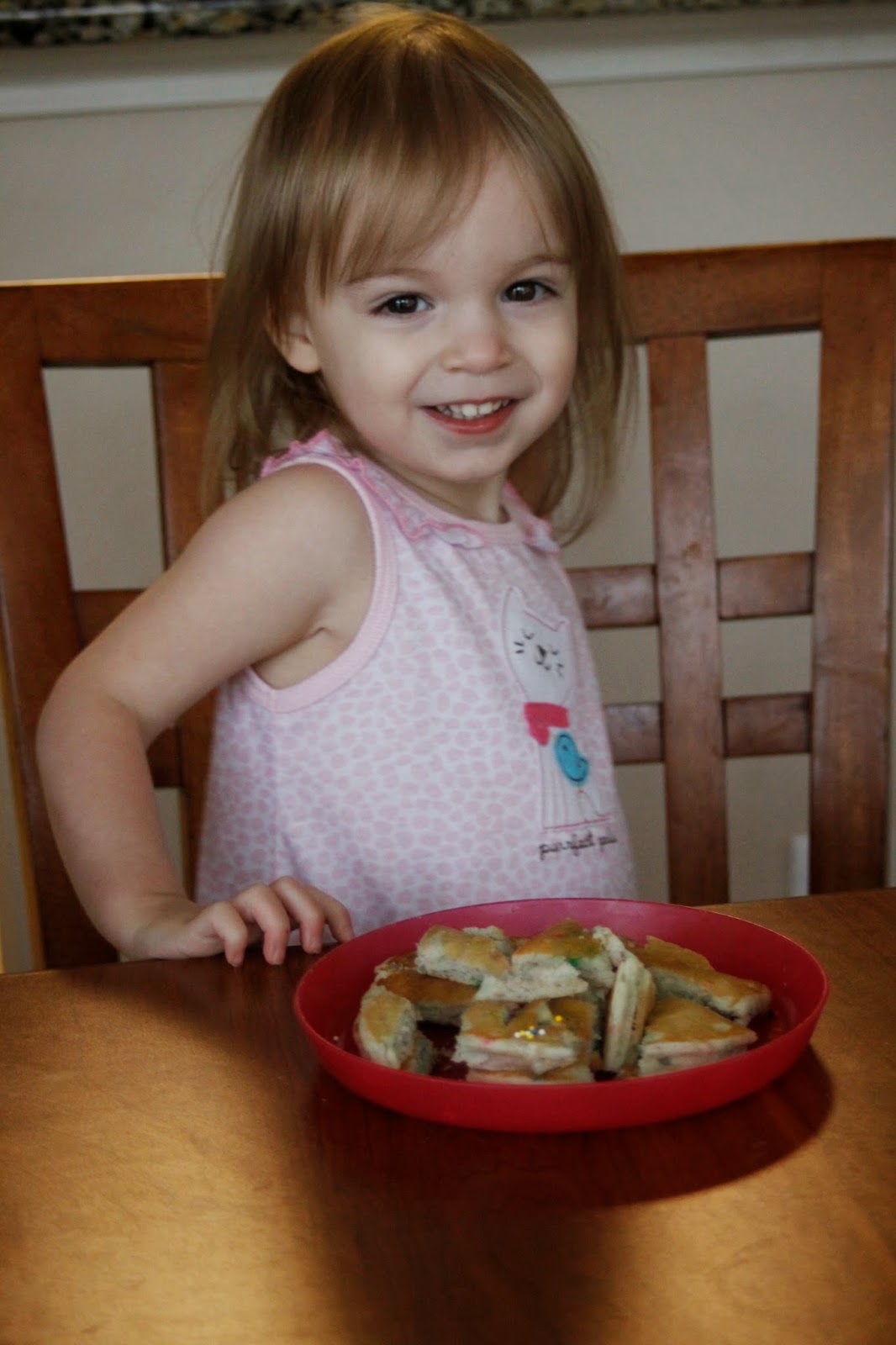 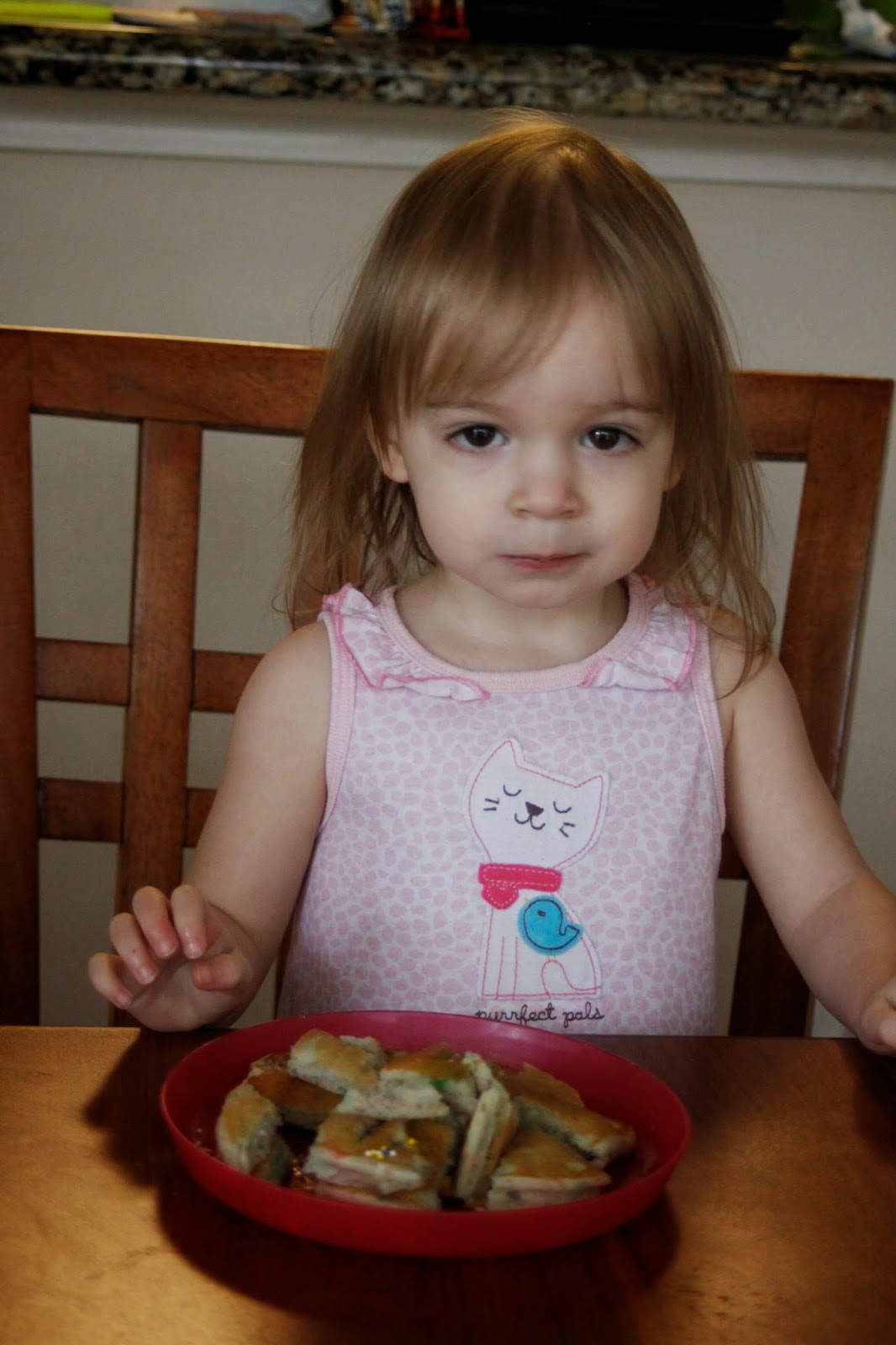 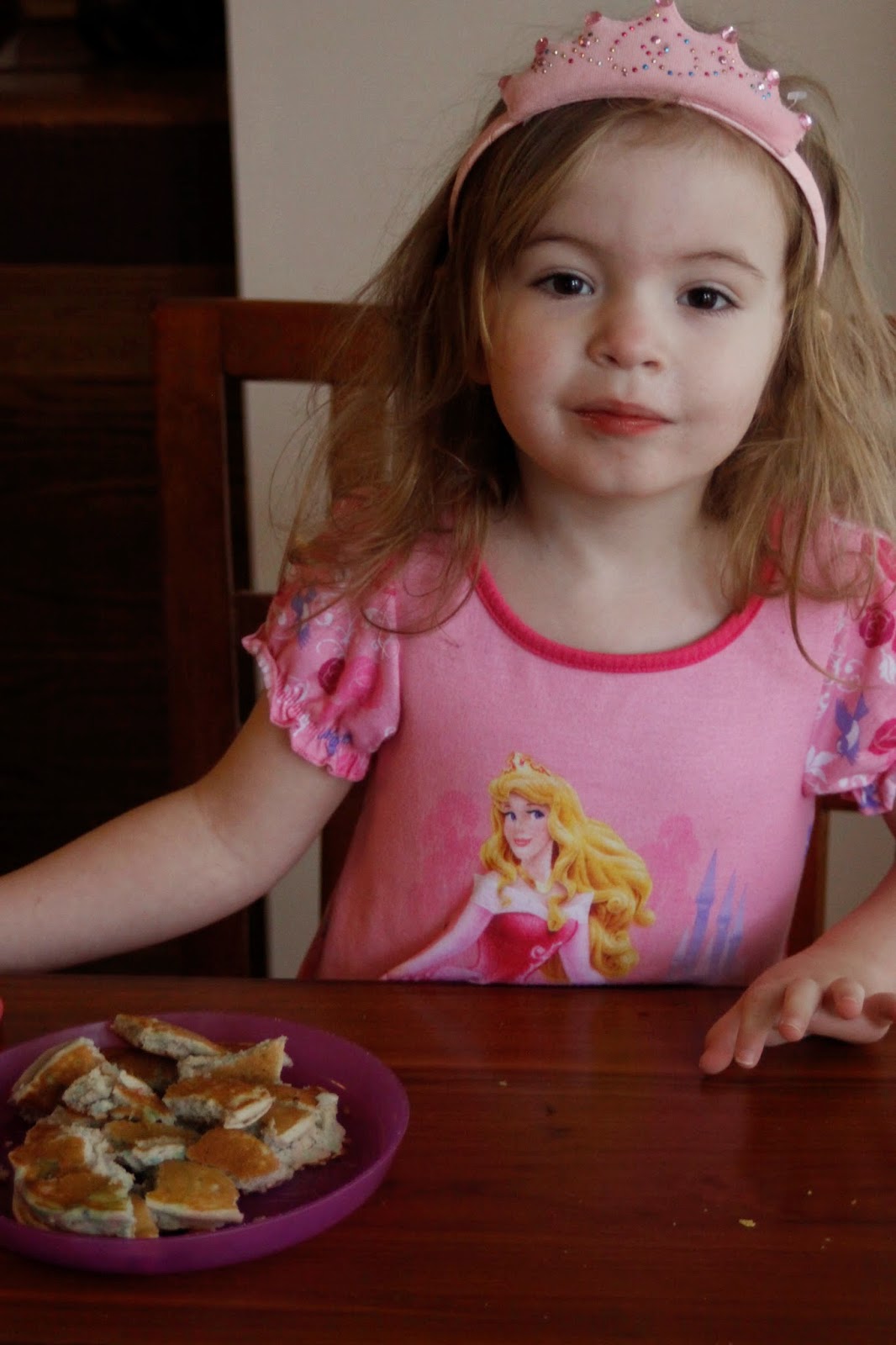 The pancakes were a hit!

Later when Matt came home from work we had spaghetti (Morgan's favorite) and cupcakes. And I just notice she was still wearing her nightgown (HA!) 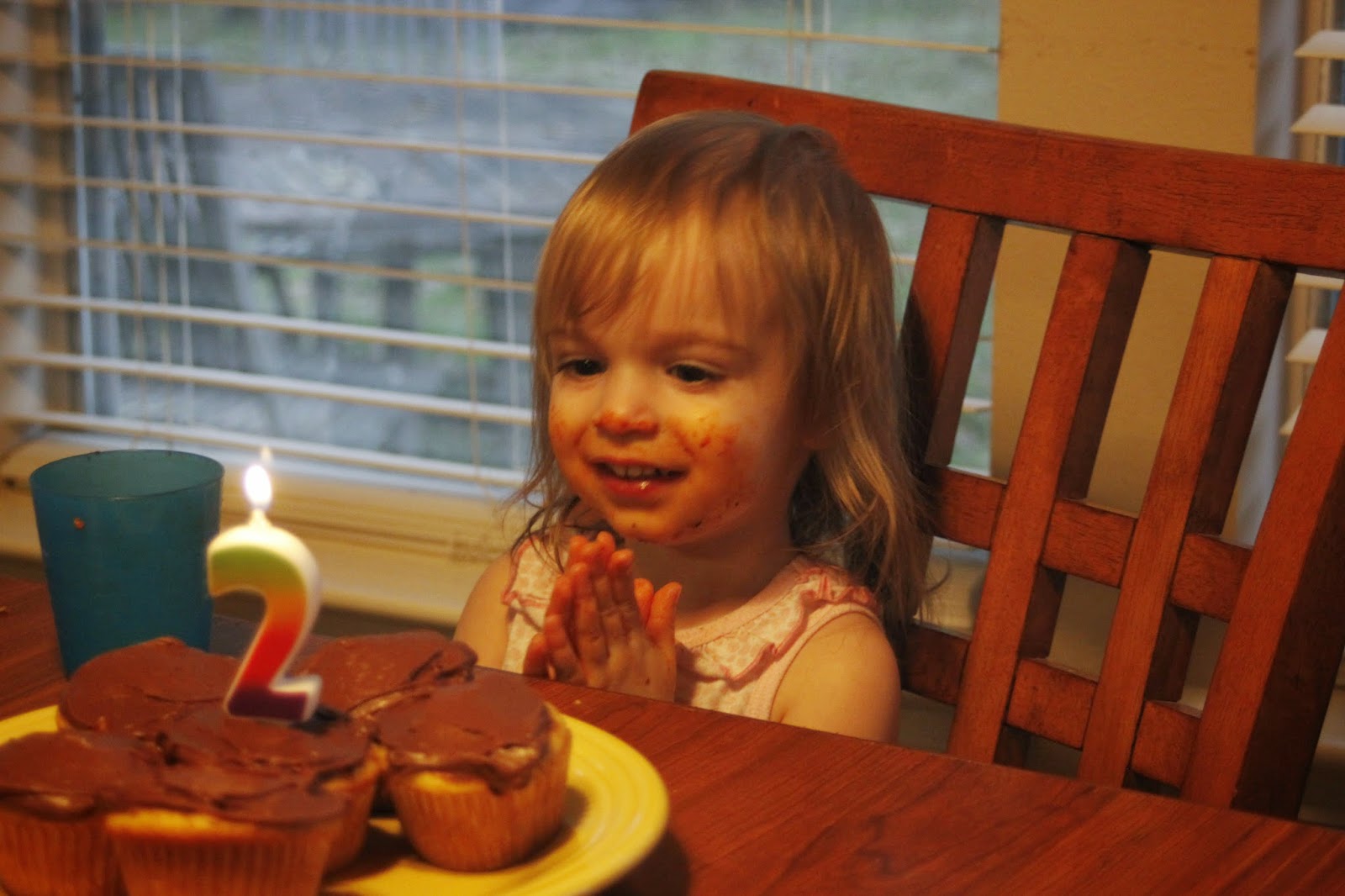 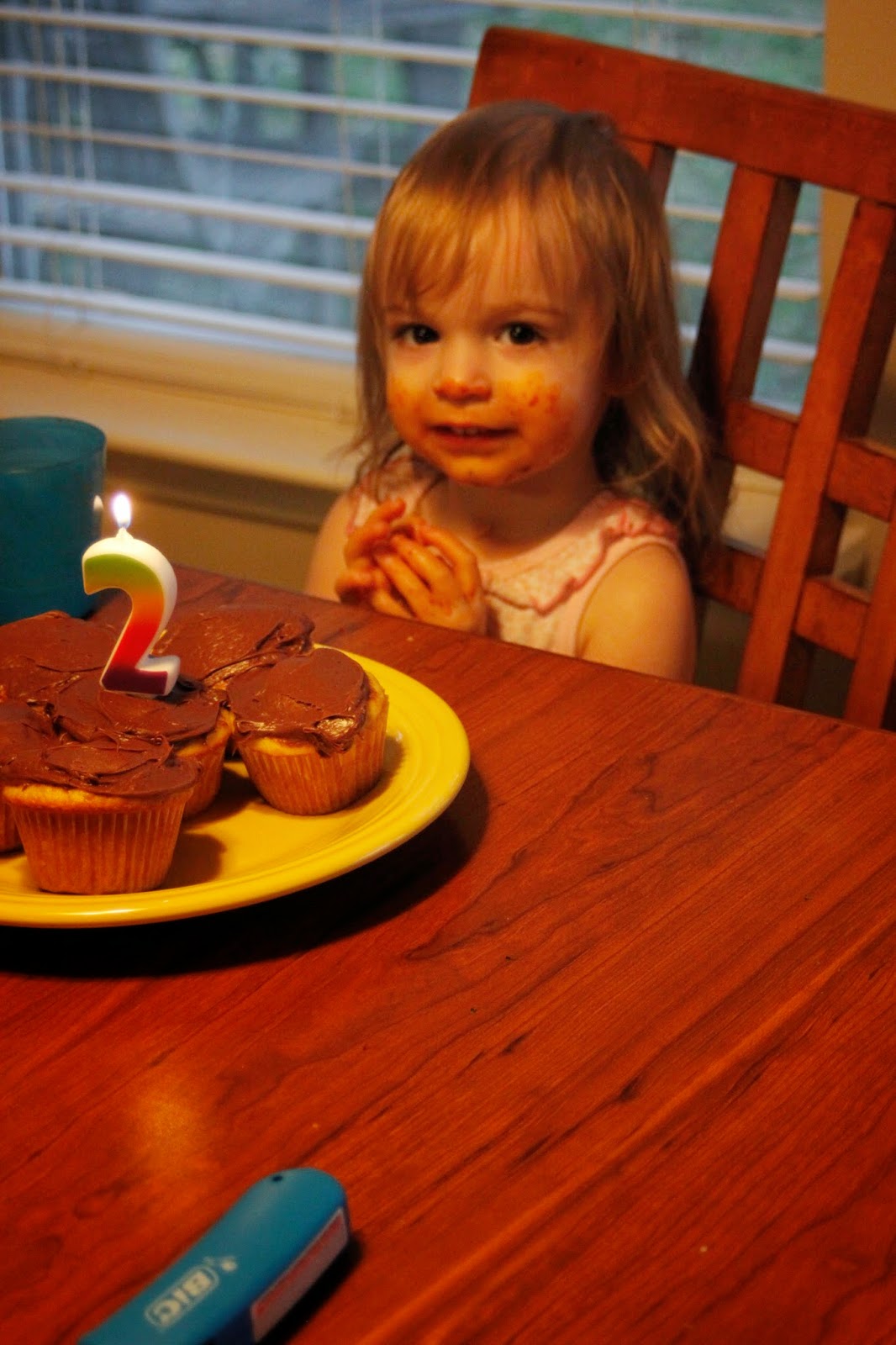 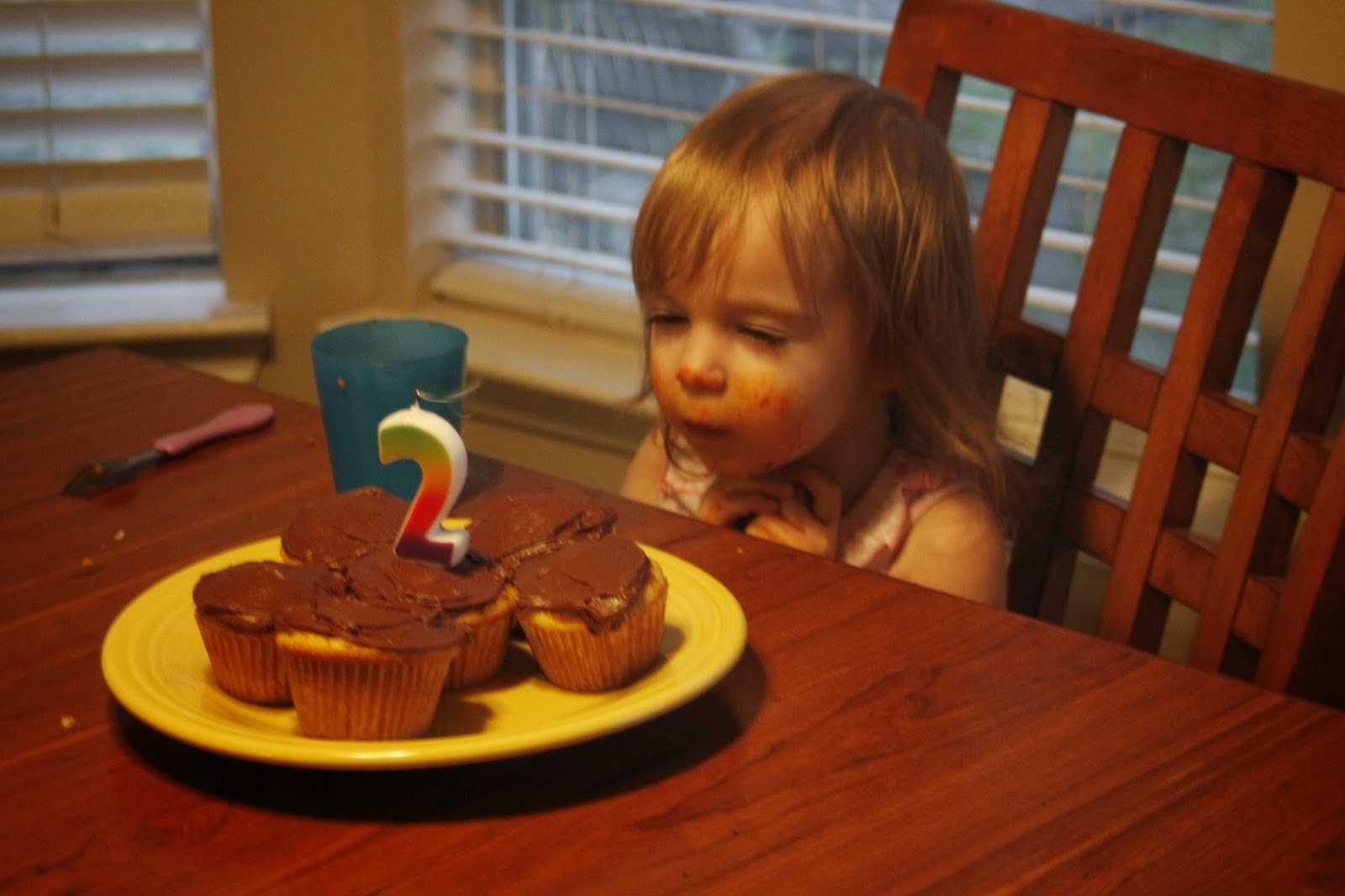 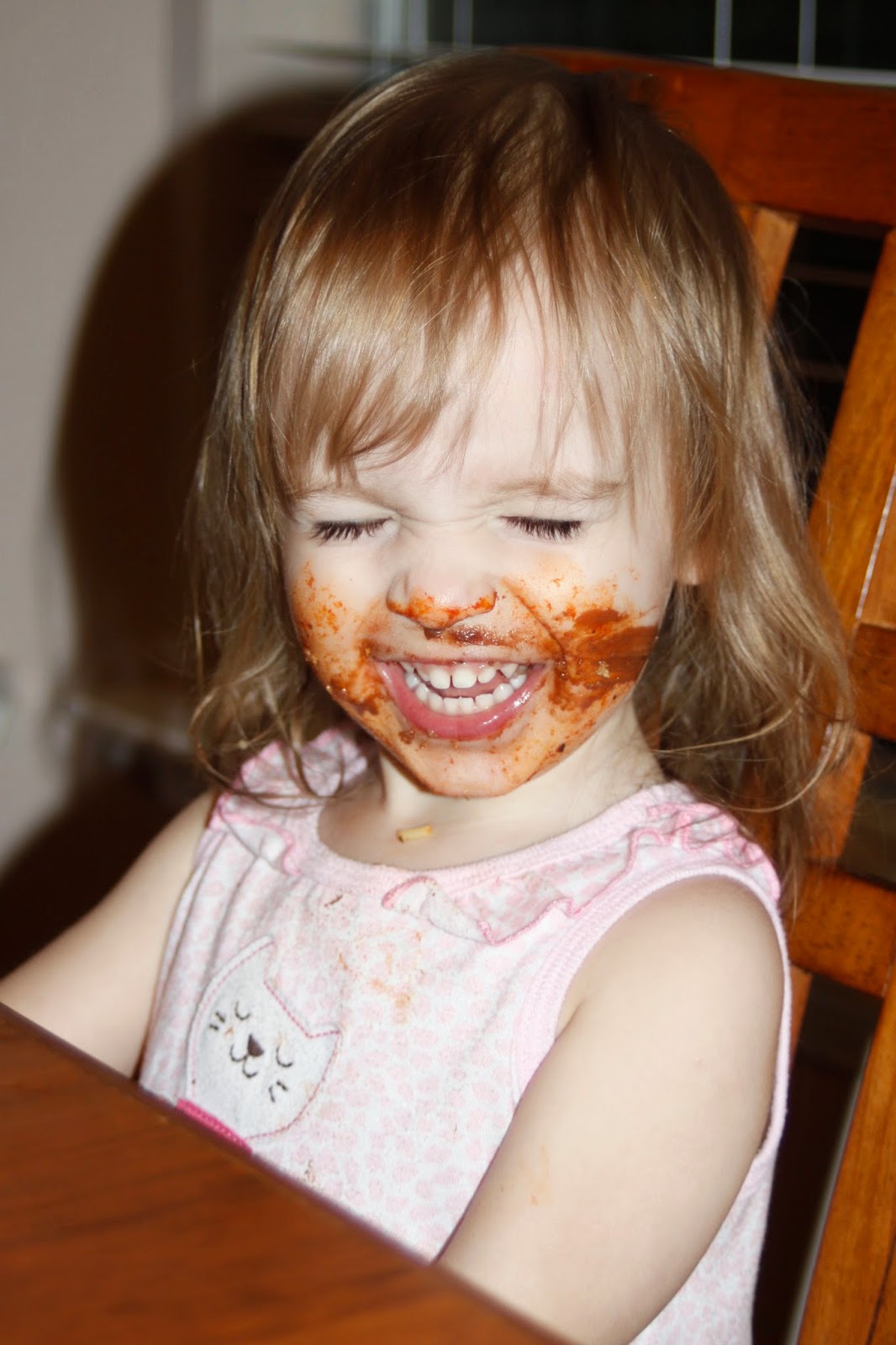 Then, on Saturday we had Barbecue and a cookie cake with my parents. 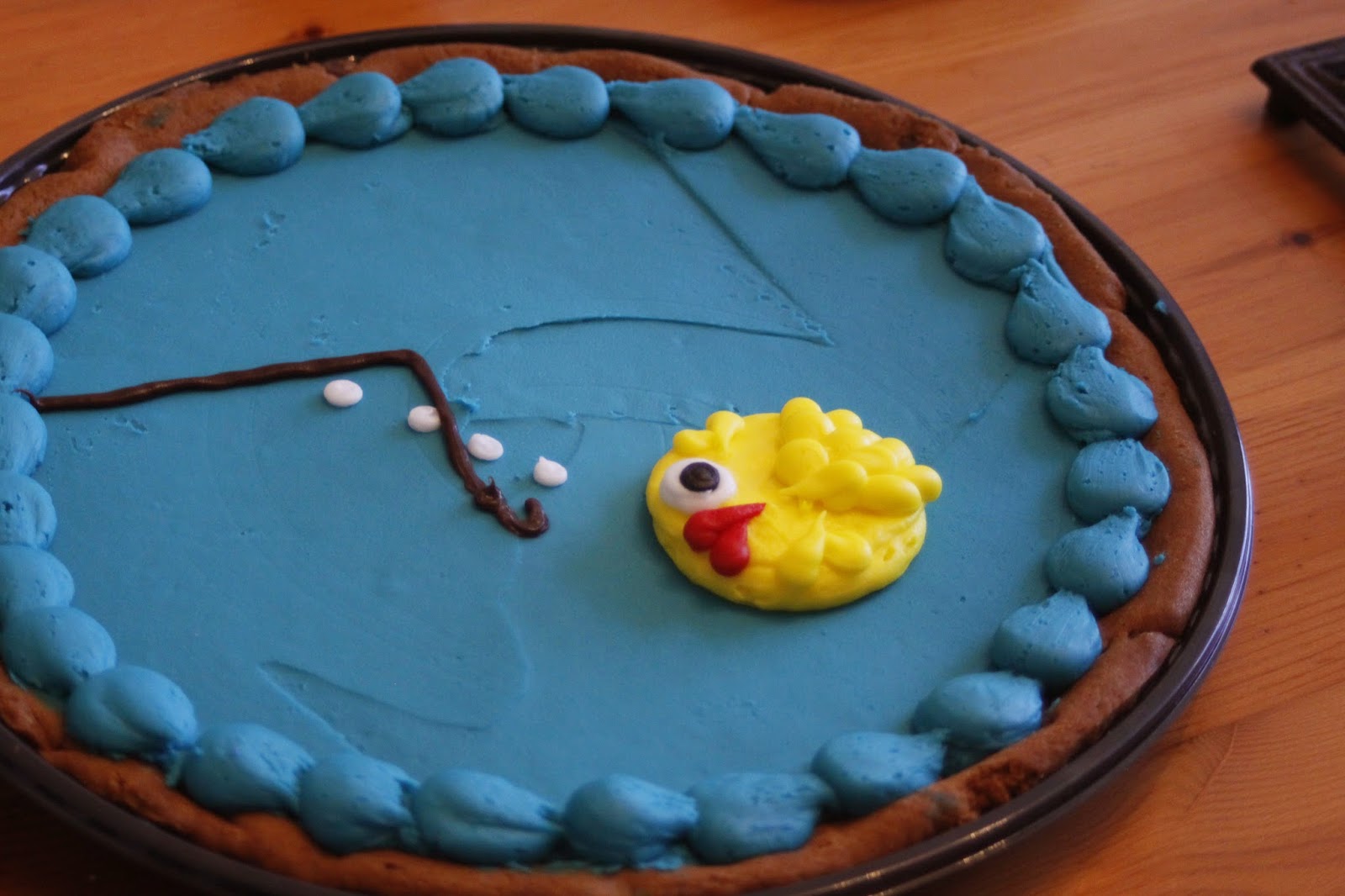 This is when we realized that Morgan really doesn't like to be the center of attention. Looks at these looks I got when we all sang Happy Birthday! 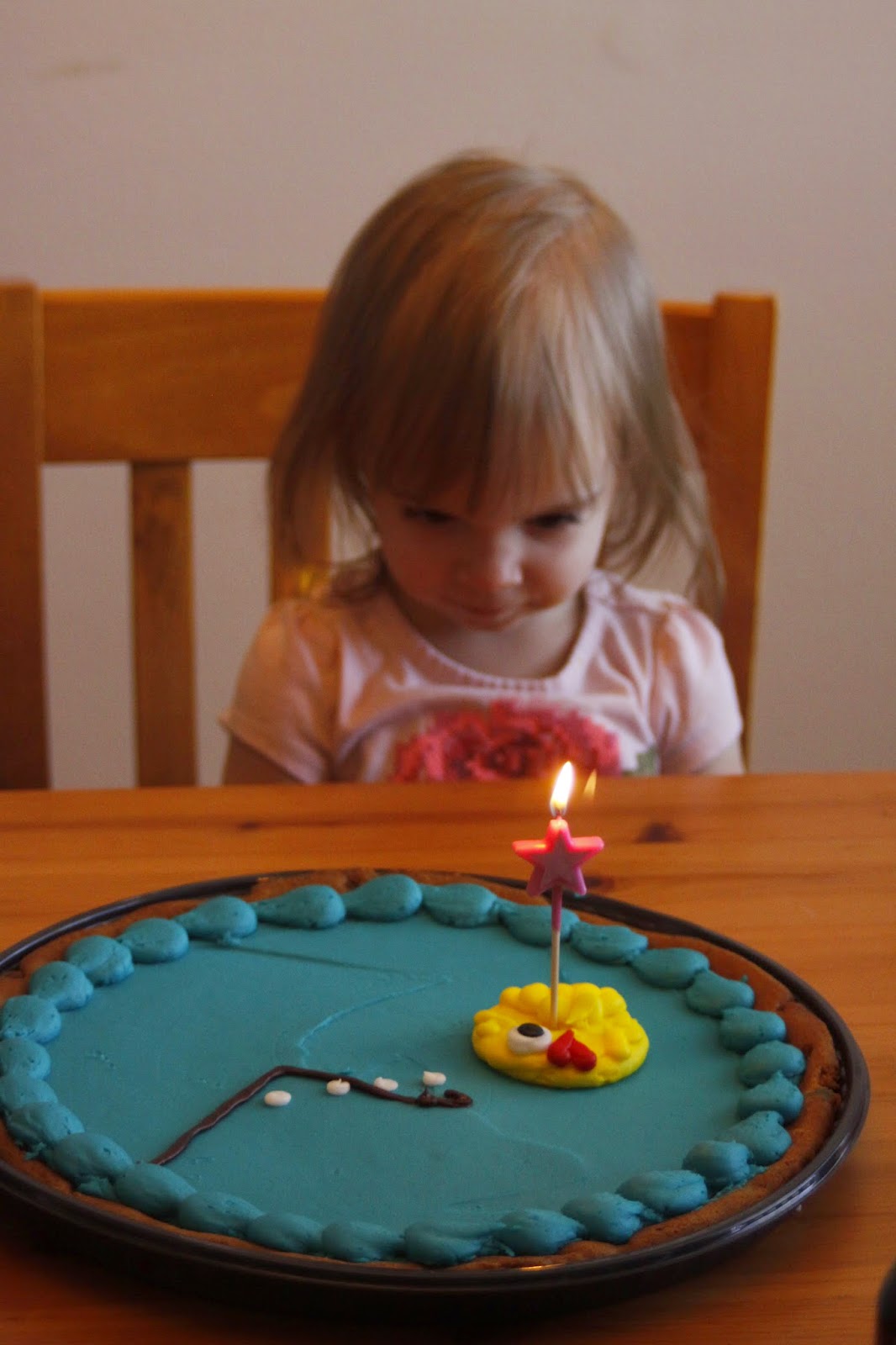 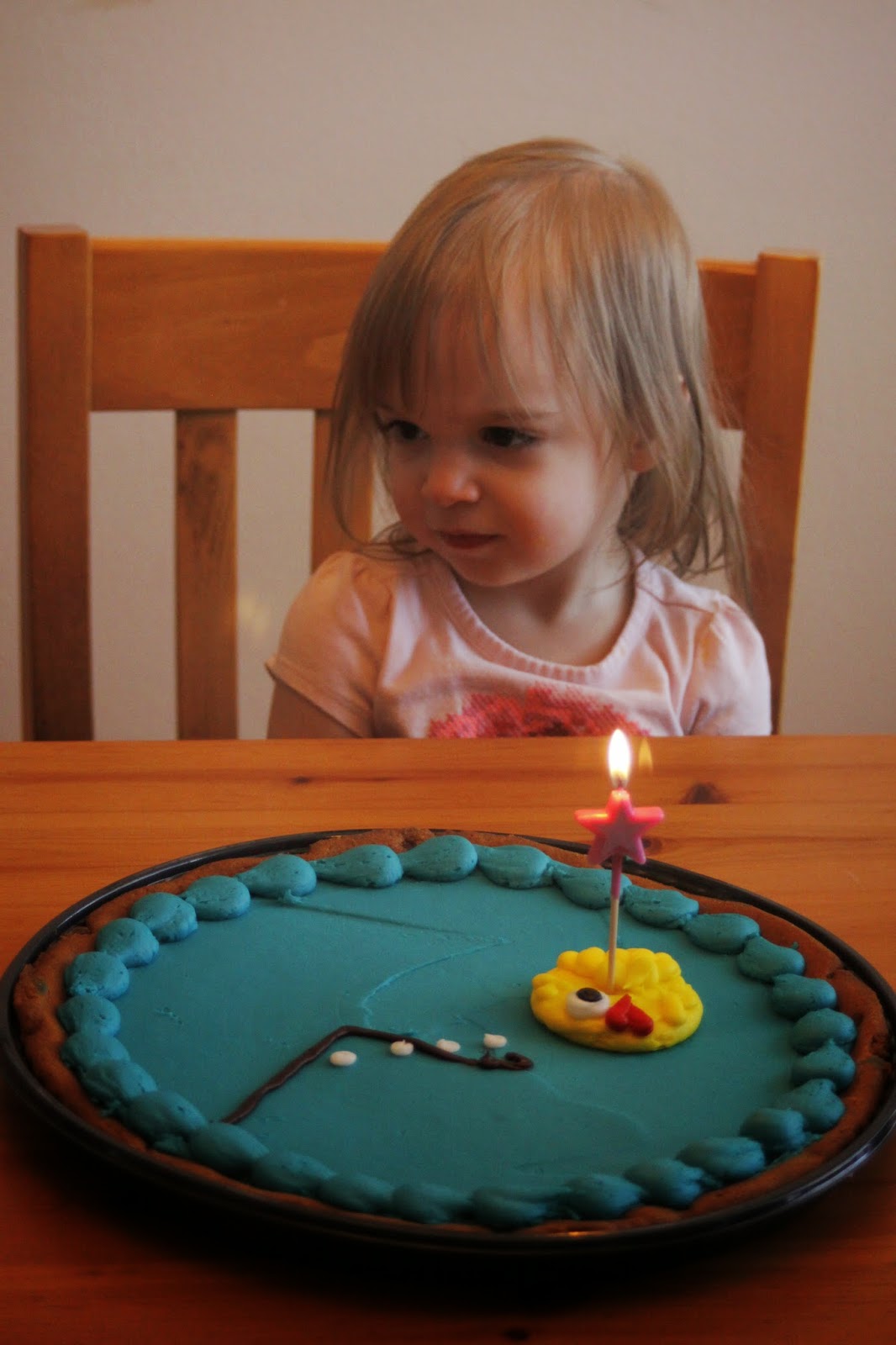 She has become a pro at blowing out the candle! 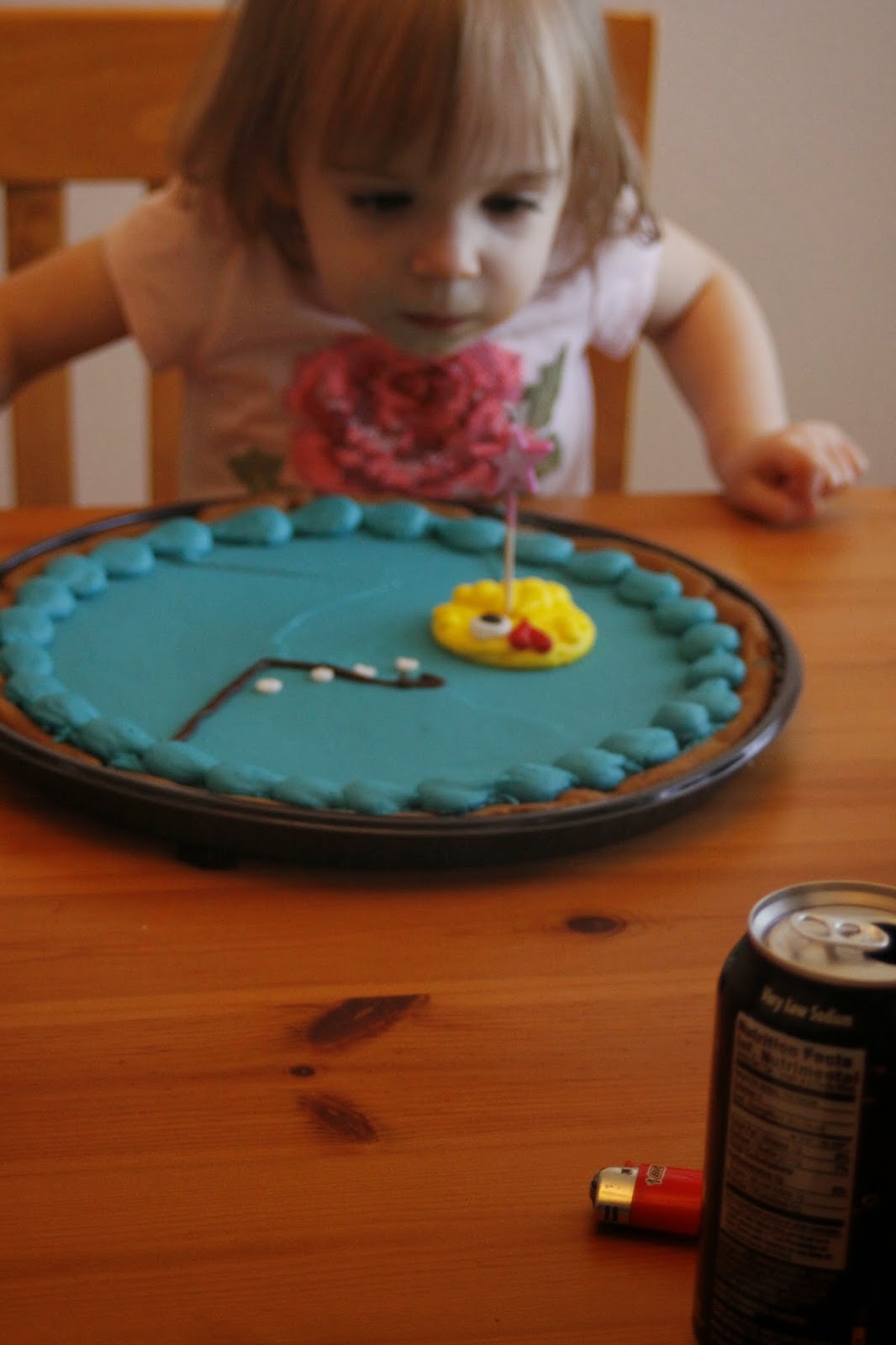 The next day we re-used the same cookie cake (I know poor third child) and celebrated after lunch with Matt's parents. 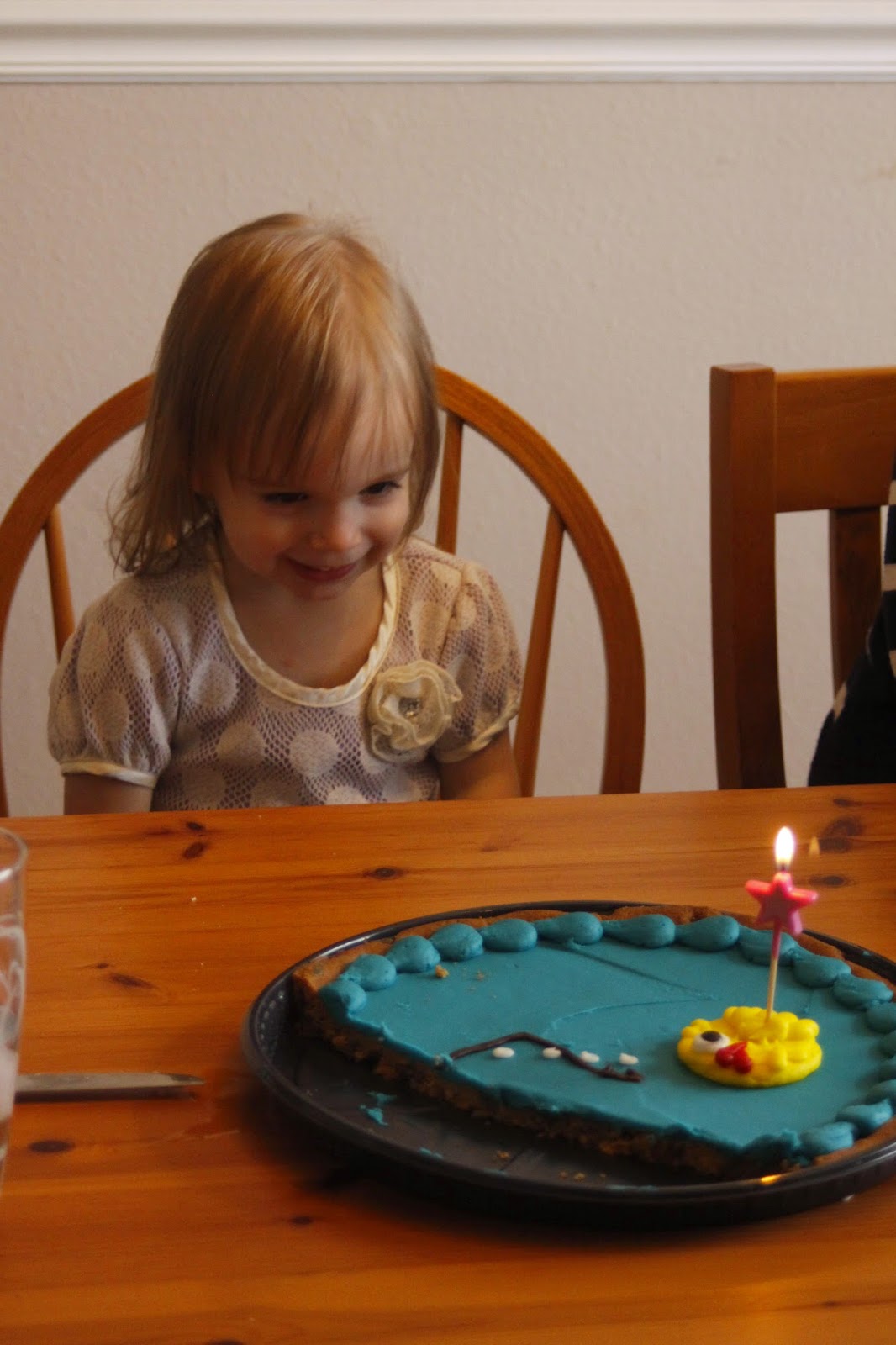 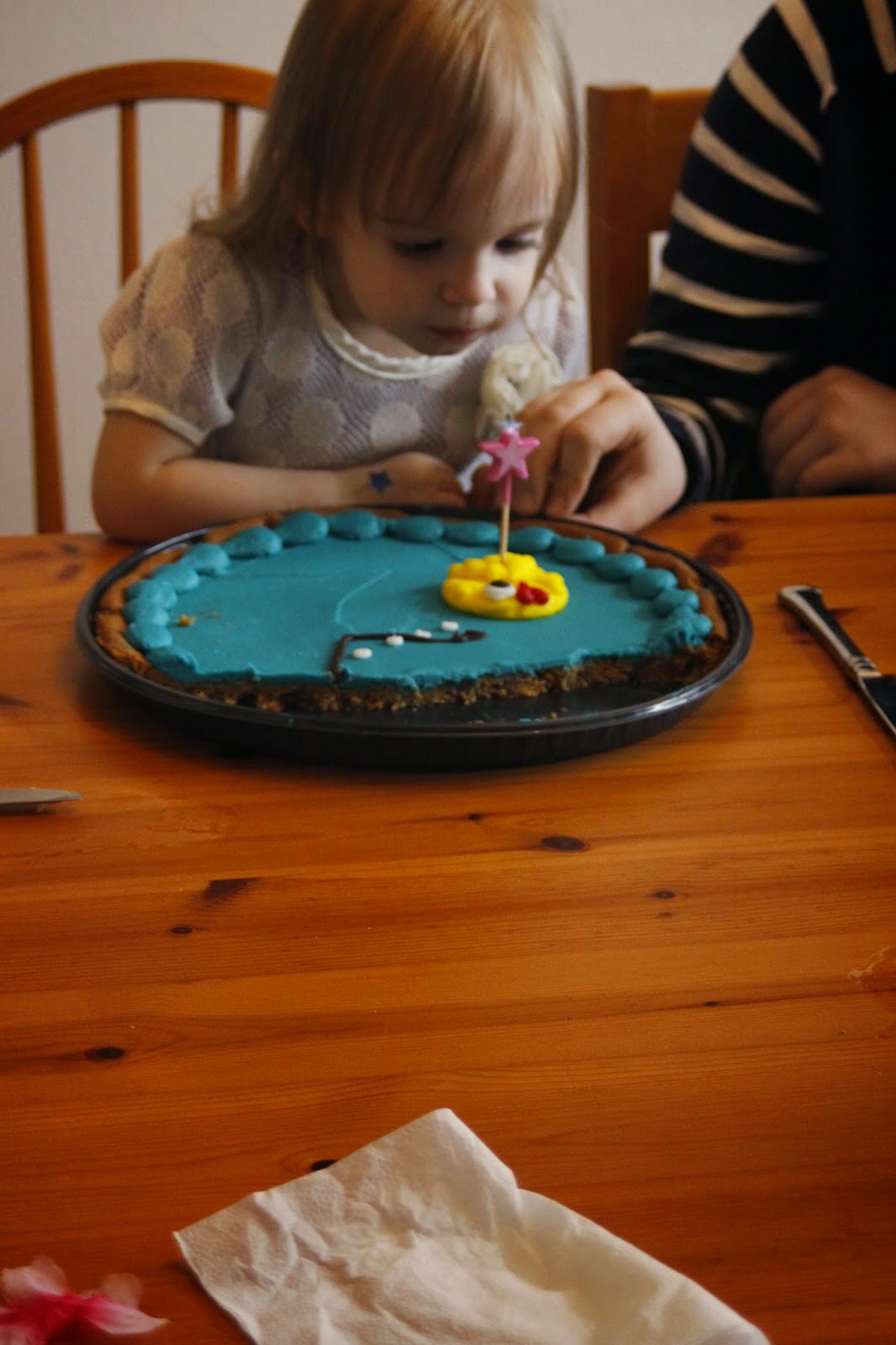 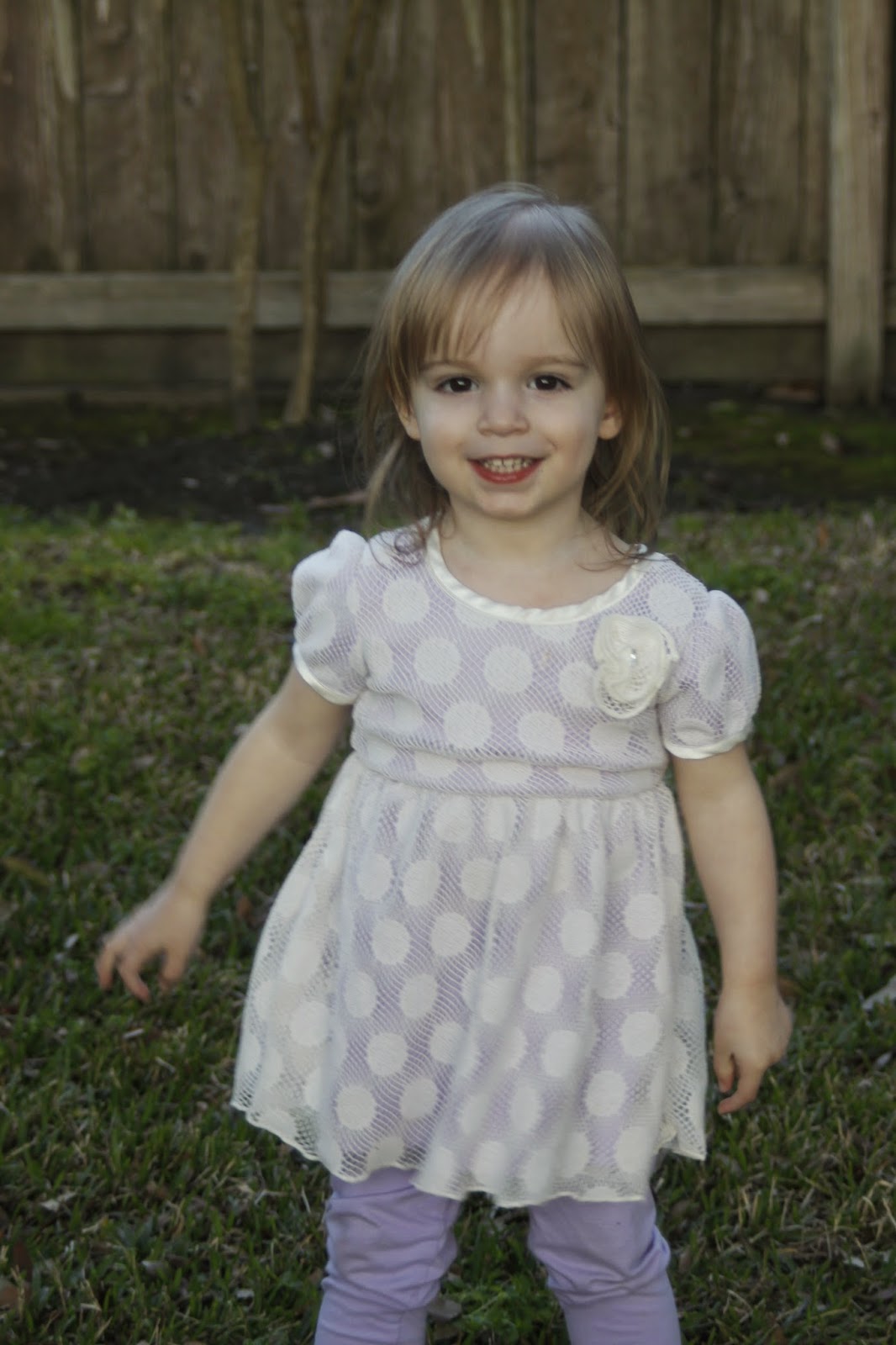 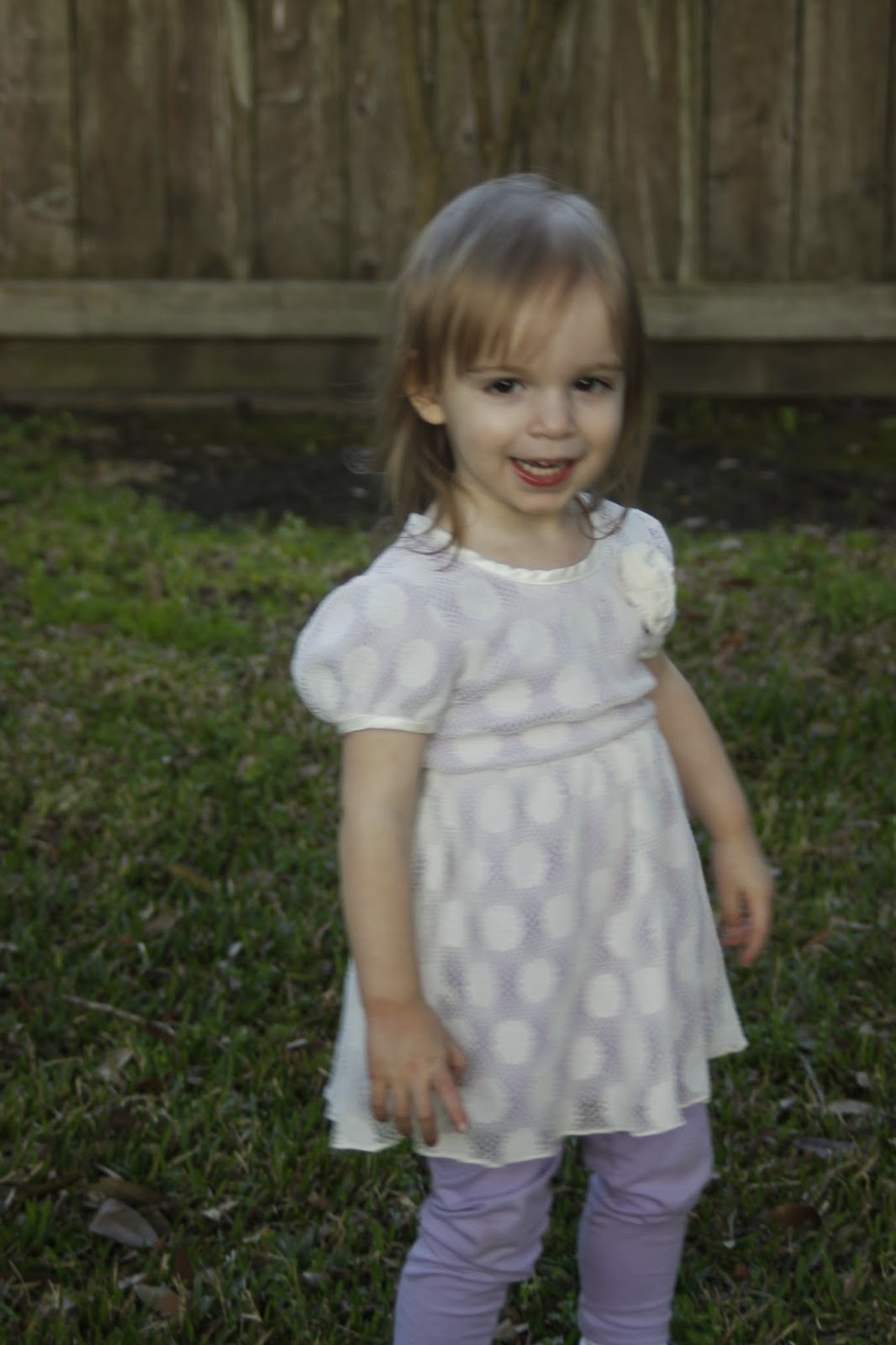