Make a Joyful Noise to the Lord

Yesterday was our Children's Christmas Program at church and let me tell you Bekah performed her little heart out!

First off, I stayed up way too late Saturday night sewing these dresses. They have some major flaws, but no one seemed to notice. 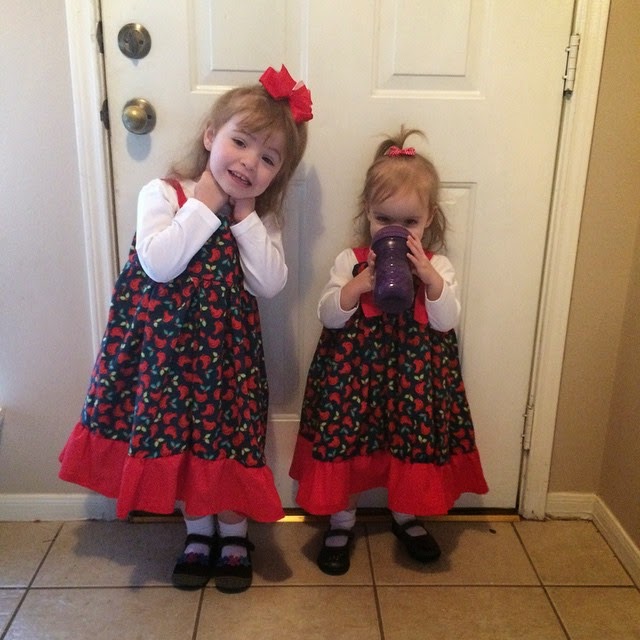 We were a late add in the program, so we only had a week to learn the songs. That didn't stop Bekah, she lip-synced her way through most of the production. 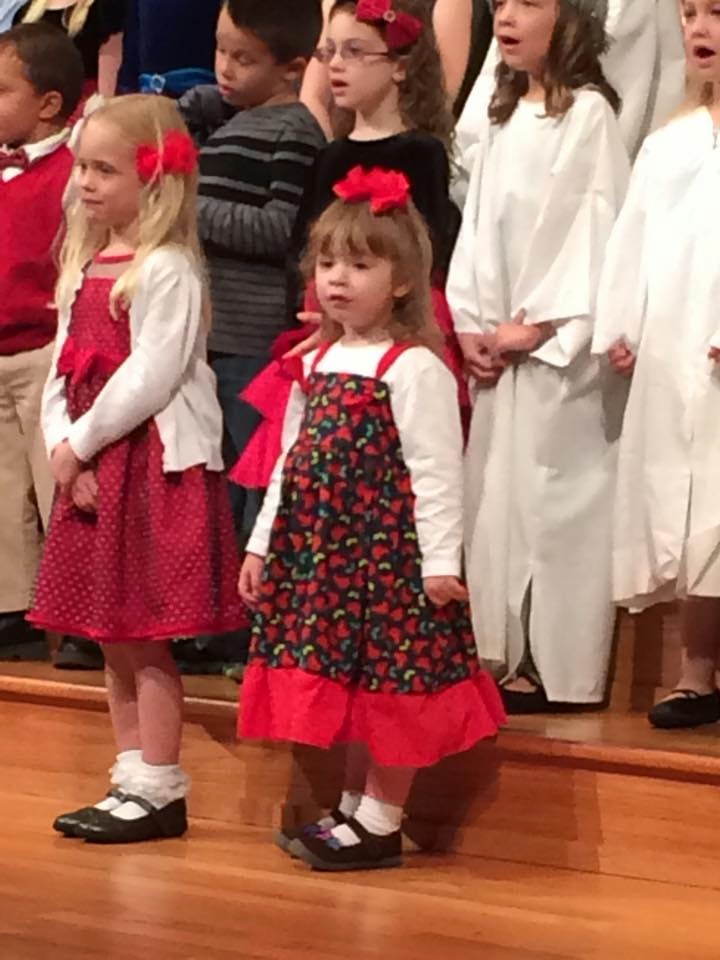 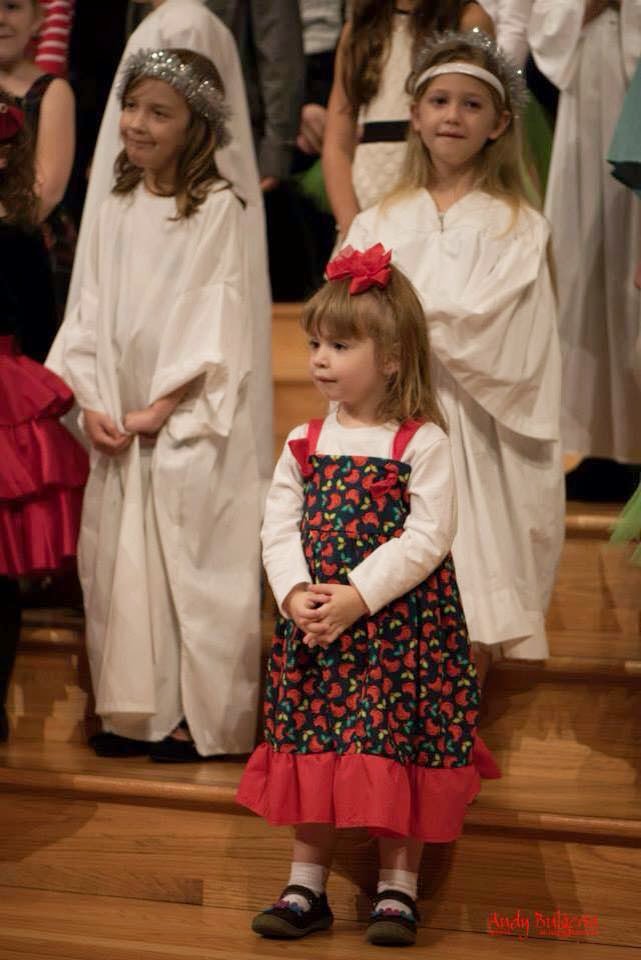 I believe she was the youngest (or one of the youngest), so she was put on the front row. This was an open invitation for her to step forward which makes her appear like she was singing a solo. 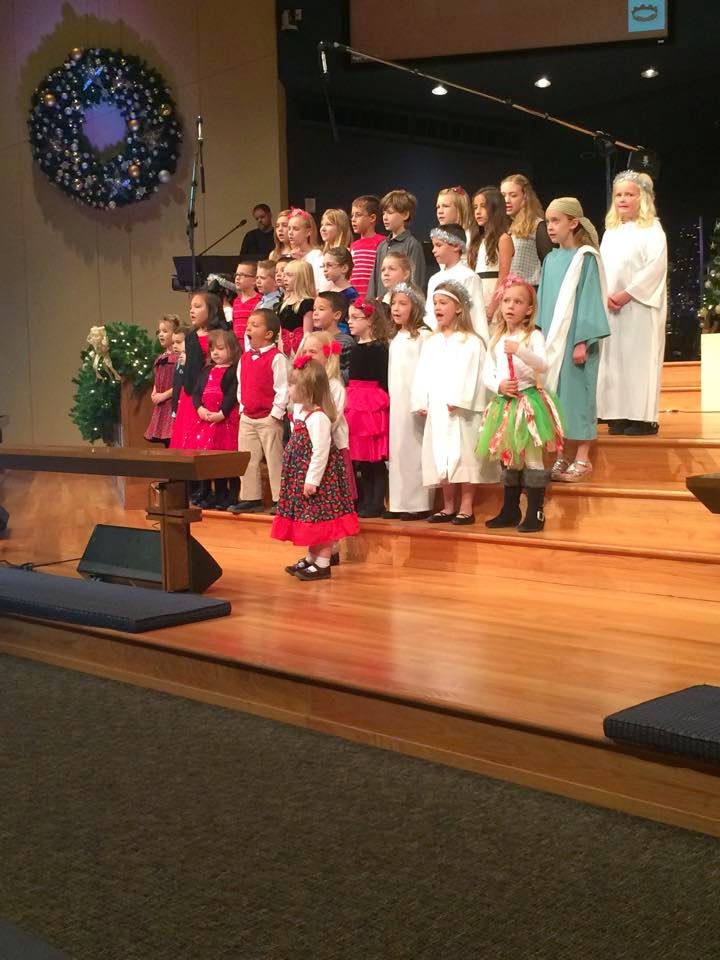 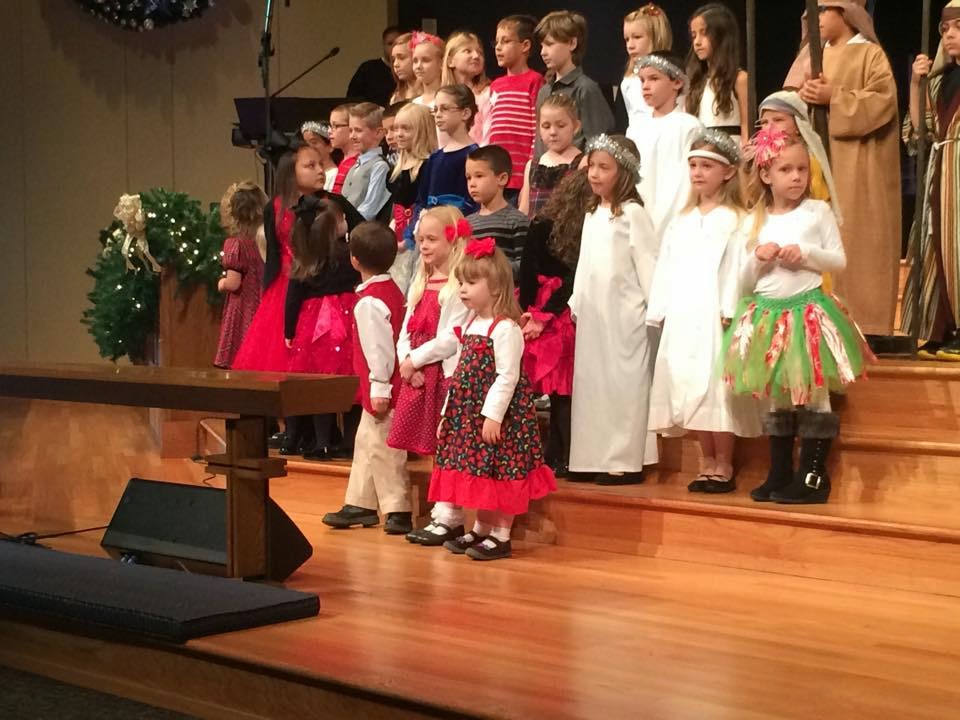 Along with her solo, she was moved to add in some serious hand raising! 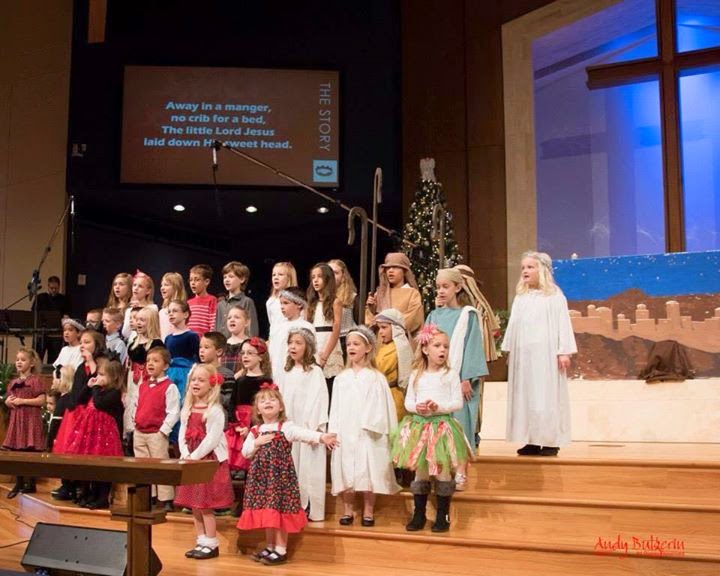 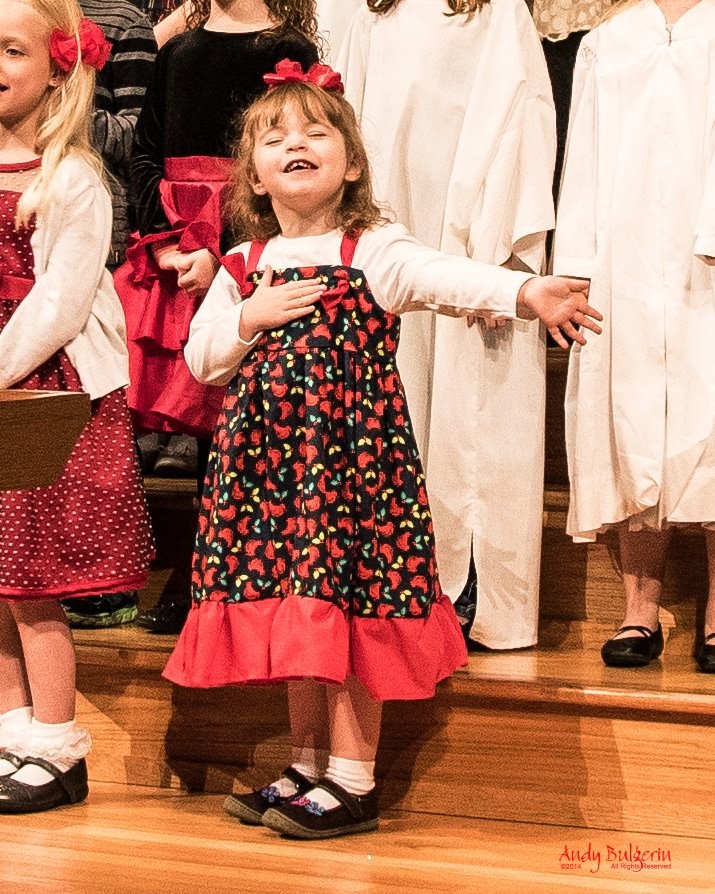 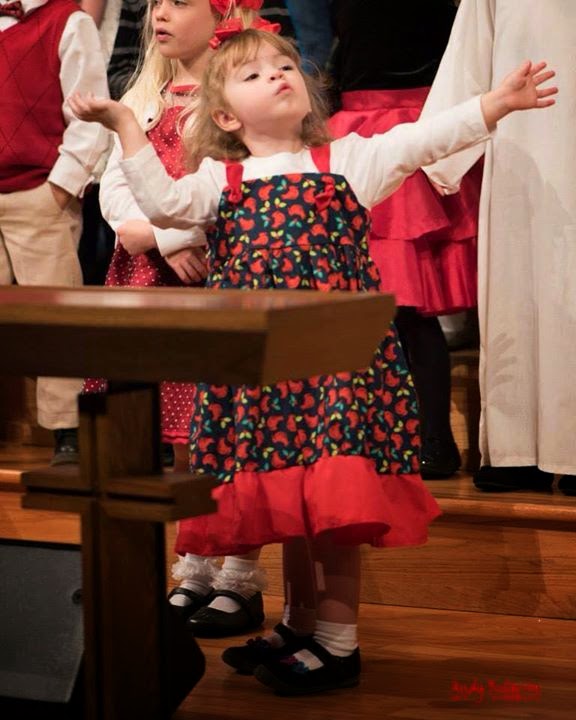 The girl was getting into the music! Then she had to march, which became more of a dance then a march, but as you can see it took serious concentration. 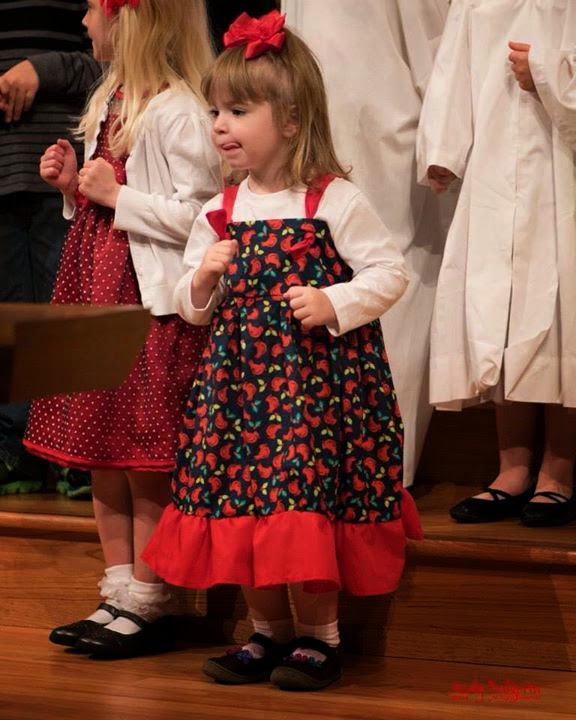 And the benefit of having a grandad who is the pastor, you alway know where to wave. 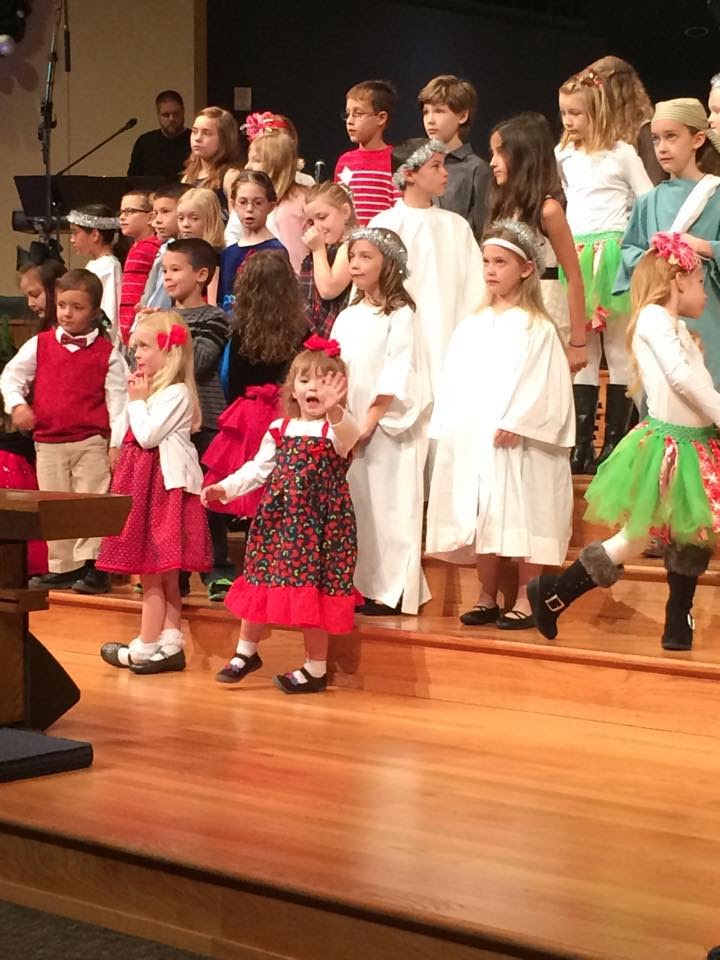 Bekah wasn't the only one who performed on Sunday. Yep, I forced persuaded Shelby to be a participant as well! 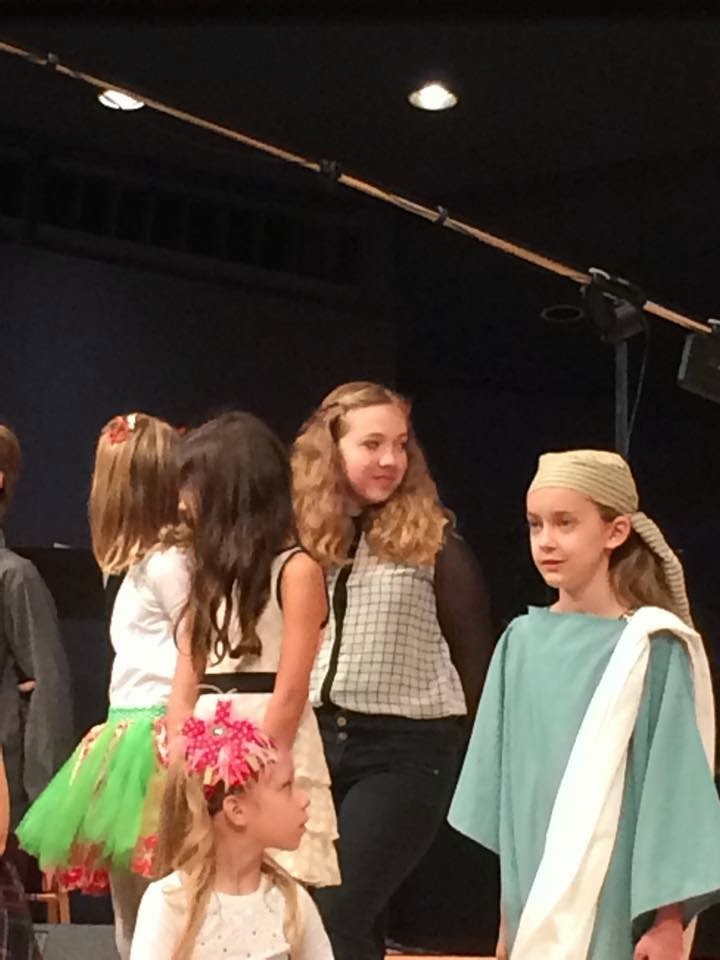 The whole thing was so stinking adorable...I may have cried just a bit. 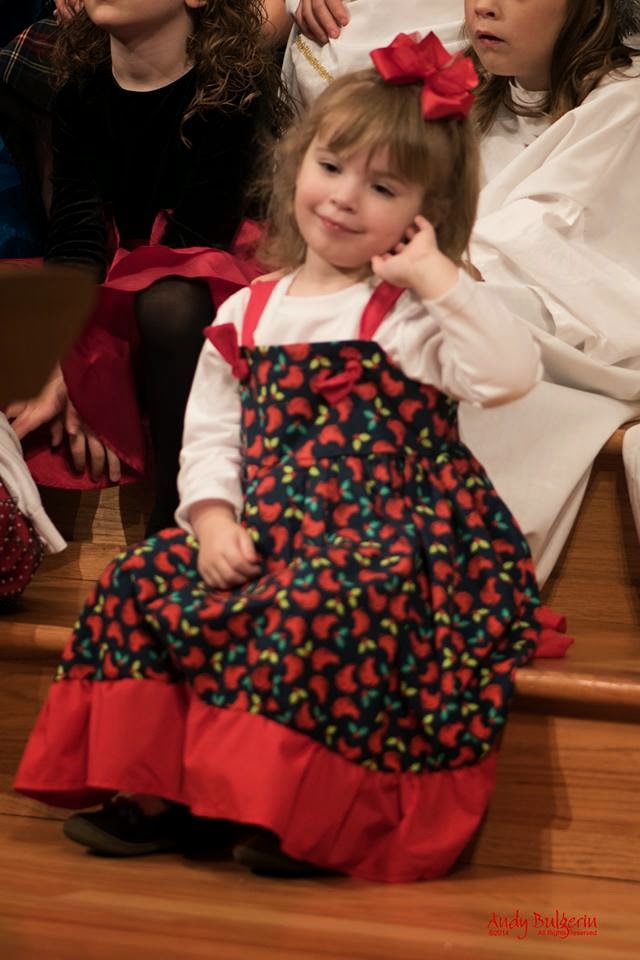 Big thank you to my friend Andy for capturing most of these pics for me!
Posted by Dana Rae at 9:55 AM