Yay! This week is almost over...it's been long and tiring.

Bekah has a yucky daycare cold and last night we were up at 3 am trying to get her to drink a bottle with a stuffy nose. I decided to sleep with her and she was pleased as punch we she woke up and realized mommy had a sleep over in her room. Now she is passed out again - just sick sick. 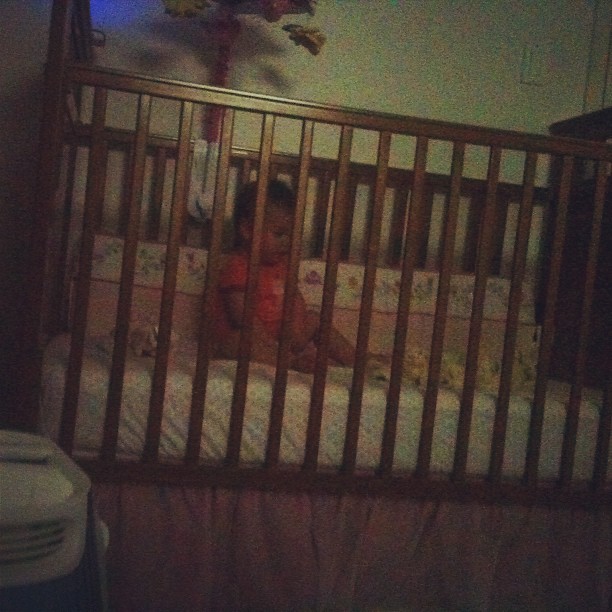 Yesterday, I decided to treat myself to a cinnamon crunch bagel from Panera for breakfast. If you haven't had one I strongly recommend picking one up - just don't look at the calories. 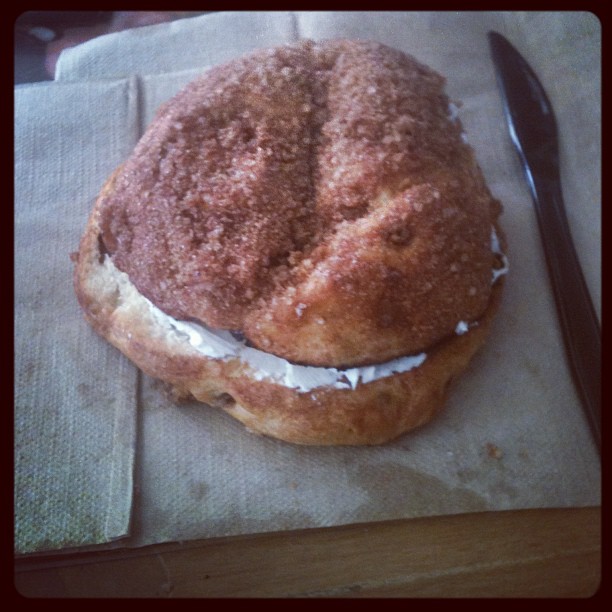 Speaking of calories - the other day JAG said he had a craving for cheese balls or cheese puffs or whatever you call them, so at Sam's he picked up this ginormous container of them. 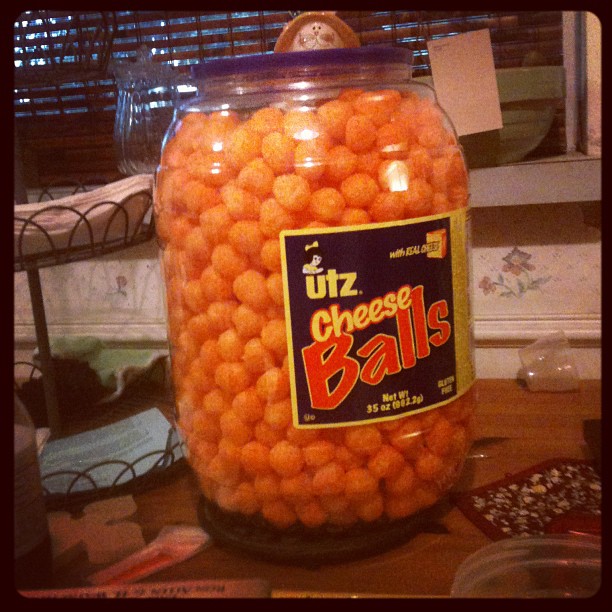 Shelby has been gone all week. She spent the week with my in-laws. Bekah and I only saw her for about a day and half - she is busy busy this summer. 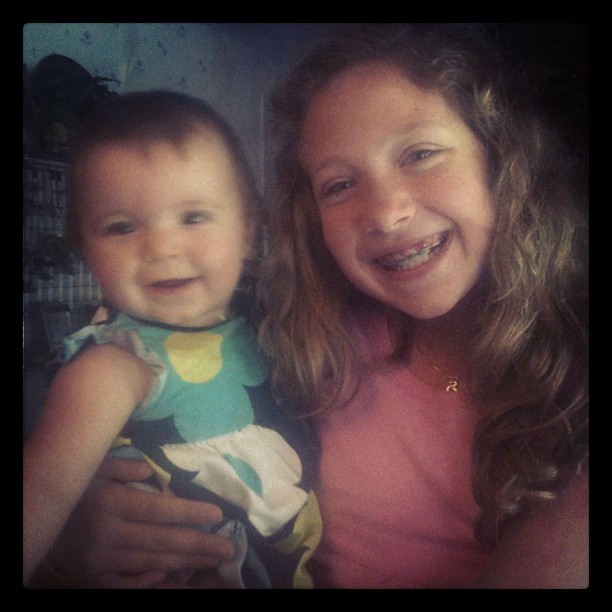 Her Guinea pig, Ginger was also happy to see her for a short period of time. I swear this animal is so cute, but she is such a pain to take care of. During the short period of time I had Shelby I thought it would be a great idea to put some pinterest pinning to work and color block Shelby's fingernails...well...it was my first Pinterest fail. 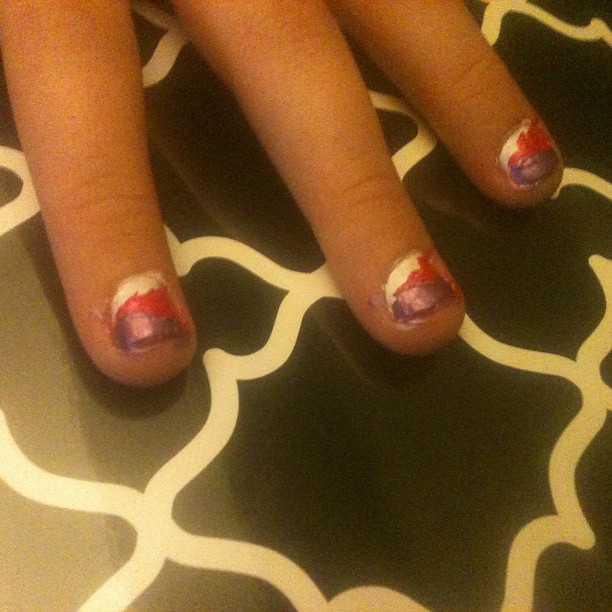 There were too many layers and it was just nasty.

In other random news: I got new family stickers to make my minivan official. 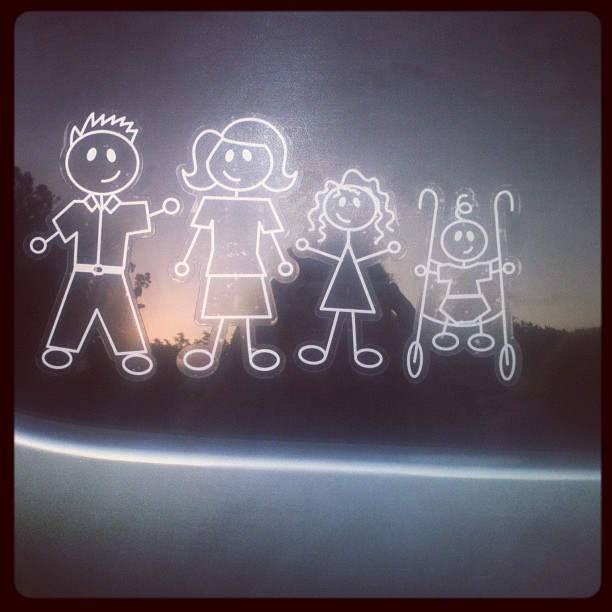 And this dog, who I love, but who is losing his mind decided to roll in the rain water that collected in our backyard one day last week. I just have to shack my head... 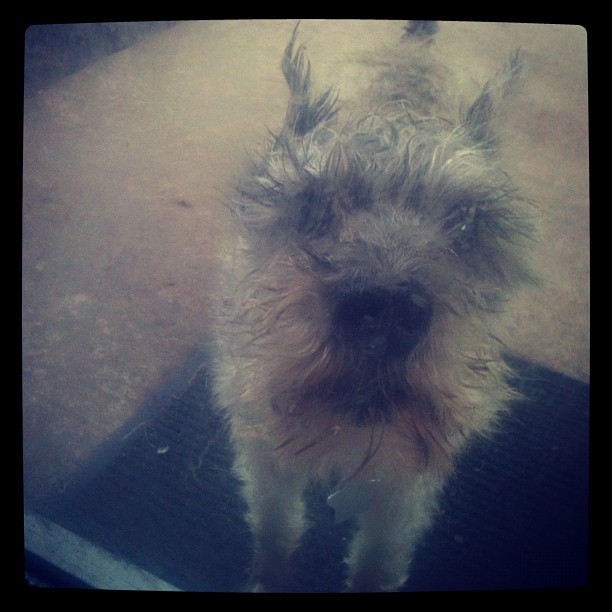 It looks like I also need to clean the glass in the back door again.