I found it! My lovely little cord that unlocks all the memories trapped in my small digital camera! That and a little sanity.

So on to it – The Day We Met the Woman behind the Blogging World Famous Cinnamon Rolls (that everyone has made except me – not sure why) – Ree Drummond – The Pioneer Woman! 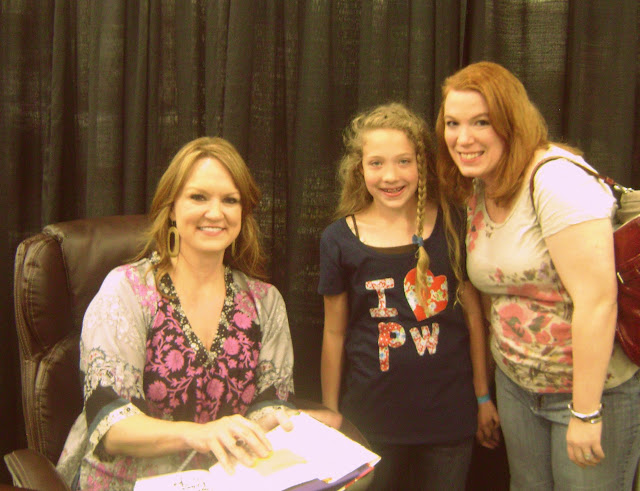 Before I even get started if you do not know Ree then visit these places.

Her Blog
Her Food Network Page
And just of Fun – this cute YouTube Video…it’s so true!

Anyway, back to it!

About five years ago I met my idol – Paula Deen. I waited in line with my friend Holly for hours. I practiced over and over what I would say and thought where I would put my picture of me and the queen of butter, Paula. I left that book sign a bit disappointed. Being my first book signing I was a bit naïve and I thought for sure that I would get as much time as I wanted to with Paula. I could tell her that the first recipe I ever made of hers was Peach Cobbler (which I still make for every event) and she would say how much she adored me thus inviting me to for the weekend.

After standing in an endless line that wrapped in and out of the aisles in a local Wal-mart we were told Paula would sign just one book, she would not stop to pose for pictures and all she was signing was her name. They herded us by her quickly and I get a brief hello and a picture of the back of my head before they pushed us along. Looking back though – that brief moment was divine for me!

Why am I talking about Paula when I am here for Ree? I want to tell you Ree’s signing was NOTHING like Paula’s at all!!! I was so relieved. Especially, since I decided it was time for to experience the madness of a book signing.

The night before I helped create her t-shirt for the day out of scrap fabric. She was so excited! 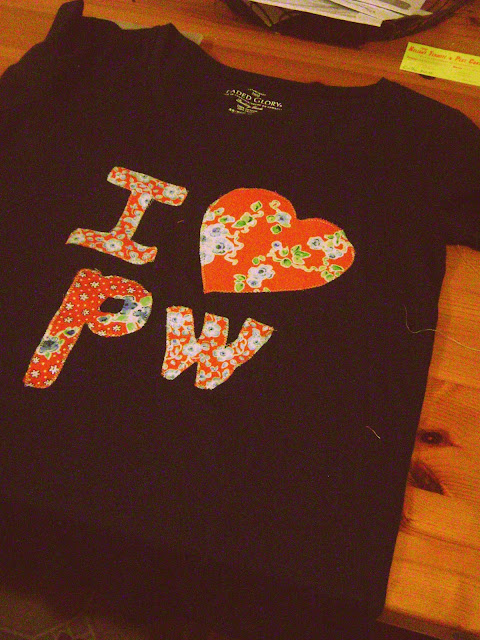 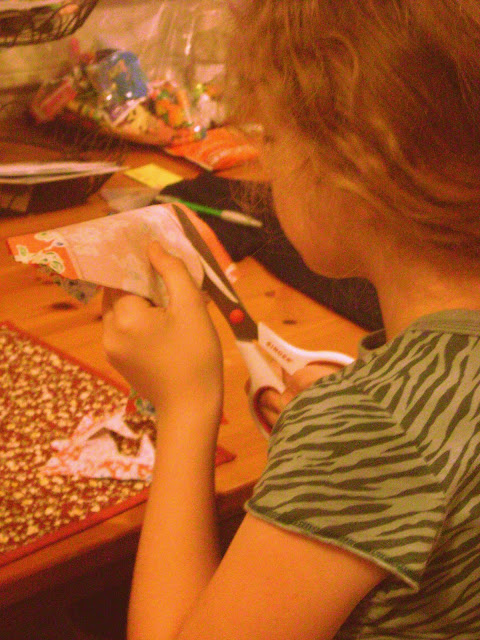 When she woke up the next morning she told me her dream:

I dreamt that we got there and we were the first ones there. She walked in and saw us. She walked up to us and said “oh what I cute little girl.” She talked to us for a long time. Then when we got to the front again she said, “aren’t you the ones I talked to earlier? I don’t normally do this, but here is my phone number. You should come to the Ranch.”

Yeap, Shelby is her mother’s daughter. Poor thing. I explained to her that Ree had a bunch of people to see that day and I don’t think that we would be pulled out of a crowd of hundreds (possibly thousands). I made sure she knew it would be a long wait and we would only have a few minutes with her. I asked her again and again, are you sure you are up to this? 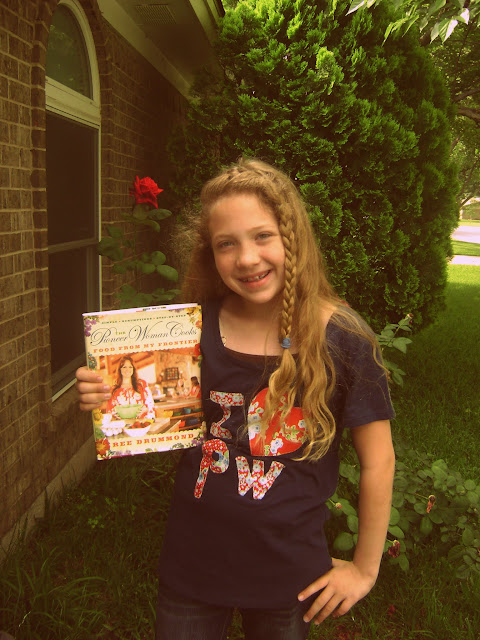 was in and there was no changing her mind. We left our house around 10:15 am and started the forty minute drive into . The entire time practiced what she would say.

I should have known better – the signing started at Noon and we made it to the door at eleven – there were hundreds of people there before us. We found our way to the back of the store (it was at a Sam’s Wholesale Club) and the back of the line in frozen foods – glad I brought a sweater.

Don’t you just love those lines? I love listening to conversations. I love how when you get a bunch of women in the same place they always seem to compete to see who knows the most about the person we are waiting for. There is always someone who reads every thing she writes and has made every single thing Ree has published. This is so how I was at the Paula Deen signing, but this time I decided to just stand quietly with my daughter. This time I wanted it to be about – I wanted her to have the best experience. 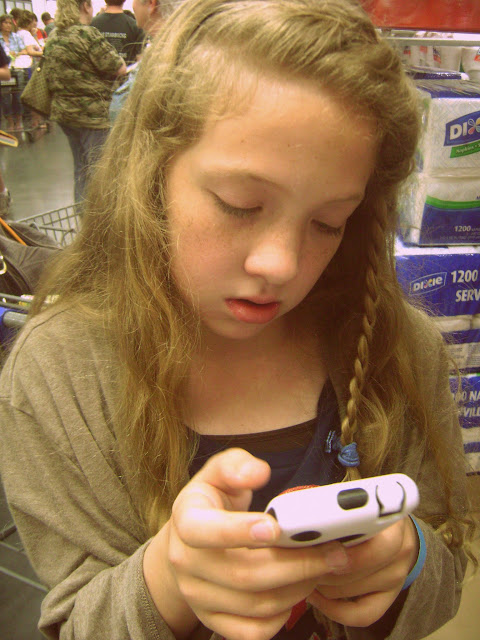 It took us four hours to get from the back of the store to where Ree was. kept busy on my iphone – it was difficult for her, but she made it through. We were a few feet away and got a case of the serious nerves. I practically had to push her up to Ree. Everything she practiced was gone – poor girl. 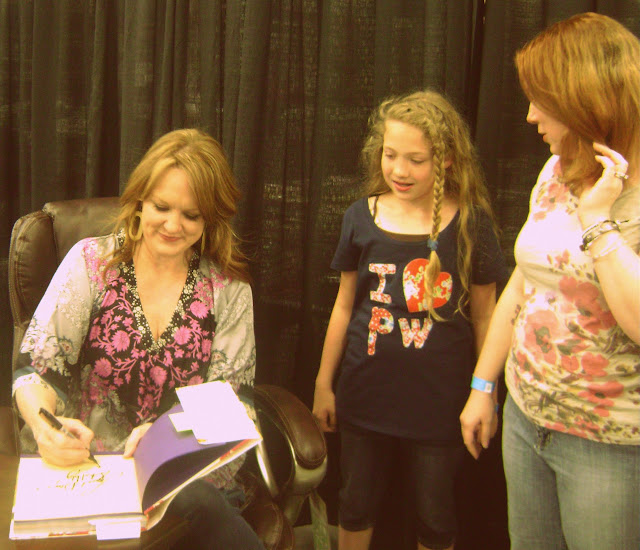 Ree just smiled and asked questions. Then she said “Well, nice meeting you Shelby” and she touched ’s arm. about died, “Ree touched me Mom! That is so cool.”

Later I total that I kind of felt the same way even though I was trying to keep my cool – I mean she looked and sounded just like she does on TV- heehee.

As we walked out, said, “man, I want to do it again, I know this time I can tell her everything I wanted to say!” She had a blast and said it was worth the four hours even though she really doesn’t want to be a Sam’s again anytime soon.

Wonderful and Perfect – that is the only way I can wrap it up. It was exactly what it should have been: Ree made it a point to talk to , we have personalized autographs and really good pictures. This is one of those memories I love making with . Now I am eager to see who is else having signings…hmmm…google search.