Over the past year I have learned that grief is the absolute worst emotional to deal with. I had felt grief of losing a relationship before and even grief of losing a grandparent or a childhood friend, but it seems like the grief I have been through in the past year and a half has been worse. It might be that it is current and fresh or it might be that what I have lost has been so much closer to me.
Sunday afternoon I was laying down for a nap. We had just gotten back into town from an awesome weekend getaway. I was trying to get some rest before got home and I thought I was entitled a nap since it was Mother’s Day.
As I laid down I heard JAG’s phone ring in the other room. I don’t remember paying attention to what he was saying I just remember closing my eyes then him waking me up asking me if I knew what bloat was in dogs. I had no clue. He handed me a number and said I needed to call the emergency clinic. They had Beau and need to talk to me.
We had left Beau and JAG’s dogs at the Petsmart Hotel for the weekend. We were going to wait until we got settled before we picked them up. If you haven’t had the pleasure of meeting Beau he is my six year old black lab/basset hound mix. He has been a dream! The best dog ever! I was planning on blogging about him and how simply adorable he is and I guess I am getting to do that now. 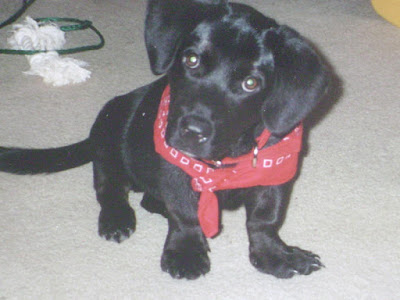 I called the emergency clinic and spoke to Dr. Smith (that’s her real name). She described to me how Beau’s intestines had flipped and twisted and how this was a big deal. I already knew…seen one too many pet ER shows. I quickly got dressed and JAG drove me to the clinic. I remember walking through the door and see the PetsMart employees. I remember trying not to go crazy mother on them. I repeated to myself over and over…this is not their fault. In that moment I really became this dog’s mother. It hit me that I had not spent the last six years as a dog owner; I spent the last six years mothering this animal that I love so dearly.
They took me back quickly to see him. He has been sedated since he started to have seizures while I was on the phone with the doctor. I remember he looked so small, smaller then I remember him being lying on the table with oxygen and tubes running out of him. The first thing I did was rub is velvet black ears as I gave him a kiss. 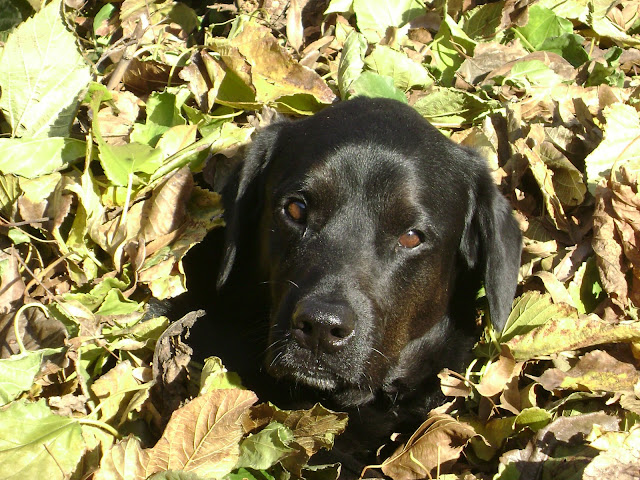 I was told the cost for him to go into surgery before I got to the hospital. It could be up to $10,000 before the night was over and there was no chance he would make it through the night. There is also a very high chance that would happen again. This was the mother of all dog surgeries and one that this single mother could never afford. After a small plea to my parents I made the decision that the right thing to do would be to relieve him from this pain and any future pain. I put on a brave face through my tears and said “can I sign the paperwork now?”
I stood beside the table and petted Beau and they removed the ventilator. I kissed him over and over has they administered the drug to stop his heart. I watched him stop breathing and then I lost it. Who wouldn’t?
JAG says I am handling this better then he would, but I feel crazy for being so emotional over a dog. I seriously feel like I have lost a child. It feels horrible to be at home without him here. To not hear his nails tap on the hard wood floors. To not see his head poke out of the vertical blinds when you drive up.
I took today off from work so I could vacuum up pet hair and throw things out, but I can’t. I can’t do it. Not today. I don’t want to because then it will never be there again. There is a bowl full of food in my kitchen by his water bowl and I can’t throw it away. It’s been almost 24 hours and the only time I haven’t been in tears was when I was asleep (which was induced by Nyquil).
I hate it! I hate grief more then anything! It’s crazy because I am having the some emotions I had when I lost James.
It’s not going to be ok because it’s not ok. It’s not ok to have to deal with this.
I get selfish because I don’t want him in a better place…I want him here with us.
These are the same things I said a little over a year when I lost James. I know it will get better, I know that we will get through it and we will move one. It’s just so hard right now.
Posted by Dana Rae at 12:18 PM